Germany and Austria make the difference at European Cup Coimbra 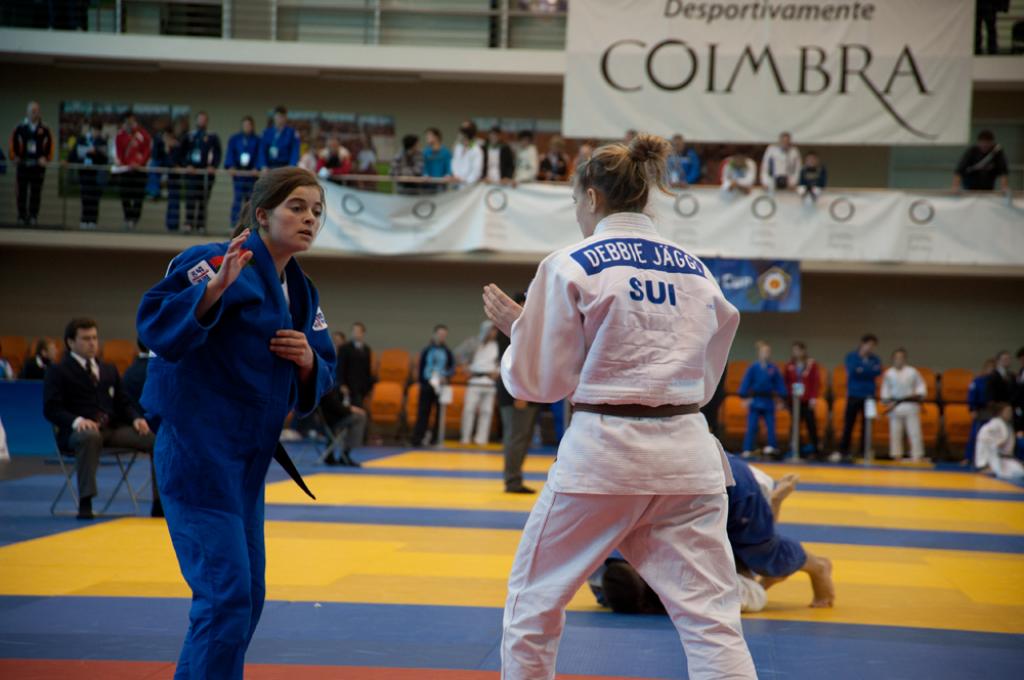 On Saturday Canada and The Netherlands were the outperformers. The Dutch added six more medals, but lost two finals but won four bronze finals.

Again the stands were full and the crowd enthusiastic. Attendance of local VIPs: representatives of the Portuguese Sports Institute of Portugal. The matches were truly exciting and well balanced. We highlight the last final of the competition, the under 81Kg category between Portuguese Kirill Samorodov and German Robin Gutsche. Samorodov was very close to winning by Shime-waza and if he had done so, he would have repeated the semi-final win, but Gutsche proved to be stronger and won by 2 waza-ari in a fight which lasted three minutes.

Host Portugal celebrated a gold medals today; Celio Dias won the category U90kg. A very exciting category as the portuguese favourite Dias is in a great shape. He kept on attacking constantly since the begining of the match with strong seoi-nages. His Dutch opponent Sjors Riddersma received three penalties for passivity and the final shido came at 75 seconds from the end giving Célio Dias a fair win.

In the under 100Kg category, the match was well balanced and just as the end approached, the Dutch Sjoerd van Mierlo tried to overcome the British Philip Awiti-Alcaraz (who was in adavtange with one yuko) with a direct kata-guruma thus being penalized with Hansokumaké.

Also in the +100Kg victory came in express mode for the German Paul Elm versus his team mate Benjamin Bouizgarbe, also from Germany. At just a few seconds from the start of the match the Elm delighted the audience with a fantastic Uchimata.

Enjoy all photos of the European Cup in Coimbra in our gallery: