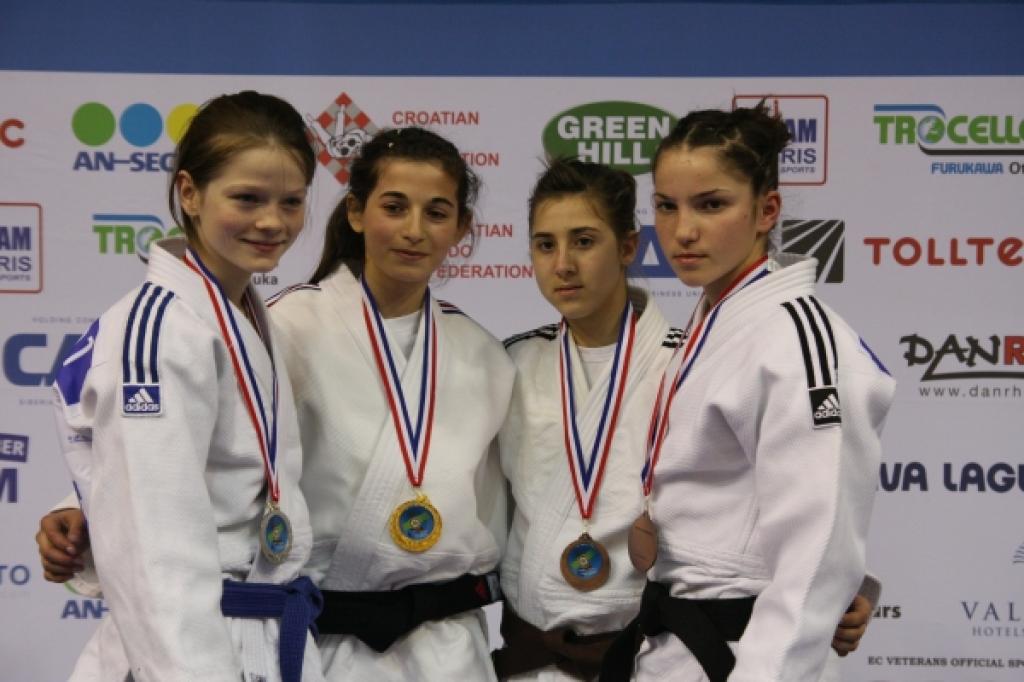 Unique fact was that Bosnia won its first ever European Cup for Cadets in the history. Nemanja Majdov (BIH) defeated Strahinja Buncic (SRB) in the category U66kg. Bronze for Swiss Vincent Genito and Germany’s Marvin Agarius.

In the lightest young men’s category U50kg Italian Angelo Pantano starting strong in his bronze match. The small but powerful youngster added an ippon in the third minute to take the bronze. Pantano lost in the quarter final against Skopnynko of Ukraine who also won bronze. A strong poule with Moritz Plafky (GER) in the final to take on to Andrea Ingrassia of Italy. Plafky won convincing within 90 seconds.

Germany divided the top medals U52kg among two fighters. Katja Stiebeling won gold against her compatriot Michele Huerzeler, both not coached. France had two chances for bronze and Astride Gneto won the first, but Sofia Fiora defeated Sarah Harachi.

Slovenia was dominant U48kg with two medals, gold for Anja Stangar and silver for Andreja Leski. Stangar is EYOF champion and bronze medallist at the World U17 Championships. Germany won bronze by Anne-Sophie Schmidt and Italy added a medal because of Adele Ravagnani’s victory.

An exciting final in the category U44kg French Noelle Roseline Grandjean scored an early waza-ari in her final against Reka Pupp of Hungary. The youngster, coached by former World Champion Akos Braun tried to defeat Grandjean on the ground but came back one minute before the end with a good score and won her first gold medal for Hungary after winning silver and bronze at previous European Cups.
Another bronze for Italy where Marion Huber decided the match in the last minute. Soraya Bernstein won bronze for Germany by a unanimous decision against Ivanna Stytsun.

In the light young women’s weight class U40kg another German girl in the final, well coached by Jana Degenhardt herself a German talent at that age, but 12 years ago. Annika Wittekindt faced a strong French Romane Yvin (FRA) who needed just 27 seconds to score waza-ari and ippon. Bronze medals captured by Tsvetelina Tsvetanova (BUL) and Camelia Ionita.

Watch the photos later tonight in our media gallery.

Download the results below or in our results section.