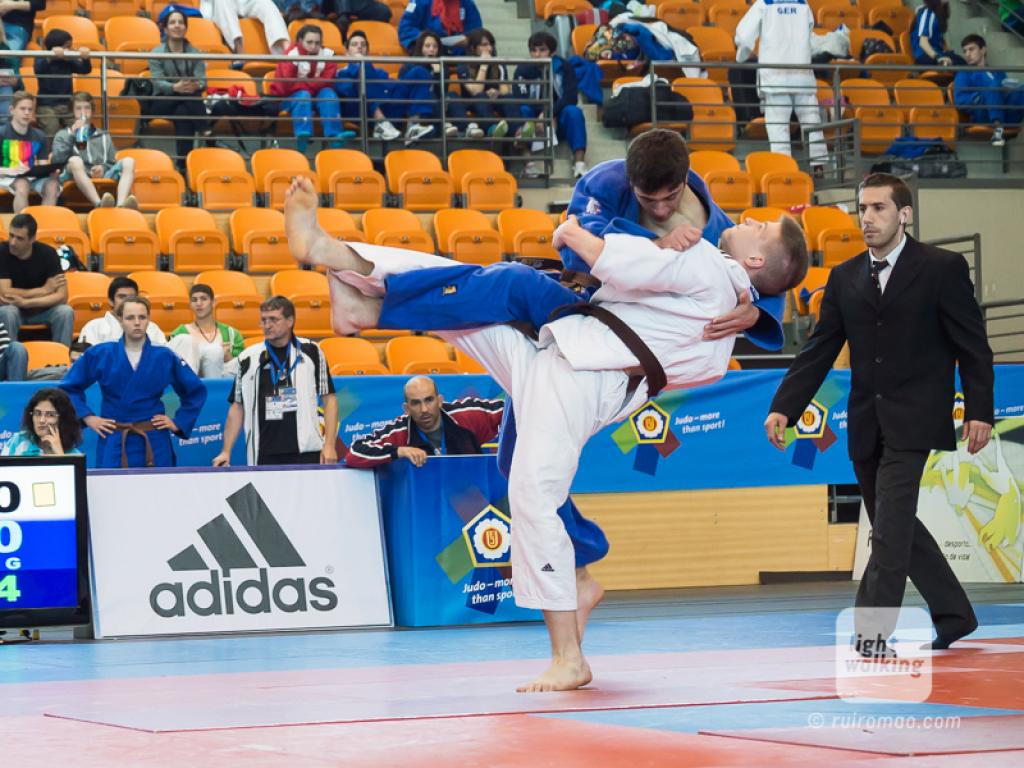 The second day of the European Cup for Cadets in Coimbra was marked by a great performance of the German athletes, who heard their anthem played 7 times today.

The audience witnessed some nice judo from Eduard Trippel (GER), who won with a big ippon against German Duran from Estonia, however, one of the most exciting finals was the match between Daniel Zorn from Germany and Musa Shakaraliyev from Azerbaijan. The gold was taken by young German player with a spectacular seoinage ippon. The only non-german golds of today were claimed by Martin Hojak from Slovenia, who defeated a strong Azeri youngster Samir Aghayev and by Italian Alessandro Graziano, who faced in the final Henrik Noack from Germany. In total, Germany finished the competition leading the medal table with 9 gold medals, followed by Azerbaijan with 4 and Italy with 2 gold medals. This year’s edition of European Cup Cadet Coimbra welcomed 415 athletes from 21 different countries, establishing a new record of participation for Portugal. Watch all photos in our gallery: