Germany leads the medal dance at World Cup in Sofia 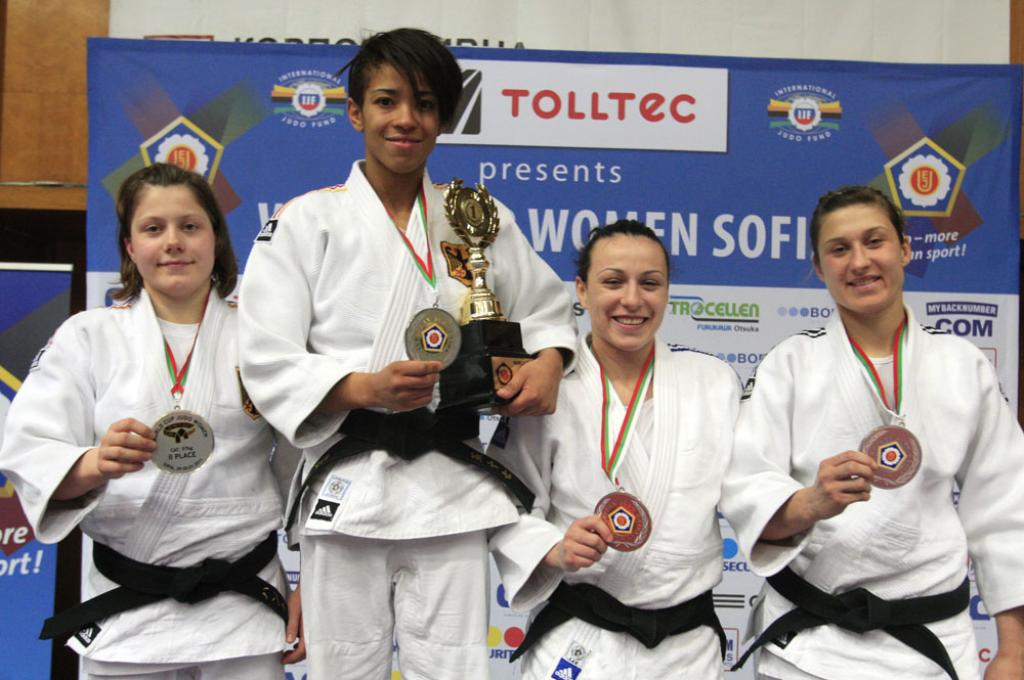 Germany is leading the medal tally after day one of the first World Cup weekend of 2011. The German women won three medals at the World Cup of Sofia. In the Bulgaria capital it was Miryam Roper who won gold U57kg. In the final she defeated her countrywoman Hannah Brück.
Germany won bronze by Mareen Kräh U52kg. Last year Germany also won three medals at the first day, but no gold medal.

Japan won gold U52kg and silver U63kg. Yuki Hashimoto (JPN) collected gold after she had won the World Cup in Suwon in December. This time she defeated junior world champion Majlinda Kelmendi who competed on behalf of Albania in the final. Before that the tiny Japanese had beaten double European Champion Natalya Kuzyutina (RUS).

U63kg Haruka Yasumatsu lost her final against Esther Stam, the Dutch who won her third World Cup at the age of 23. Stam won in Lisbon in 2009 and Warsaw last year. Hilde Drexler (AUT) and Marta Labazina (RUS) won bronze in this division.

In the lightweight class Turkey won its first World Cup this year. Sumeyye Akkus, the Turkish Champion, won her first World Cup ever in her career. Last year Turkey won four World Cups, but now the organizer of the European Championships has a great start. The 21-year old Akkus won the European Cup in Istanbul last year. The Turkish team have double positions in some categories four months in advance of the Europeans. Since this year countries can participate with two judoka in one category at European Championships.