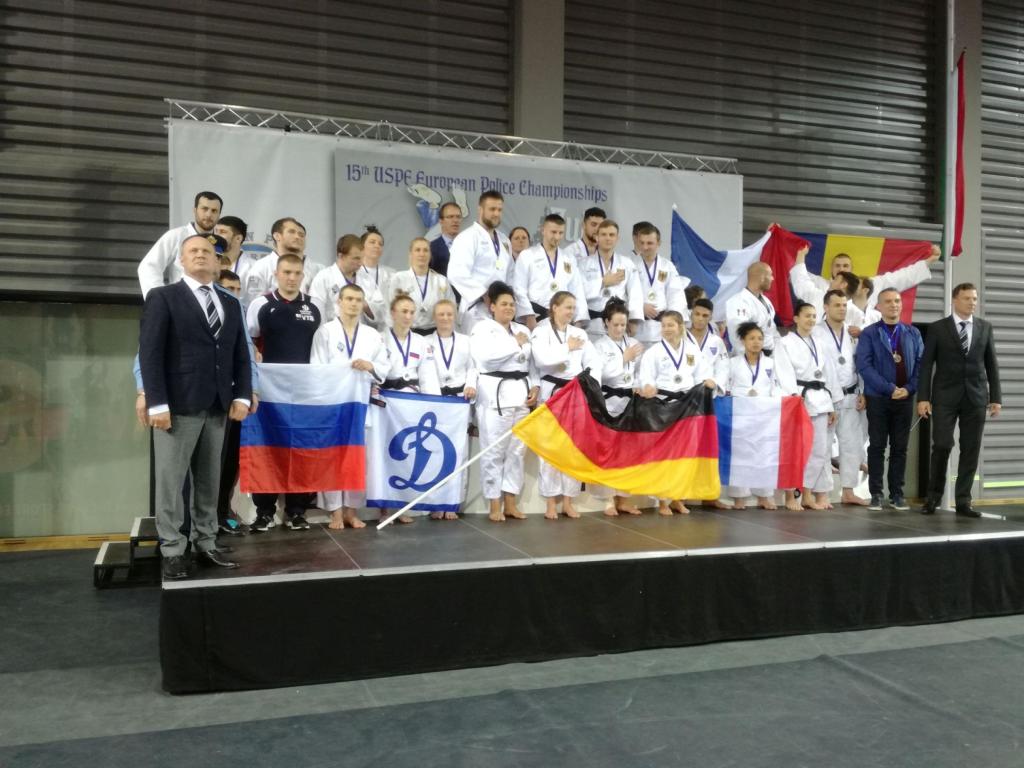 The USPE European Police Championships were wholly a success, 162 athletes battling it out from 16 nations. The French and Russian male athletes took medals in every category and the German women showed their class, snatching five of the seven gold medals available, adding to their total of 14.

Among the German women’s gold medallists were European Games and Dusseldorf Grand Slam bronze medallist, Szaundra DIEDRICH (-70kg) as well as Junior World and European Champion, Sappho COBAN (-57kg). The wealth of talent was apparent across the board including the -78kg gold medallist, Maike ZIECH who took a gold in the Agadir Grand Prix in 2018. DIEDRICH was struck down with an injury that had sidelined her for some time but looks to be fighting fit again.

It felt good to compete again! To win the competition was nice and a good step to come back. For sure it brought me some confidence and now I am working in Korea at a training camp for those results at the top level. Next stop will be the Grand Prix in China!

All three countries found themselves on the podium following the third and final day during the team competition, Germany convincingly taking the gold and beating two of the strongest teams on the way.

During the closing event of the tournament, the flag of the European Police Sport Union (USPE) was lowered during an official ceremony. The acting President of the Hungarian Police Sport Association, Dr. Peter Varga  Police Brigadier-General proceeded with the handover, passing it on to Luc Smeyers, President of the USPE. Mr Smeyers then gave it to the representative of the forthcoming organising country.