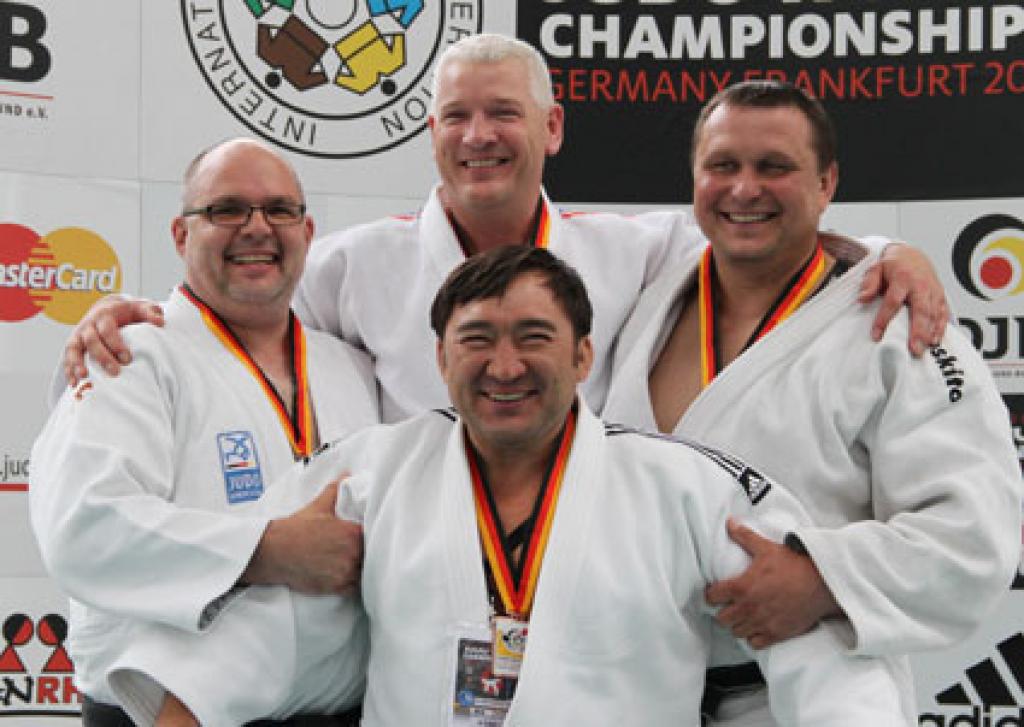 Germany has won the medal tally at the World Veteran Championships. The host won 18 gold medals and 65 in total.
Russia follows with 17 gold medals and 55 medals in total.
Most over the German women dominated the matches with 13 victories in 29 divisions. 22 Nations competed in the women’s division.
In the men’s category Russia won 16 categories followed by France (7) and Germany (5).
In Frankfurt am Main the German Judo Federation set the standard for a great annual event with more than 1000 fighters in various age categories and in total 49 competing nations. The oldest participant was Georg Johannes Reinartz from Germany aged almost 80. Just before is birthday he won the silver in the oldest category. Günter Schnürch won his fourth consecutive world title.
The Italian women won the team event on Sunday in their final against host Germany. The young French team aged between 30-39 won in the men’s category but all three older team divisions were won by Russia.