Germany strong at day 2 of European Cup in Sindelfingen 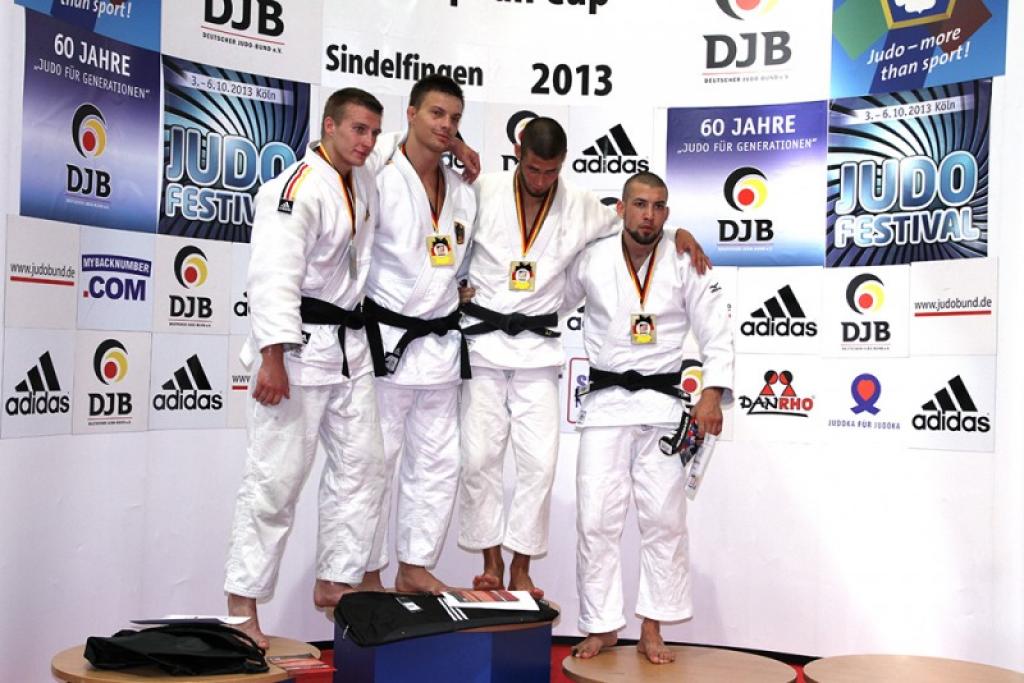 Germany struck at the second day of the European Cup for Seniors in Sindelfingen. The German team added four gold medals to the gold of Saturday by Boris Trupka.

On Sunday Max Munsterberg started the race for gold U81kg in the final against Hannes Conrad. Faruch Bulekulov even took a bronze medal for Germany. Vitalii Popovych won bronze for Ukraine. AT this year’s National Championships it was Conrad who won the title.

British Michael Horley was in shape and won the gold U90kg. In the final he defeated Ihar Zhukau of Belarus. Dylan van Nuffel (BEL) and Domenic Wenzinger won a good bronze medal among the 18 participants.

Same number U100kg where Karl-Richard Frey  claimed the victory. Against Swiss Flavio Orlik Frey won his first European Cup for Seniors. Since his European Junior title in 2010 Frey won a lot of medals but none of them an attractive international gold medal. Today he defeated strong Or Sasson (ISR) and teammate Dino Pfeiffer as well.

Belarus was successful in the open category +100kg where Aliaksandr Vakhaviak won gold against Swedish Martin Pacek. A good medal for the Belarus champion who wasn’t very spoiled with international success either.

In the women’s division Germany was really successful as well with two gold medals. U78kg Kerstin Thiele won an all German fight against Annika Heise, the winner of the European Cup in Celje. Thiele is preparing for the World Championships, in London she was the Olympic finalist.

Kristin Buessow captured the first place when she defeated Dutch Lena Buseman. Buessow faces a lot of competition in her own country but those weren’t in Sindelfingen and Buessow confirmed how strong Germany is in this plus category.

Slovenia won bronze by Ana Velensek U78kg but was successful for a second time this weekend U70kg. The second women’s gold was for Anka Pogacnik. She overcame Jennifer Pitzanti in the final. The Italian defeated Heide Wollert in the quarter final, who won bronze afterall. Anne Kathrin Lisewski completed the four on the stage.

Watch the photos of the event in our gallery.