Germany takes most medals but misses out on gold 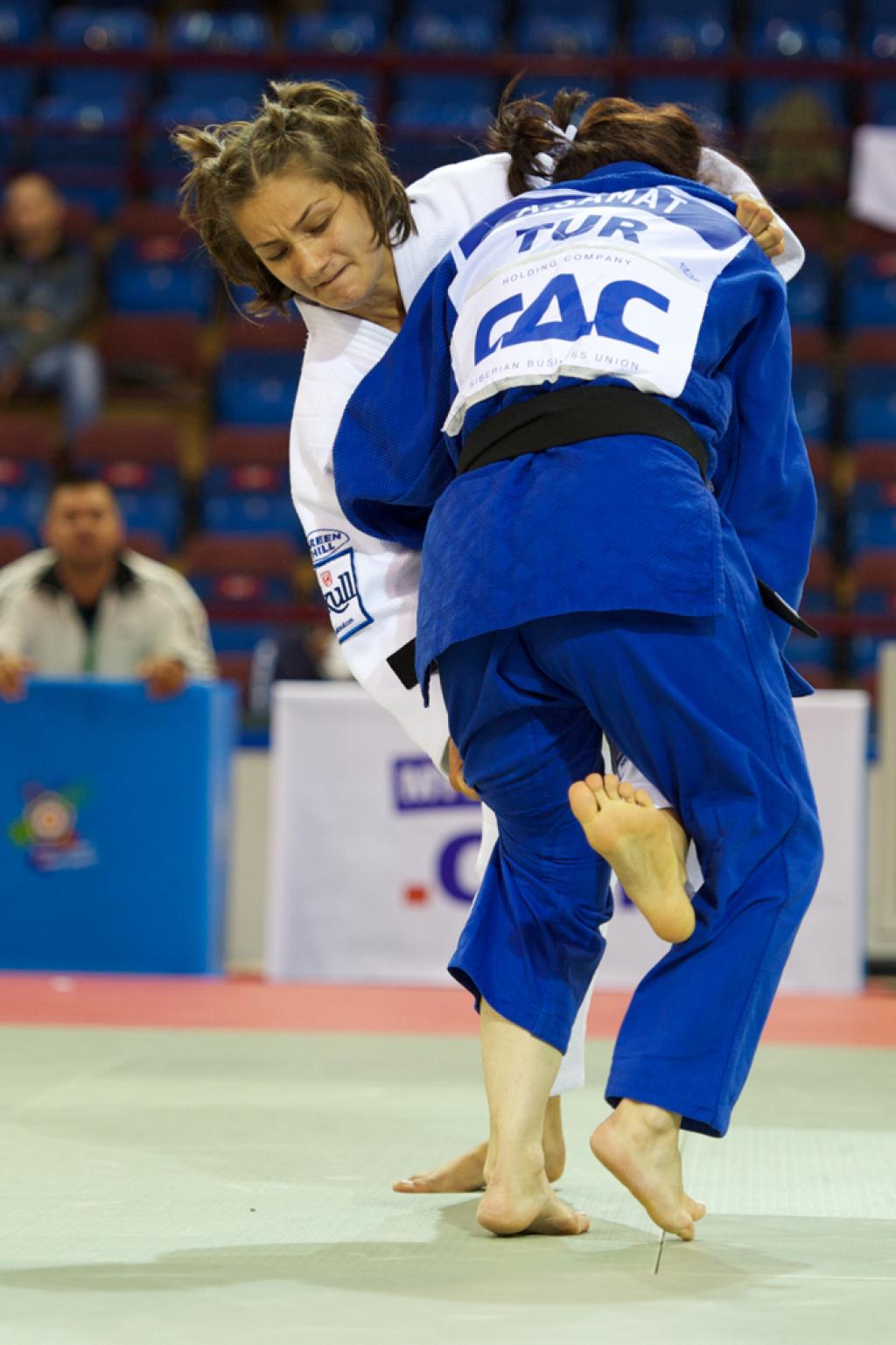 A Russian final made the difference today in the medal table of the women’s World Cup in Minsk. Liudmila Bogdanova defeated Nataliya Kondratieva in the battle U48kg.
Another Russian judoist, Rada Abdrakhmanova who lost the semi final to Bogdanova, won bronze. Germany won bronze thanks to Michaela Baschin. The oldest judoka were the ones to enter the podium in the afternoon. The oldest, 28-year old Bogdanova, on the highest stage.

The youngest winner today is from Kosova. Majlinda Kelmendi who fights for Albania won another World Cup. Last week she won the World Cup in Rome and last year she collected the gold at the IJF Grand Prix in Tunis. 20-Year old Kelmendi is in a good shape and won her fifth medal this year in her weight class U52kg.
In today’s final she defeated Rosalba Forciniti (ITA) for a third time in one year. This year she beat the Italian at the European Championships in Istanbul and last year she won in Rotterdam.
Forciniti won bronze in Rome last week but didn’t fight Kelmendi there. This year she also lost the final of the IJF Grand Slam in Rio de Janeiro where Penelope Bonna (FRA) won bronze. Today the European Champion stranded against Forciniti in the semi final and lost her bronze fight against Maureen Kräh (GER).
Aynur Samat from Turkey won the second bronze, her third at World Cups this year.

In the class U57kg Yadinys Amaris of Colombia won the gold and is the second Colombian to win a World Cup ever for her country. Former World Champion Yuri Alvear won the previous three U70kg but 27-year old Amaris wrote history today in Minsk when she defeated German Johanna Mueller in the final. Amaris won three matches today. 21-Year old Mueller won her first World Cup medal in the senior division.
Zhanna Stankevich who lost to Amaris in the semi final but won bronze after all against Cherepanova (RUS). Slovenian Ana Tatalovic won bronze too. World Championships participants Sarah Loko lost by hansokumake against Tatalovic in the quarter final.

Another judoka wrote history today: Johanna Ylinen won her first World Cup in her career. She is the fourth ever Fin to win a World Cup. Maarit Kallio won a World Cup in 1998, Niko-Tapio Niemela is still the only men who has won a World Cup. He won in 2008 in Tallinn. Jaana Sundberg won the IJF Grand Prix in Rotterdam in 2010 and today Ylinen is Finland’s number four. The 27-year old multiple Finnish champion defeated German Martina Trajdos in the final U63kg. Ylinen competed at many World Championships and at the Olympic Games. Trajdos was close to winning her first gold medal but was happy to reach the final as last week she just missed her first ever World Cup medal in her career. One of many fifth places, but also a collector of silver places. This year she lost the German final, but today is a good motivation to proceed winning medals in the senior category.
For Germany it was however the second loss today in a final. With four medals Germany is topscorer but sorted on gold Russia is leading after day one.