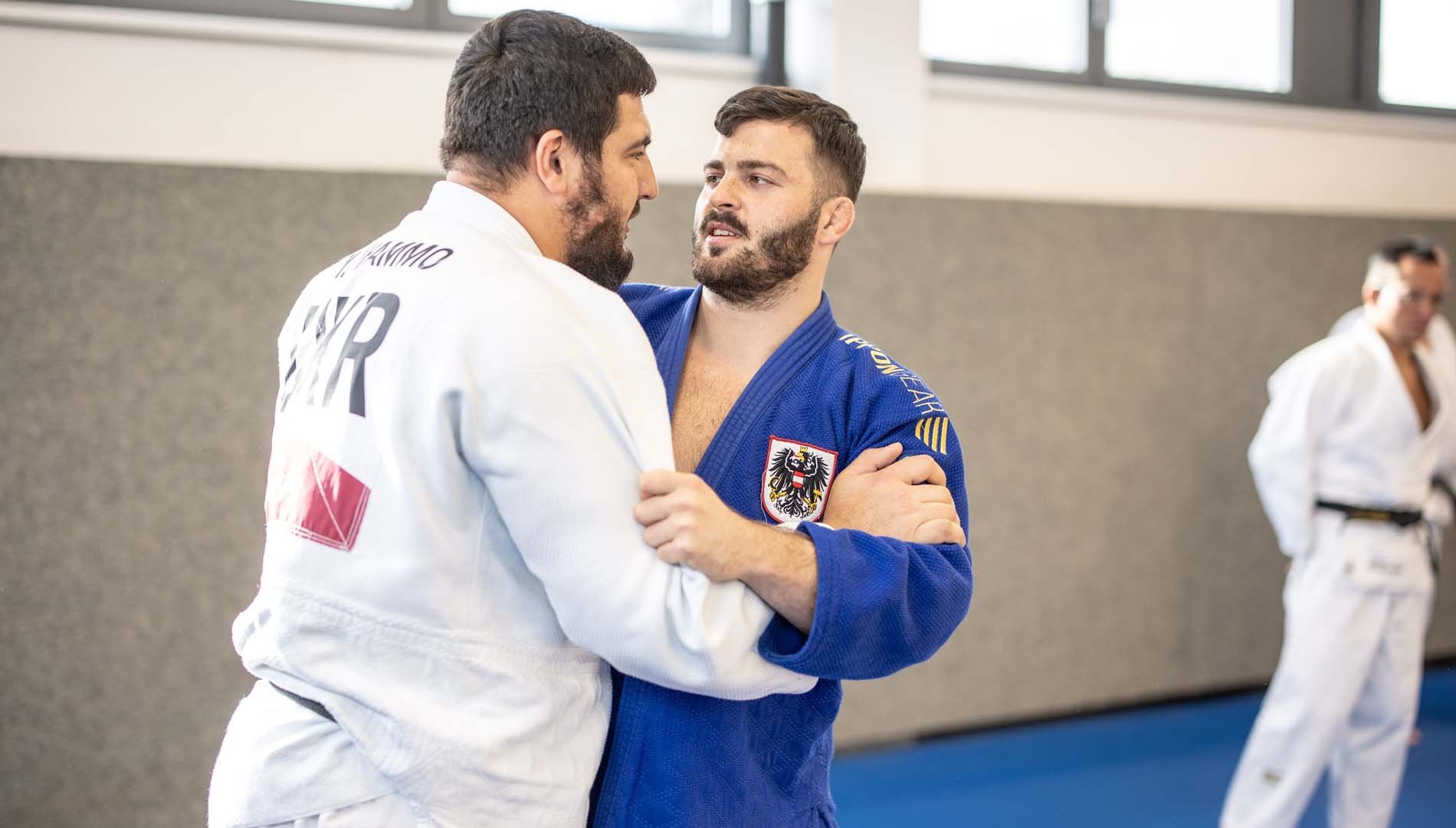 “We offered our help, as soon as the crisis began. We received their call on 24th of March, 48 hours later they arrived. Under these circumstances it was absolutely no discussion, that we are more than happy to help them and to host the whole team, board and lodging included”, recaps Judo Austria president Martin POIGER.

They have been living in a state of emergency since 24th of February. Some of them came directly from the conflict area, others travelled from a training camp in Italy by bus to Austria’s capital city. For the next four weeks, until the European Championships in Sofia, they will be trying to focus on Judo matters as best as possible. After 1st of May their situation is unclear, to say the least. “We have got the authorization for training until Sofia only. Then we have to wait and see, what will be decided. Only for our top-guys, like Artem and Yakiv, who will start to engage in the Olympic qualification, it’s quite clear, that they will focus on their sports career, for all the others, coaches included, we have to wait and see”, clarifies Quedjau NHABILI, member of the coaching staff. “I have been in Kyiv, when the invasion began. First I got my wife and my little daughter out of the trouble zone, in order that they feel secure. Then some Judo friends and myself tried to help Georgii (Zantaraia), a former teammate, who became a politician and is member of the Kyiv City Council. We helped to provide elderly people with medicaments and food”, tells the 31-year-old.

“We are incredible thankful and relieved, that we are allowed to participate at the European Championships”, emphasizes Artem Lesiuk. Mid of February he won in Tel Aviv his first Grand Slam title. The last couple of weeks he barely trained. “We had other things to sort out. Only now, in Südstadt, we are able to focus on sports again. Practising helps to handle the current challenges and it’s good for distraction too. Otherwise we would follow the news or phone with our relatives all the time.”

Would a European Championship medal in Sofia make any difference? “It would be great of course. Our people would consider that as an important success. On the other hand it’s more important, that our families are allright.”