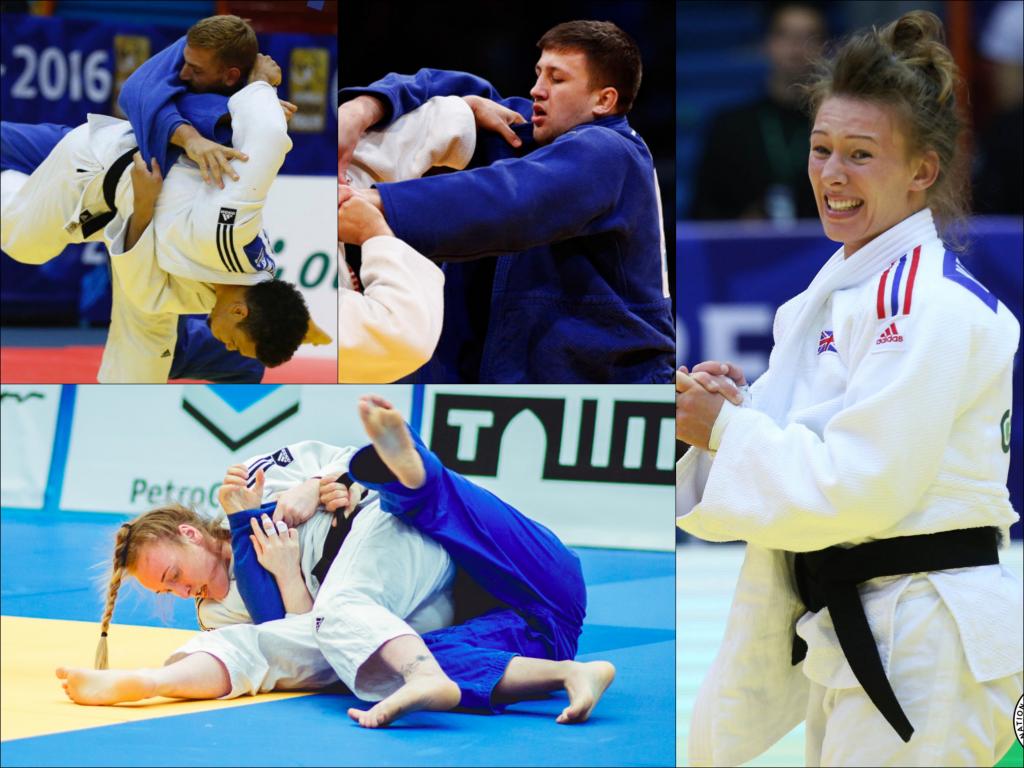 Glasgow is the latest stop on the road to Tokyo 2020 as over 200 judoka from 30 countries will step on the tatami at the Emirates Arena on Saturday, the 15th of October. At time of entries closing the 2016 Glasgow European Open is the largest world ranking event since the Rio Olympic Games with 243 male and female judoka entered in total.

This will be the first time that the Glasgow European Open will have hosted both male and female judoka on the same weekend and with all 14 weight categories fighting on the same day the crowd will be treated to a lot high-class judo. There will be a lot of interest for the home crowd with a 43 strong GB team in action but a young Brazilian team that has been selected as part of their ‘Ohayo Project’, will also be worth a watch. The ‘Ohayo Project’ aims to develop their younger athletes who have the potential to compete at the Tokyo Olympics.

In the Women’s weights at -52kg Karolina PIENKOWSKA (POL) will be looking to continue her run of form which has seen her win gold and bronze at the Zagreb and Budapest Grand Prix this year while 2014 Youth Olympic Champion Layana COLMAN (BRA) will also be in action as will KELLY EDWARDS (GBR) who has medalled at her last three events, including a first Grand Prix medal in Zagreb last month. Lucy RENSHALL (GBR) will be a home hope for a medal at -63kg after some strong results this year including a gold at the Tallinn European Judo Open though the experienced Marielle PRUVOST (FRA) and Austria’s Magdalena KRSSAKOVA will also be strong medal contenders.

Sanne VAN DIJKE (NED) goes in as top seed in the -70kg category. The 21 years old is a former Junior European Champion and has already medalled at Grand Prix level but she will be hoping to become the Dutch No.1 at her weight over the next four years. Karen STEVENSON (NED) and Sama HAWA CAMARA (FRA) will also be looking to make up ground on higher ranked teammates in this cycle at -78kg and both have European Open and Grand Prix medals to their names this year.

In the Men’s weights at -60kg, Glasgow boy Neil MACDONALD (GBR) will have a lot of support on the day and he goes in off the back of his best result to date when he won silver at the Junior European Championships in Malaga last month. Spain’s Joaquin GOMIS will go in as top seed in that weight and he’s on good form with gold at the Tallinn European Open and bronze at the Zagreb Grand Prix in September.

DOMINIC RESSEL (GER) will be competing for the first time since the Tbilisi Grand Prix in March and the -81kg top seed has pedigree at IJF World Tour level with a Grand Slam and Grand Prix medal to his name from Baku and Dusseldorf respectively. Brazil’s former Junior World Champion Rafael MACEDO will also be looking to make a mark in Glasgow having taken -81kg silver in Tallinn last month while in the -90kg category British fighters hold the top three seeded positions in Frazer CHAMBERLAIN, Gary HALL and Max STEWART.