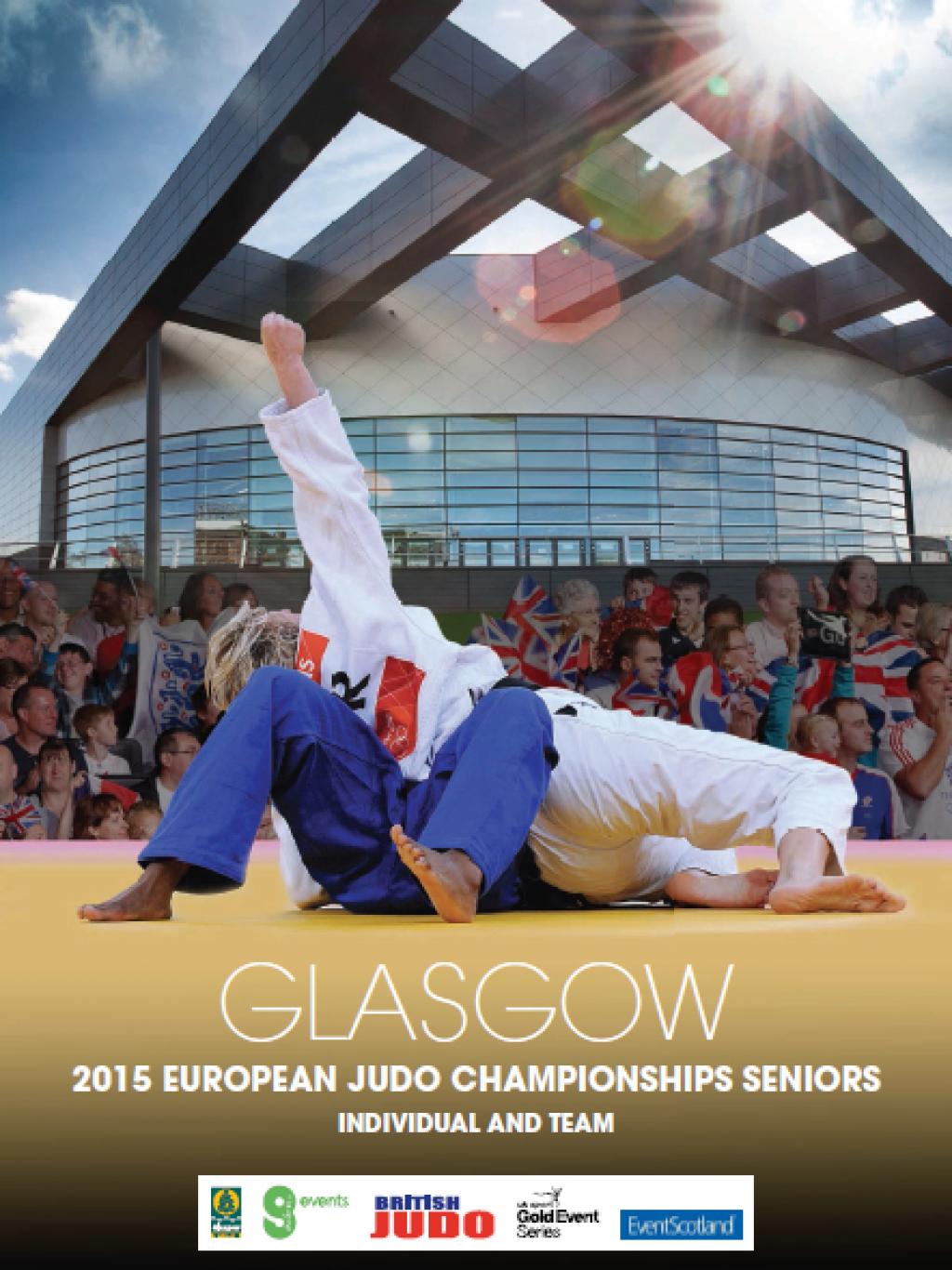 The British Judo Association is delighted to announce that Glasgow, Scotland has been selected as the host city for the 2015 European Judo Championships.

The European Judo Union’s (EJU) premier event is to return to the UK for the first time in 20 years and will be Scotland’s biggest ever judo event at the £113 million Emirates Arena, hosted by Glasgow Life and supported by EventScotland and UK Sport.

Building on the success enjoyed by judo at the London 2012 Olympic and Paralympic Games, the event will provide fans an exciting prospect with the 2014 Commonwealth games also in Glasgow. The event will see Europe’s top judoka battle on the tatami for prestigious title of European Champion and teams from across the continent striving to win the teams title.

The European Judo Championships 2015 in Glasgow is part of UK Sport’s £27million National Lottery funded Gold Event Series which aims to bring 70 major championships to home soil to build a strong sporting legacy for the UK.

The event will be a spectacular showcase for the sport, equaling the buzz and excitement of an Olympic and Commonwealth Games, whilst promising to deliver a fantastic experience to judoka and spectators alike, in a city full of culture and heritage.

In the build-up to 2015, Glasgow will host the 2013 and 2014 European Open with judo also featuring at the 2014 Commonwealth Games, giving fans a taste of what to expect.

News of the selection comes following a bid presentation at the European Cadet Championships in Tallinn, where British Judo sent a strong delegation including President and 10th Dan George Kerr and Chairman Kerrith Brown, as well as representatives from UK Sport and Glasgow Life.

Chair of Glasgow Life and the Executive Member for the Commonwealth Games, Councillor Archie Graham, said: “As one of the world’s top sporting cities Glasgow has a proud track record of delivering some of the biggest and best sporting events. That reputation has grown since the opening of the Emirates Arena last year and we are delighted to be adding judo to our events portfolio. As we look beyond the Glasgow 2014 Commonwealth Games it will be fantastic to welcome some of the world’s top judo stars to the Emirates Arena for the 2015 European Judo Championships.”

Sport Minister Shona Robison said: “Securing the 2015 European Judo Championships is a fantastic achievement. Judo is going from strength to strength, with JudoScotland continuing to grow its membership and the National Training Centre at Ratho supporting more athletes and development programmes. Scotland is the perfect stage for events – judokas and spectators coming to Glasgow will receive a great welcome and an experience that will surprise and delight. The European Judo Championships now join other major championships, such as world gymnastics and orienteering events, coming to Scotland after next year’s Commonwealth Games and the Ryder Cup.”

Simon Morton Director of Major Events at UK Sport said: “Through our Gold Event Series, we’ve been working with partners to bid for World and European Championships that build an enduring legacy from London 2012 and the Glasgow Commonwealth Games 2014. The European Judo Championships 2015 is the 25th major event we have secured for the period after the Games, and will make use of the wonderful Emirates Arena in Glasgow.”

British Judo Chairman Kerrith Brown said: “It’s an honour to have been selected by the EJU to host their flagship event and I’m extremely proud of what our bid team and partners have achieved.

“We’re confident that this event will be something special and provide a showcase for European judo to the world, creating a legacy for Great Britain sitting on a par in judo terms with London 2012 and the 2014 Commonwealth Games.”

“There’s been great interest in the sport following London 2012 and this event gives us a chance to keep the momentum through the 2014 Commonwealth to 2015 and beyond, continuing to grow the sport in the UK.”