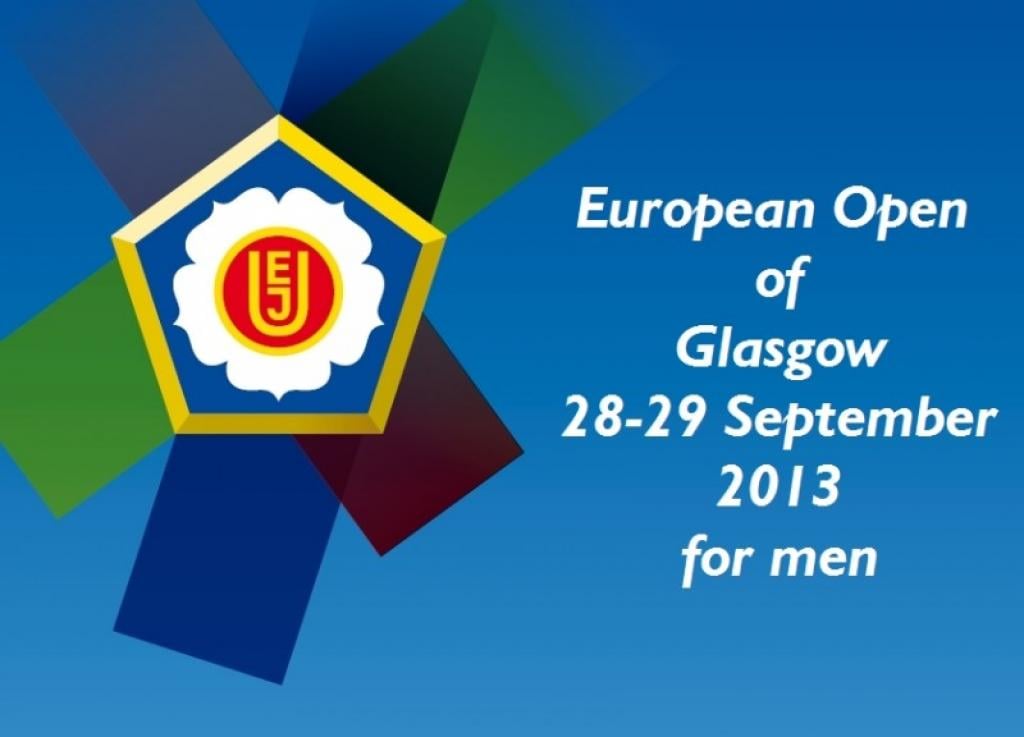 The British Judo Association is delighted to announce that from 2013 our Major International Events will take place in Glasgow, Scotland.

The Glasgow European Open (formerly GB World Cup) for men will be held for the first time in Scotland this year as the city hosts Britain’s judo showpiece event on 19-20 October 2013 at the Emirates Arena.

The two-day spectacle – which is supported by EventScotland, Glasgow Life and UK Sport – attracts the world’s leading nations and alternates each year between a men’s and women’s event.

As a key event on the international circuit the event, which is licensed by the European Judo Union and International Judo Federation, will feature the sport’s leading male judoka with London 2012 Olympic champions and Glasgow 2014 Commonwealth Games hopefuls all poised to compete.

British Judo will field a star-studded men’s team that will be expected to include London 2012 Olympians and Paralympians.

Glasgow is also the proposed host city for the 2015 European Judo Championships and will support British Judo in their bid to stage this crucial competition ahead of the Rio 2016 Olympic Games.

This bid will be supported by EventScotland and is also part of UK Sport’s Lottery Funded Gold Event Series.

Paul Bush OBE, Chief Operating Officer for EventScotland said: “Scotland is the perfect stage for major international events and we can now proudly add judo and the Glasgow European Open to our ever-growing portfolio. It becomes the latest event to be confirmed for the new Emirates Arena, which is already delivering a legacy for events from Scotland hosting the 2014 Commonwealth Games. The Glasgow European Open will attract the world’s top judoka and it will undoubtedly help us make the case for Glasgow’s bid for the 2015 European Judo Championships.”

Esther Nicholls, Head of Major Events at UK Sport said: “UK Sport is delighted that Glasgow will play host to British Judo’s annual European Open that will commence this October. The successful delivery of this series of events, combined with the invaluable experience of staging Judo as part of the Commonwealth Games next year, will ensure a strong bid for the EJU European Judo Championships 2015, which would be a great addition to the UK Sport Gold Event Series.”

British Judo Chairman Kerrith Brown said: “I am delighted that Glasgow Life and EventScotland has joined us in partnership to host our annual major international event in the city from 2013 to 2016. Also Glasgow as the proposed host city are key partners in our 2015 European Championships bid and so will play an important role in our bid process and event delivery. EventScotland and UK Sport are also key stakeholders in our 2015 bid and we will continue to work alongside these over forthcoming years. We look forward to working with our key partners and delivering fantastic events in the city of Glasgow over the next few years.”

British Judo Chief Executive Officer Andrew Scoular said: “Throughout our city tender process Glasgow Life and EventScotland shown an extremely strong commitment and desire to host British Judo’s major international events. We are very excited about hosting our major events in the city and working together with Glasgow Life, EventScotland and UK Sport to bid for the 2015 European Championships.