GLITTERING GIBBONS GETS IT RIGHT 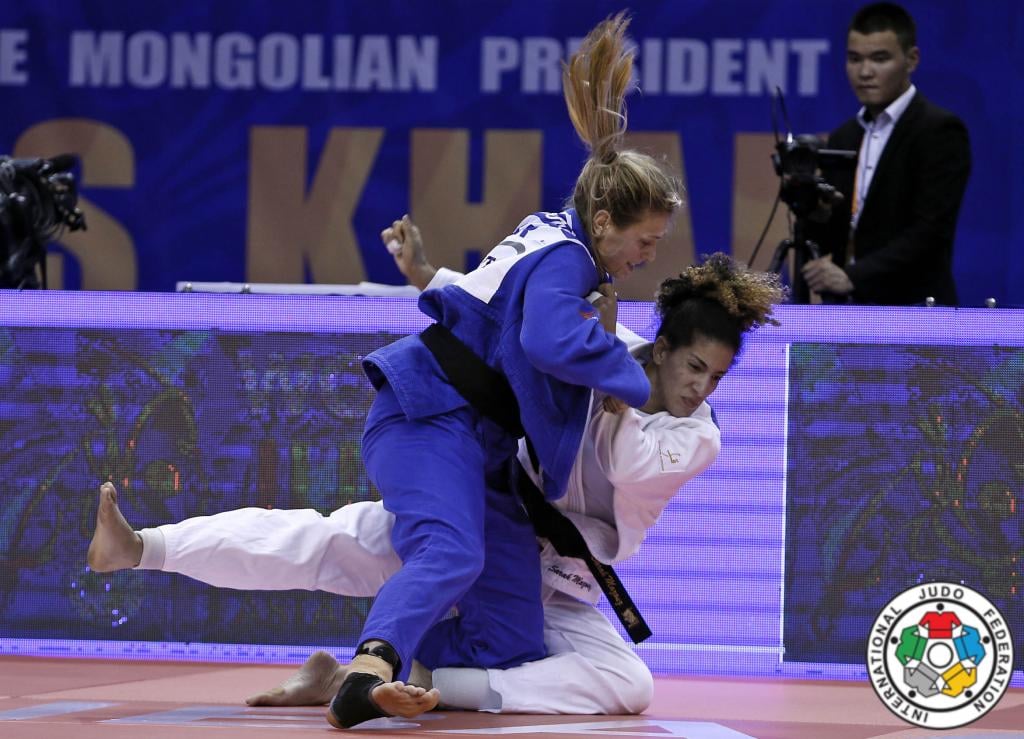 The route to success is paved with failures; ok, it’s not original, but it is true. Ask Gemma GIBBONS (GBR), whose list of injury setbacks has contributed to her inability to achieve her desired level of consistency. For a now fully fit Gibbons today’s gold medal-win in the -78kg category may be the catalyst for the British fighter in the lead up to the world championships in Astana in a little under seven weeks. After a first round bye, Gibbons faced a potentially difficult first contest against TAKAYAMA Rika (JPN) who scored yuko early on. However, the British fighter came back strongly and scored waza ari to take the contest and a place in the semi final. It is not often that a British fighter defeats two Japanese in a row. But that is exactly what Gibbons did throwing OGATA Akari (JPN) for waza ari in the semi final. In the final Gibbons caught number one seed Sarah MAZOUZ (GAB) with a beautifully timed yoko sutemi waza for ippon to collect her second IJF Grand Prix gold medal of her career.

Coach and husband Euan BURTON is without doubt Gemma’s biggest supporter. “I think he [Euan] would have been watching. He usually sets the alarm, watches, then goes back to sleep,’ said Gibbons. There have been question marks previously with regard to her fitness and general preparedness to which she answered, “I am happy with my current fitness levels and I’ve been working hard. But there is always room for improvement.” Asked about her contest with Ogata, Gibbons said, “It was an unattractive fight but I was expecting that as she is extreme left.” There is little rest for Gibbons who has her competition programme well planned out. “I’ll be at the British Open this coming weekend, Tyumen the week after that and then the world championships after that,” explained Gibbons. Being an Olympic medallist has drawn a great deal of attention to Gibbons who is expected by some to produce results on a regular basis. “I was unlucky to have picked up injuries in the past and that contributed to some inconsistency in my results. This performance here is what I was striving for, putting together a string of wins, so I’m happy that I’ve been able to do that here that I believe shows that I am on the right track,” said Gibbons. When asked whether London 2012 continues to play a part in her life Gibbons answered, “I think there is a really good team spirit with less stress than London. Of course I think about London from time to time but my focus is on Rio now.”