GOLD AT LAST FOR PATIENT CHERNIAK 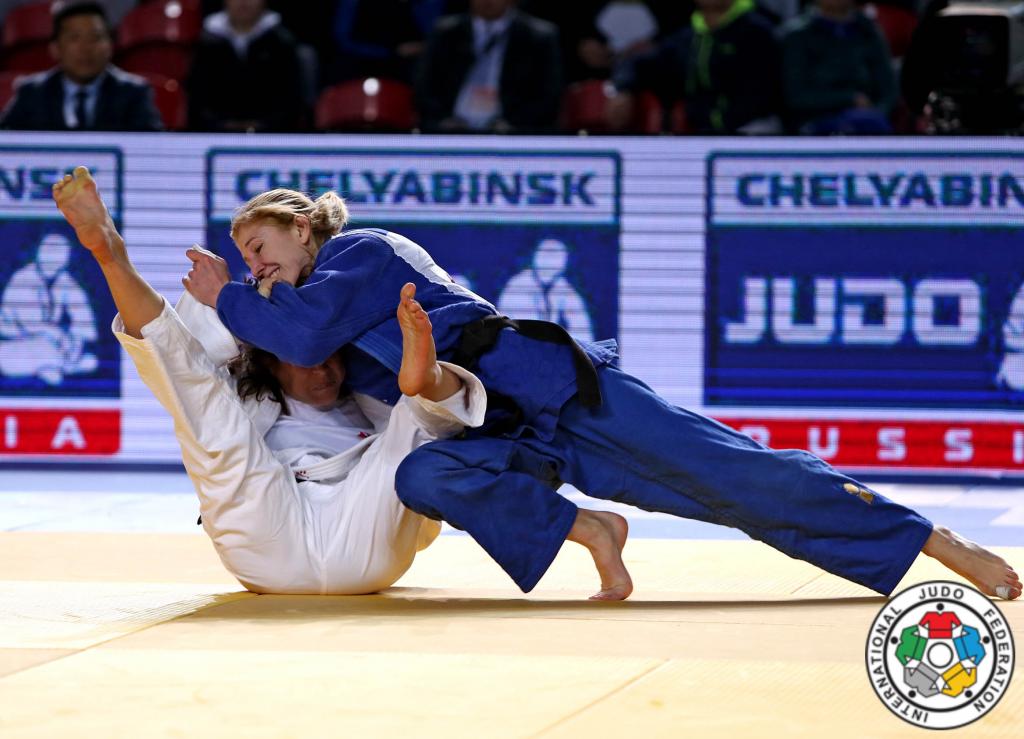 I’ve heard it said that “patience is not simply the ability to wait – it’s how we behave while we’re waiting.” In Ukrainian Maryna Cherniak’s case it’s been a wait of a year since her last gold medal winning performance (Warsaw European Open March 2014). During that time the 26 year old super lightweight has managed to put together some good results that, despite the absence of gold, have seen her climb to number 9 on the IJF World Ranking List. Her gold medal win in the -48kg at the Tbilisi Grand Prix today brought that wait to an end. It also brought her a first IJF Grand Prix title. Cherniak began her day by defeating Pupp Reka HUN that brought her a quarter final contest with Asian championships silver medallist Kim Sol Mi PRK. But the North Korean collected three shidos and, clearly not at her best today, failed to test Cherniak, the latter moving with surprising ease into the semi final. But if Cherniaks’s early contests were less than convincing, her patience was repaid when she defeated by ippon Turkey’s Ebru Sahin. Looking settled and confident Cherniak proved to have the beating of Spain’s fast improving Julia Figueroa whom she also defeated by ippon to take the gold medal. When asked what pressures she felt coming into the competition Cherniak said “Being the number three seed I knew that a lot was expected of me. An IJF Grand Prix medal is always good. But I came here for gold today and I’m delighted to have achieved my aim.” With regard to the final with Figueroa Cherniak said “ I had fought her [Figueroa] twice before and it was one win each. I did not really have a special plan prepared for the fight and I just did what I had to as the fight progressed.” And with regard to what is coming up next for her? “ I’ll be in Samsun next week and of course I’m looking forward to taking part in the European Games in Baku.