GOLD FOR CAKMAKLI AT YOUTH OLYMPICS IN NANJING 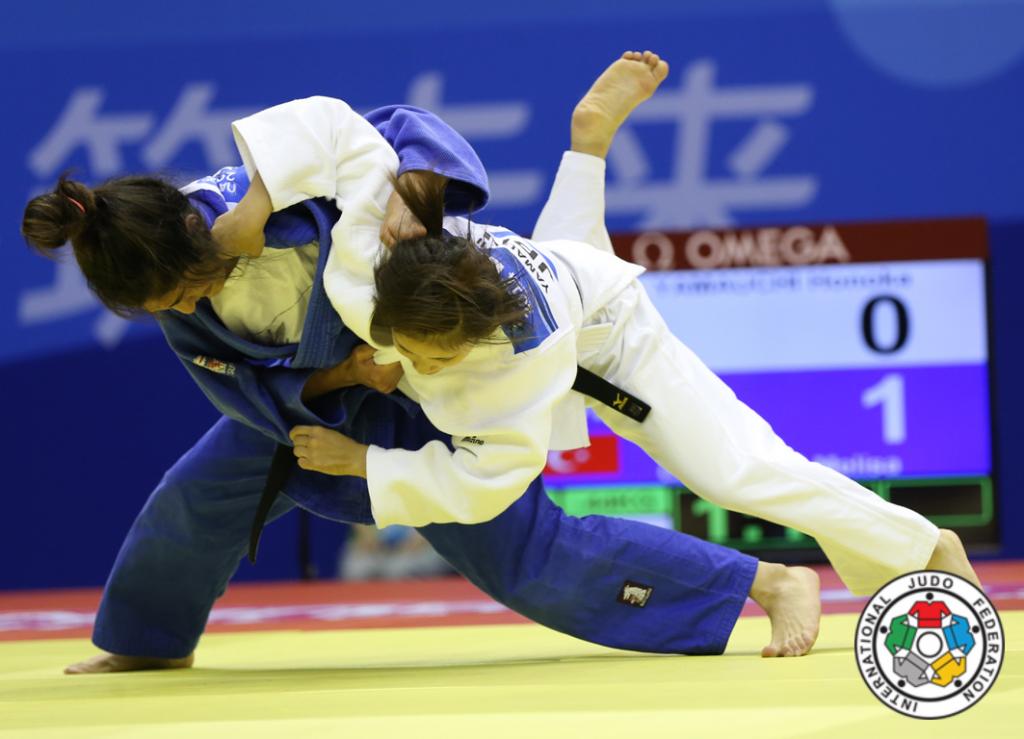 In an all-European final, Melisa CAKMAKLI (TUR) secured the gold medal in the women’s -44kg class, outlasting Leyla ALIYEVA (AZE). The Turkish judoka and reigning European Cadet silver medalist ALIYEVA were even after the first four minutes of the match as each judoka had one penalty, but ALIYEVA picked up a second three minutes 41 seconds into extra time, handing the gold to her rival. After the victory, a tired CAKMAKLI described the fight as “difficult”. ALIYEVA took silver, Anastasya TURCHEVA (RUS) and Honoka YAMAUCHI (JPN) claimed bronze medals.

In the two men’s events on day one, Europeans made it to the final. Natig GURBANLI (AZE) lost to Bauyrzhan ZHAUYNTAYEV (KAZ) in the men’s -55kg weight class. ZHAUYNTAYEV was attacking hard, but the acrobatic GURBANLI ensured the gold medal bout was one of the most interesting of the day at the Longjiang Gymnasium as he avoided landing on his back despite being thrown several times. His resistance was, however, broken with just two seconds left and with the scores tied, when ZHAUYNTAYEV tossed him on to his shoulder for a waza-ari score. There was no time for a comeback and a delighted ZHAUYNTAYEV said afterwards that he was always confident of victory. “I felt really strong during the final,” ZHAUYNTAYEV said. “I believed I would win that fight. It was an unbelievable moment in my life. It’s not an Asian championship, or a world championship. This is an Olympic championship.”

GURBANLI took the silver with Jorre VERSTRAETEN (BEL) and Oguzhan KARACA (TUR) picking up bronze medals. Up and coming Hifumi ABE (JPN) had little difficulty in the final of the men’s -66kg division, scoring two waza-ari tosses within the first two minutes against Bogdan IADOV (UKR) to win the gold medal. The first waza-ari score came 25 seconds in by way of a crushing throw that put IADOV on his head and back. The second came just over a minute later, ending the contest as the two scores added up to a match-ending ippon point. The silver medal went to IADOV with Sukhrob TURSUNOV (UZB) and WU Zhiqiang (CHN) claiming bronze.

All results of day 1: http://www.nanjing2014.org/en/en_sports/GamestimeResults.htm