GOLD HARD TO COME BY IN DUSSELDORF 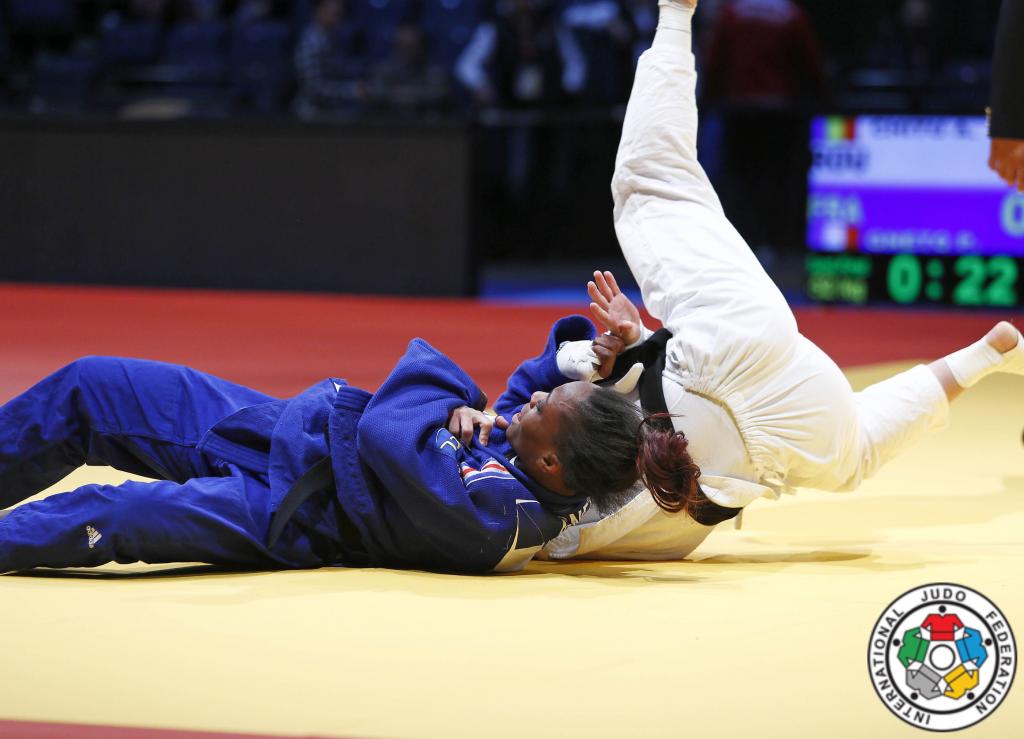 The opening day of the Dusseldorf Grand Prix saw European judoka in action against top quality opposition from both Asia and Pan-America. Whilst a gold medal eluded Europeans in all five of the contested weight categories there were good performances in the -66kg from Golan POLLACK (ISR), in the -52kg from Priscilla GNETO (FRA) and in the -57kg from Helene RECEVEAUX (FRA) all of whom won silver medals.  There were bronze medals too in the -60kg from Beslan MUDRANOV (RUS) and Bekir OZLU (TUR) the latter probably with the strongest claim for throw of the day for his uchi mata against Lenin PRECIADO in the bronze medal match. In the -66kg category Vaza MARGVELASHVILI (GEO) and Mikhail PULYAEV (RUS) won bronze medals.