GOLD HARD TO COME BY IN TOKYO 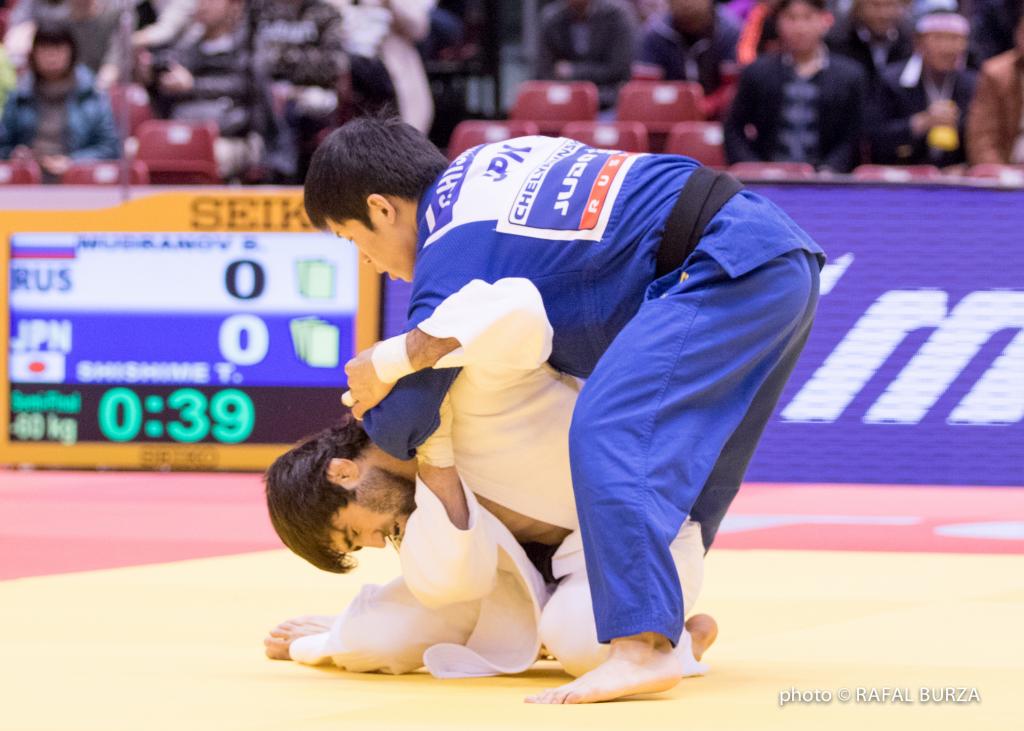 The opening day of the Tokyo Grand Slam lived up to its reputation as being one of the most difficult tournaments at which to take a medal on the IJF Judo World Tour. For a fifth straight year visiting Europeans missed out on taking one of the five gold medals on offer managing two silver and three bronze medals in total.

Beslan MUDRANOV (RUS) won silver in the -60kg category losing out in the final to Japan’s TAKATO Naohisa, the Russian being thrown for ippon with left o uchi gari. There was a bronze medal for Natalya KONDRATYEVA (RUS) in the -48kg category when, after losing in the quarter final to ASAMI Haruna (JPN), the Russian bounced back first in the repechage to defeat number one seed MUNKHBAT Urantsetseg (MGL), and then in the bronze medal contest, Ebru SAHIN (TUR).

Annabelle EURANIE (FRA) continued her fine run of form by taking bronze in the -52kg category. Having lost her quarter final to 21 year-old SHISHIME Ai (JPN), 33 year-old Euranie fought back through the repechage where she defeated team-mate Priscilla GNETO and then in the bronze medal contest former world champion NISHIDA Yuka (JPN).

Unseeded Helene RECEVEAUX (FRA) won silver in the -57kg category and will certainly be on the highlights reel. Unfortunately it will be on the receiving end of the most exquisite uchi mata executed by YOSHIDA Tsukasa (JPN) who with the final action of the day threw Receveaux for what was the throw of the day. There was a bronze medal too in the same category for KARAKAS Hedvig (HUN) who, having lost in the semi final to the aforementioned Receveaux, then defeated Miryam ROPER (GER) throwing the German with koshi guruma for ippon to take the bronze medal. It was the 10th time that the pair had gone head-to-head; Karakas now leads that personal battle 6-4.