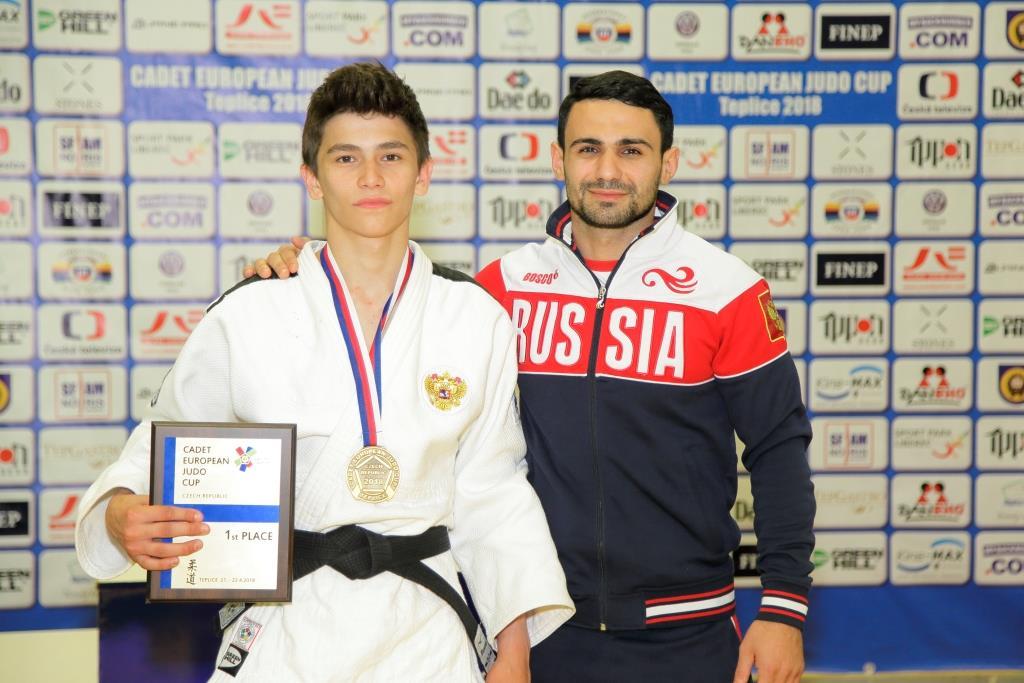 “We came here with our best cadet team because the competition here in Teplice is always very tough and it is a good test four our athletes before the European Championships”, said Arsen GALSTYAN, 2012 Olympic champion and the coach of the Russian Cadet team, in the evening before the tournament. “I particularly recommend you to watch closely 55-kg category. You will see one of our biggest hopes”.

On Saturday 56 athletes competed in this category and as Arsen Galstyan predicted Abu Muslim Parchiev performed extremely well. His first two fights he won before the time limit.

“Although those fights might have looked easy in fact they were very hard for me”, Parchiev said.

But the following contests were even more demanding.

“Especially the semi-final against Lipard of Estonia was difficult for me. I was not able to utilize any of my attacks during the regular period and I managed to throw him only in the Golden Score.”

In the final Parchiev met his team mate Vladislav TORMAKOV and from the beginning he dominated the fight.

“Although I have never met him in the competition we know each other very well from the national training camps. Therefore it was not easy to surprise him with any of my techniques.”

But Parchiev continued to pressurize his opponent and the match was eventually decided in the Golden Score by the third shido for Tormakov.

“I am very happy to win here in Teplice. I won the European Cup in Fuengirola in February but in Tula I lost in the final. I therefore wanted to improve this result and ensure my place in the team for the European Championships. I really enjoyed the tournament and the atmosphere here in Teplice”.

“The championships in Sarajevo is the next challenge I am facing. I will do my utmost to succeed there. I would like to copy the path of Mr. Galstyan who is my judo idol. I am lucky to have him as a coach in the national team. I dream that one day I will also fight successfully in the Olympic Games”.