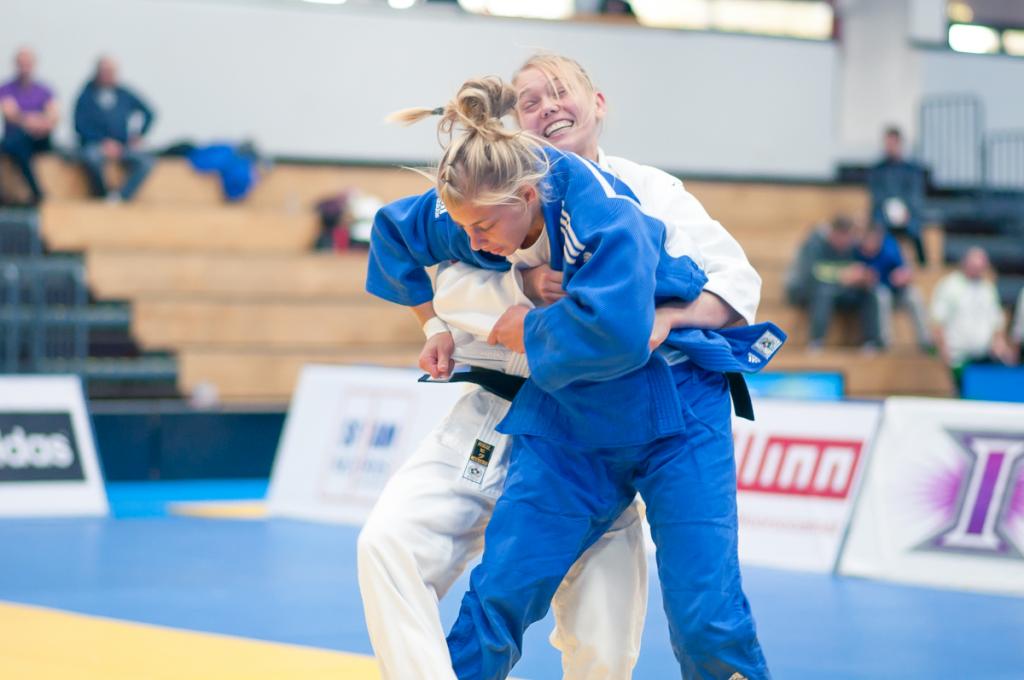 Being off the judo mat for two years is very hard for anyone. Jennifer Wichers injured her ligaments in both her elbow and ankle. It has taken her two years to recover from that. “I am so happy today. After two operations I needed a long time to come back. But now I am”, the 21 old Dutch athlete said happily.
After two gold medals at European Cups this year this gold medal in Tallinn is her first European Open medal in her career.

Jennifer Wichers, who won the European Youth Olympic Festival in 2005 in the under 48 kg, was also happy to collect 100 points toward the Olympic ranking list. “These points are important for me. But I know, it’s still a long way to go to get there”, she said. With these points she jumped up 40 places in the Olympic ranking list.
Being one of 13 competitors in the under 63 kg, Jennifer Wichers went easily through her pool by winning with Ippon against the Belarusian Rehina Shatrauskaya and then against the talented Rotem Shor from Israel with Waza-Ari. In the semi-final there was the first of two Swedish fighters waiting for her: Emma Barkeling whom she defeated with Waza-Ari and Yuko, then in the final there was the other Swedish fighter and number one seed in the tournament, Anna Bernholm. The Dutch won by penalities. “It was a tough fight, but luckily in the end, it went better for me”, Wichers said after.

The Dutch team also leads in the medal ranking with two gold and two bronze medals. The second gold medal went to Birgit Ente. She won in the under 52 kg.

See all results: http://www.ippon.org/cont_open_est2014.php
Watch all the photos from Tallinn in our photo gallery: