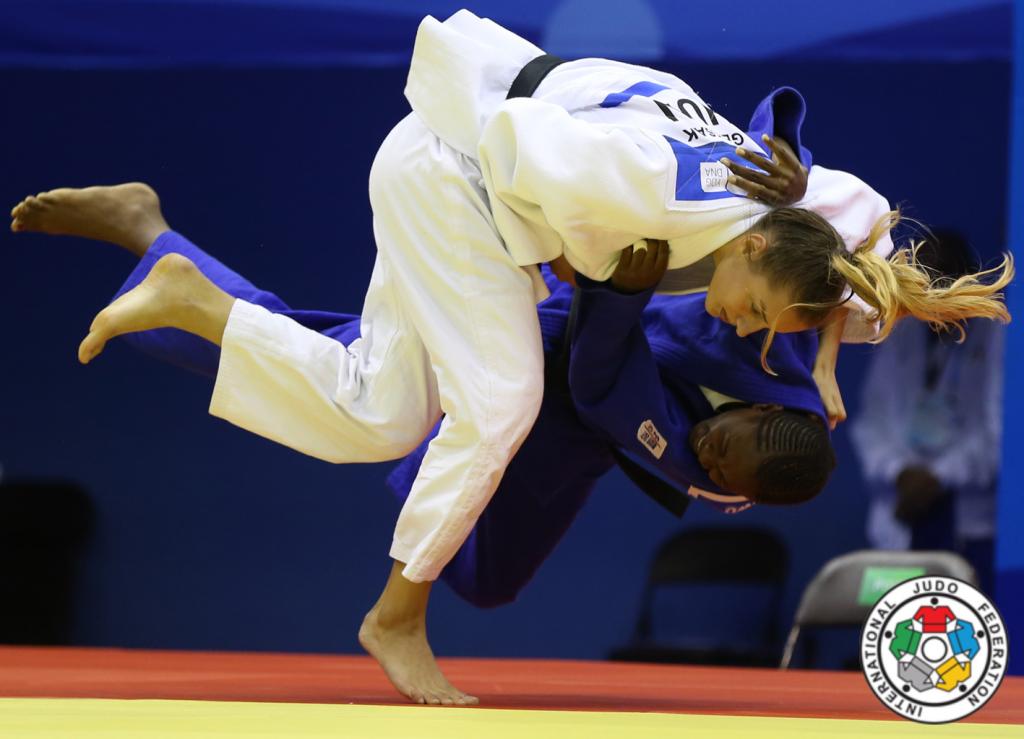 European athletes enjoyed more success at the Youth Olympics in Nanjing, China taking two gold, three silver and four bronze medals on the second day of competition. The medal haul included a clean sweep for Europe of the -63kg category in which current cadet world champion Gercsak Szabina HUN was in fine form winning all of her contests by ippon. Stefania Dobre ROU took silver with Jennifer Schwille GER and Michaela Polleres AUT winning bronze medals. But the main focus of the day was in the -81kg category where three of the four medallists from the cadet world championships were in action including both finalists Louis Krieber-Ganon CAN and Frank De Wit NED. However, it was Mikhail Igolnikov RUS who came out on top defeating Tamazi Kirakozashvili GEO in the final. Dutchman De Wit won bronze whilst current cadet world champion Krieber-Ganon missed out on a medal altogether finishing seventh. In the -52kg category Betina Temelkova BUL won silver whilst Marusa Stangar SLO won bronze.