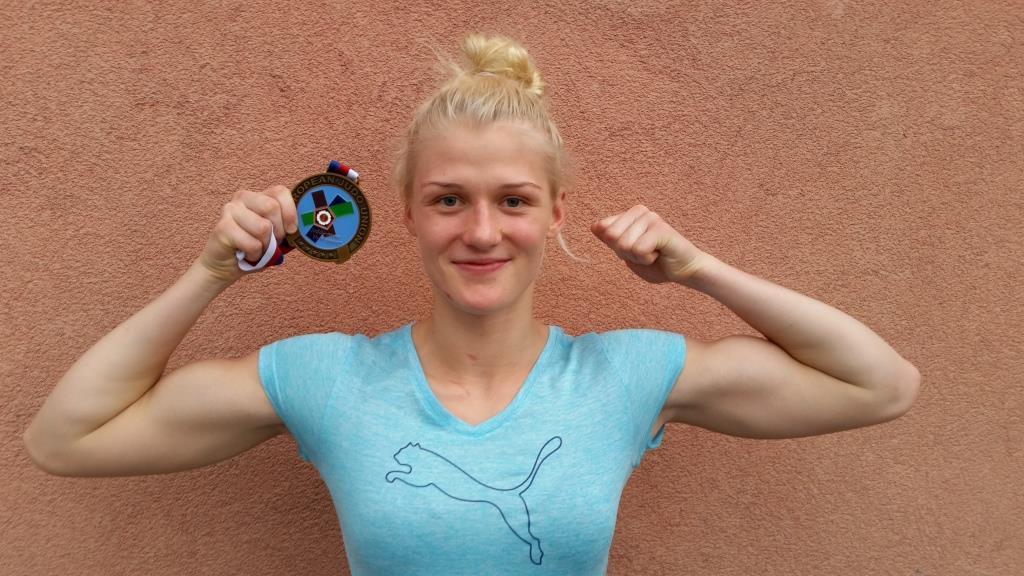 Vera Zemanova is the first Czech girl since 2005 who has won gold at the Junior European Judo Cup in front of the home crowd. In the middle of the week Vera Zemanova fought extremely well in Ekaterinburg and the Czech judo fans expected something special from her in Prague.

“I returned from Russia on Thursday and I was bit tired after the team championships. I was very concerned about my performance in Prague but after 2 days of rest and one short training I felt  much better. I looked very much forward to compete in Prague.”

The start of the competition was good but the second fight against Pia GRABAR of Slovenia was extremely hard.

“I had big difficulties with Grabar´s fighting style but after that fight I felt comfortable and confident.”

Vera then won in style the fights on the road to the final and there she met Iva OBERAN from Croatia. Vera looked determined from the beginning of the final fight and managed to score waza-ari with yoko gake. Then she finished the fight by a second waza-ari scored by o-ochi-gari and won her first medal at home.

“I am from a club in Teplice. It is the town where one of the biggest Cadet European Judo Cup is held every year. Regretfully I have never won a medal there when I was a cadet. Therefore the gold from Prague is a great satisfaction for me. The feeling on the top of the podium is terrific. My greatest achievement so far is the fifth place from the last year junior European championships. And I will do my utmost to improve this result.”

“Her performance today was like a dream for me. I was with her in Ekaterinburg and know how difficult it was for her. I am very proud of her and I hope for a medal in Sofia.”