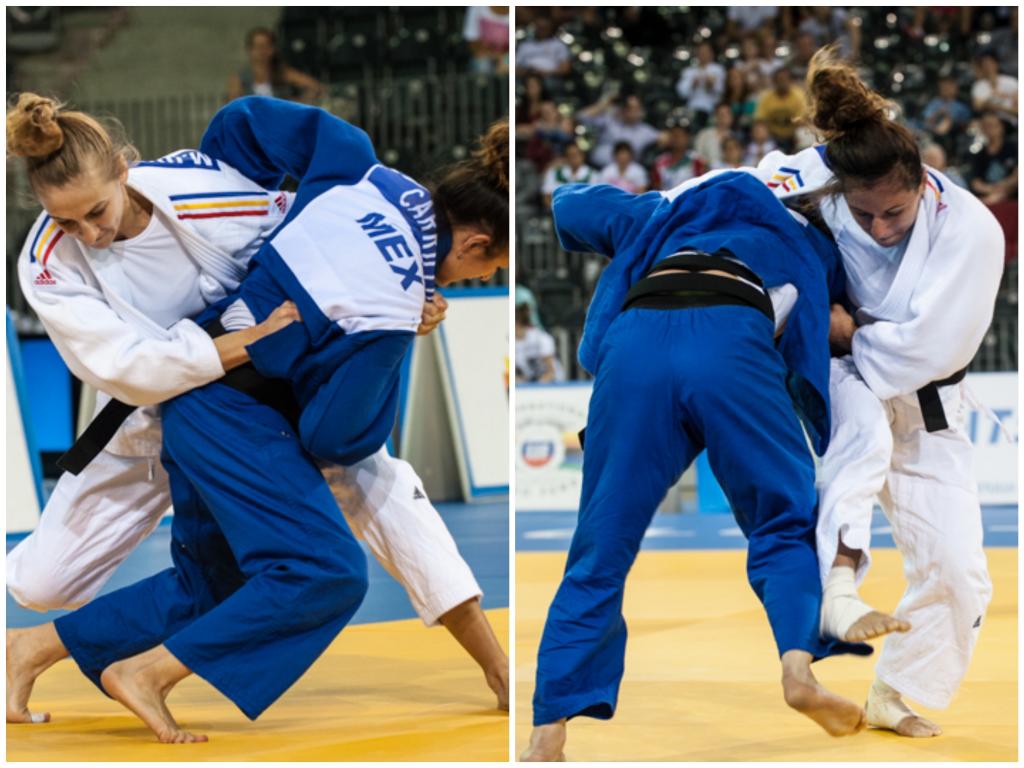 Today showed us both sides of that coin with two Romanian fighters Monica Ungureanu (-48kg) and Andreea Chitu (-52kg). Both athletes were seeded as number one in their respective categories and came into the competition with lots of experience and with a great deal of success on the international circuit. Ungureanu has won three gold medals on the IJF World Tour, whilst Chitu gained silver and bronze at a World Championships. But being at home, things are different:
“It was difficult to fight at home. It was so emotional for me. I really don’t enjoy fighting at home; I find it so hard. I put myself under so much pressure to make it perfect today. I simply didn’t want to disappoint the home crowd”, said the 27 year old Andreea Chitu. At the same time, she was very happy to be on the top of podium. Chitu is originally from Bucharest, yet, she has been living in Cluj for the past 20 years. For most of that period she has been working hard at the Olympic training centre alongside Monica Ungureanu, who joined the team 15 years ago added: “I am so happy that I won gold today. It wasn’t easy, especially the final. All eyes and pressure are on you. It feels at times as though you only can lose”