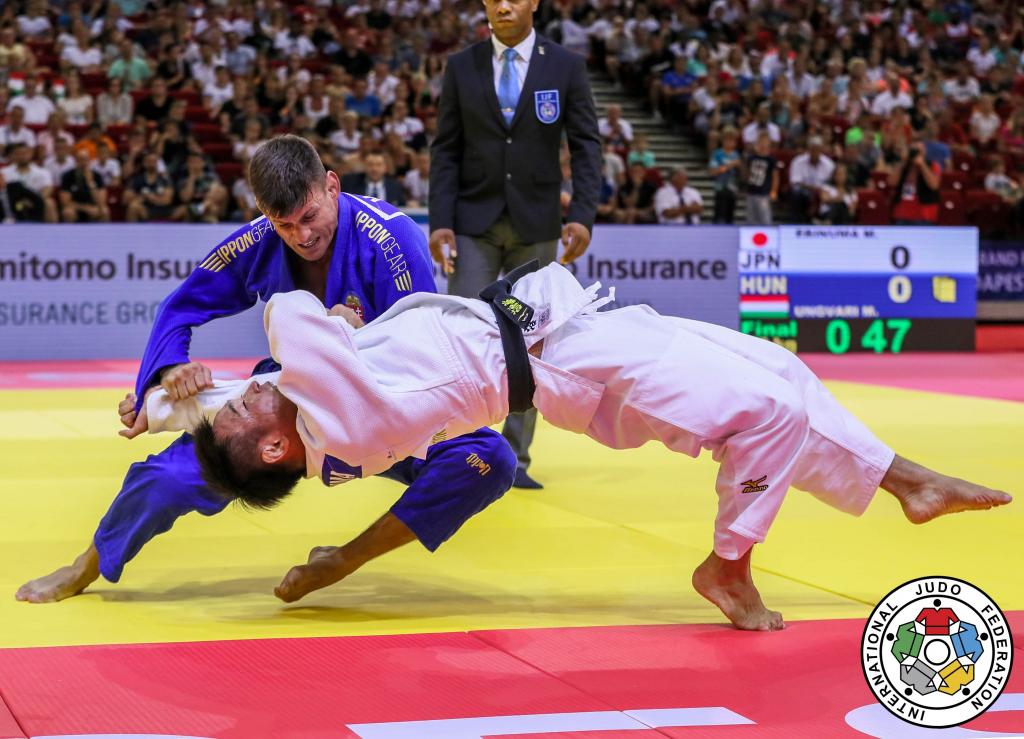 “The old man did it.” Those were the words of UNGVARI Miklos (HUN) as at an animated interview with the press he celebrated his gold medal winning performance in the -73kg category on day two of the Budapest Grand Prix. Facing three times world champion EBINUMA Masashi (JPN) in the final, 37-year old Ungvari came up with a counter for Ippon that brought him a surprising win given that this was Ungvari’s first outing since competing at the world championships almost a year ago. There was a bonus bronze medal too for Hungary in the -73kg category as SZABO Frigyes (HUN) defeated number one seed GANBAATAR Odbayar (MGL). Ungvari was his usual honest, open self when talking about his feelings.

“This is such an emotional day for me as I am reminded of my only other grand prix gold medal when I won here back in 2015,” said Ungvari.

Despite having been inscribed for the Zagreb Grand Prix, Ungvari missed the competition.

“I was not ready for the Zagreb Grand Prix and so had to withdraw. But I decided to fight here in front of and for my friends and family. The qualification period has begun, so it was important to get started. Such a good result will take time for it all to sink in”, said Ungvari.

It was at the 2010 Moscow Grand Slam that Ungvari had defeated Ebinuma in their only previous meeting. However, Ungvari remembers standing alongside Ebinuma on the 2012 Olympic podium in London where they were both medallists.

“Of course I remembered him [Ebinuma] from then and I felt that I could mange to counter his techniques. I was confident that I could do all the things that I had discussed with my coach.”

Asked about his exemplary and widely acknowledged etiquette, he answered:

”I suppose I come from the old school of philosophy regarding judo and believe strongly in respect. I come from a humble countryside upbringing with strong family values. I see these values in judo and as much as possible I carry these into my life away from the tatami to share with others. I am inspired by the deeds and achievements of former judoka such as Hungarian legends Kovacs Antal and Csosz Imre to give something to the next generation.” 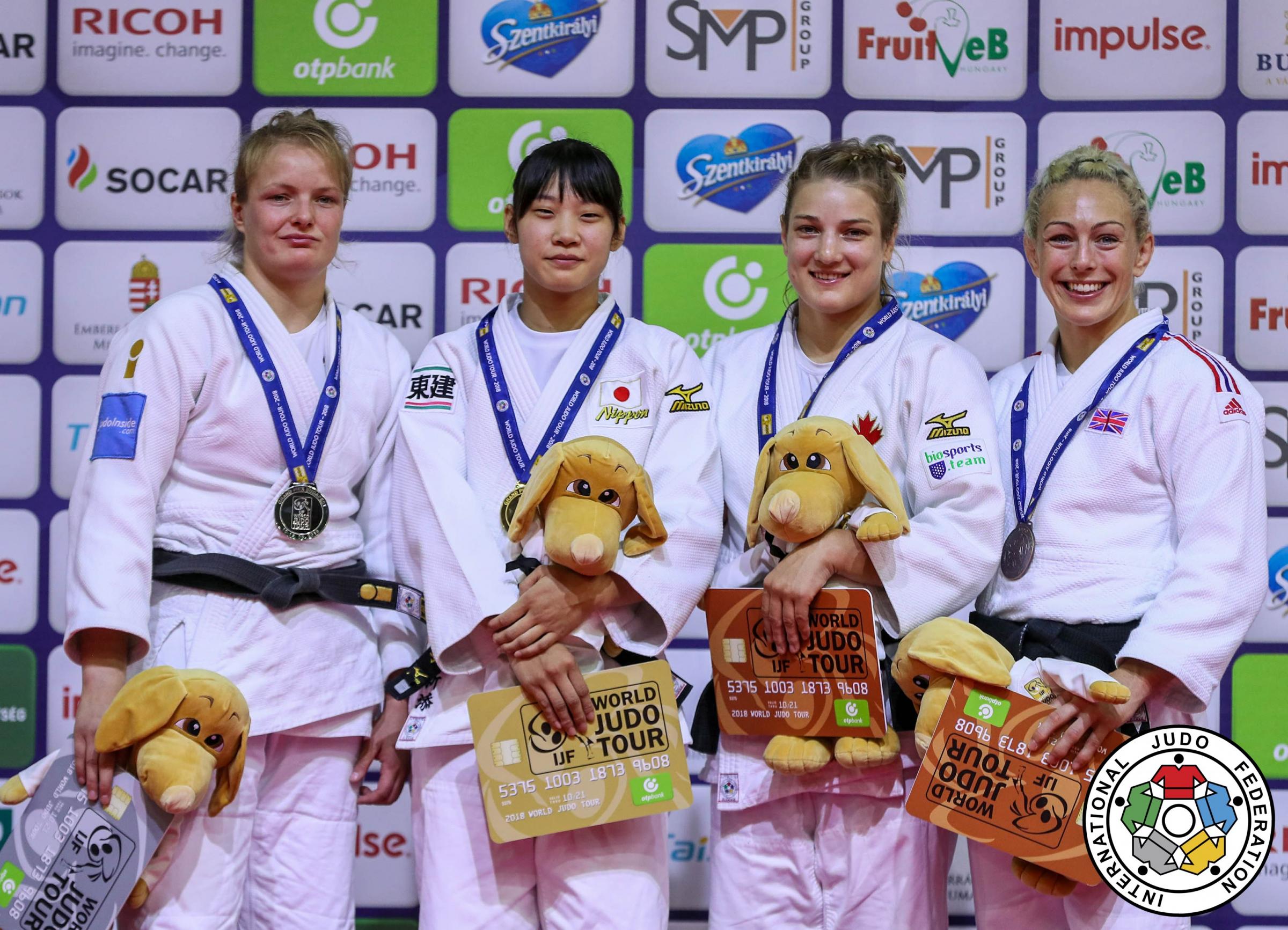 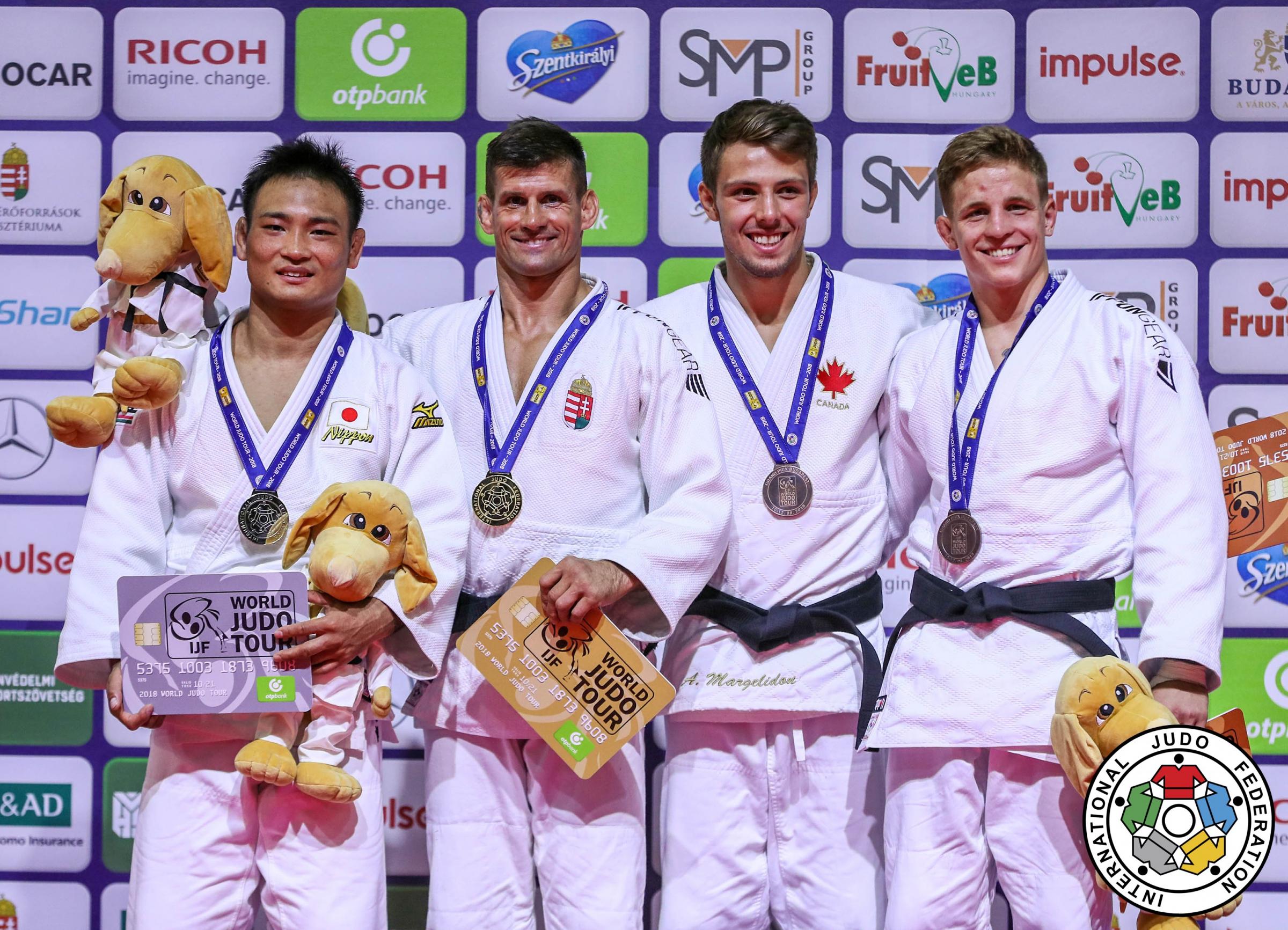 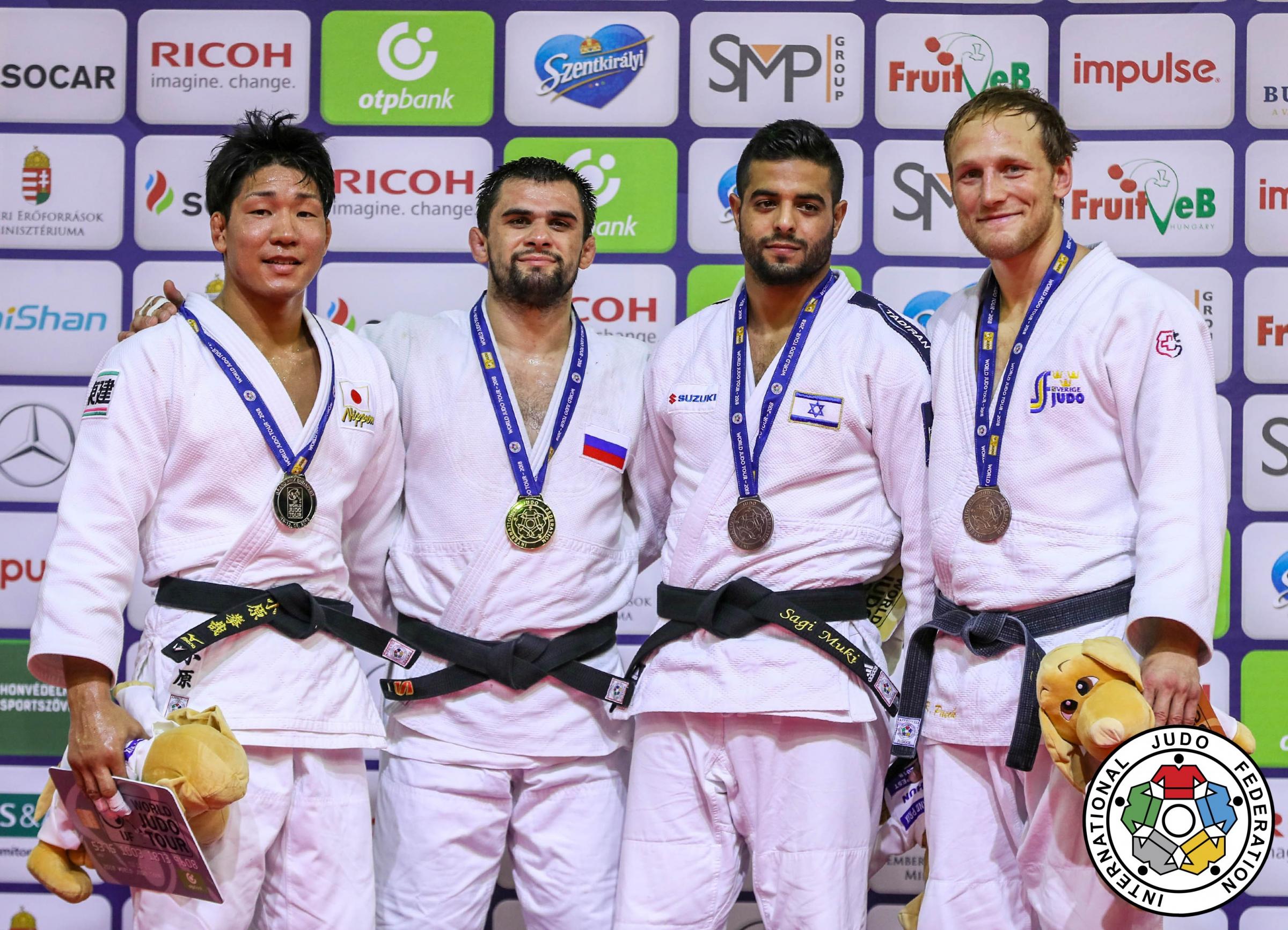 Alan KHUBETSOV (RUS) took the gold medal in the -81kg category when he defeated KOHARA Kenya (JPN). There were bronze medals for Sagi MUKI (ISR) Robin PACEK (SWE). In the -63kg category number two seed Martyna TRAJDOS (GER) made it all the way to the final, only to lose in an overly tactical battle with 22-year old NOUCHI Aimi (JPN). There were bronze medals for Agata OZDOBA-BLACH (POL) and Andrea LESKI (SLO). It was a similar situation in the -70kg category where number two seed Sanne VAN DIJKE (NED) lost in the final to NIIZOE Saki (JPN) whilst Sally CONWAY (GBR) collected a bronze medal.