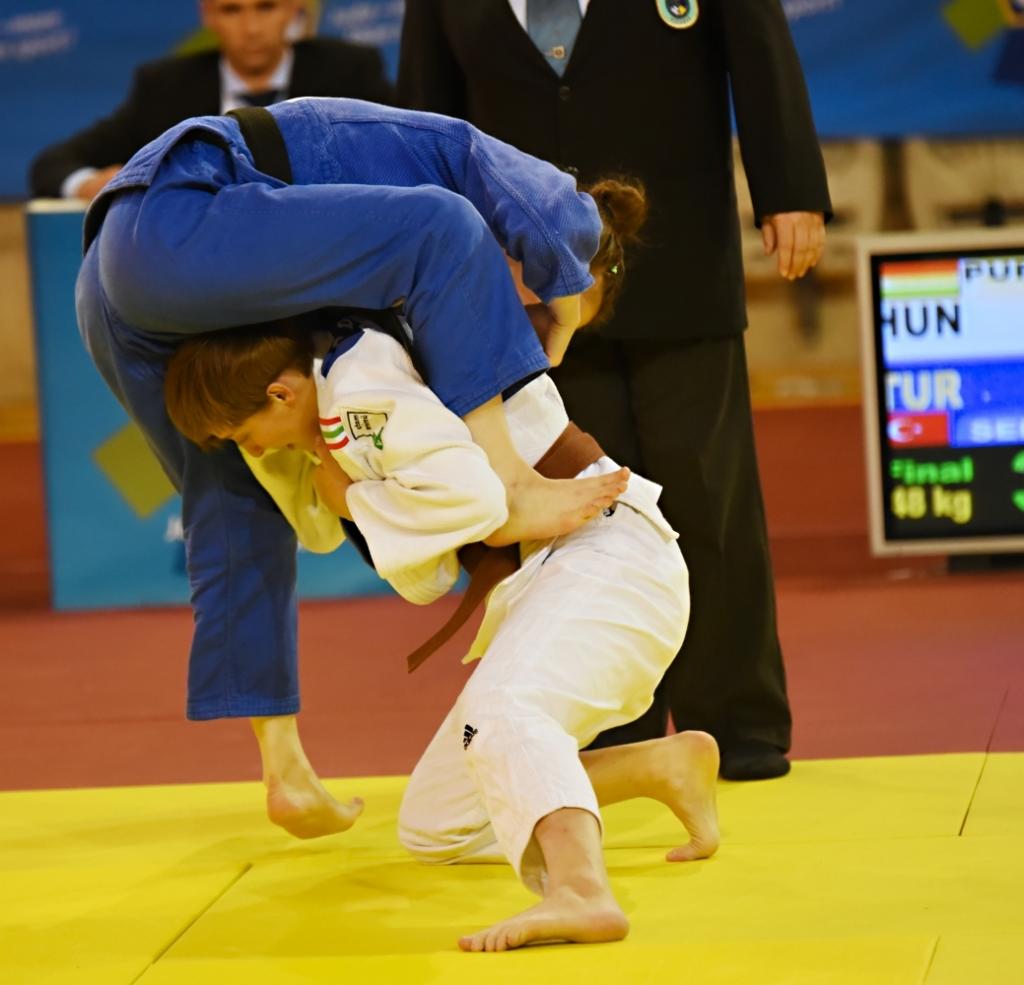 The first day of the 2016 Junior European Judo Cup in Prague has come to an end. As per now, it is Turkey in the driving seat of the overall medal table with the total number of 7 medal collected today, which of two happened to be gold. Hungary closely follows in the golden column with also two gold medals won today.

Despite injuries, PUPP Reka showed a great performance and won all of her four contests. 2015 Junior European Champion, Pupp, is weeks away to defend her title in Malaga, where the Junior Europeans will be held this year. The young Hungarian is one of the biggest upcoming talent and she has proved that again in Prague.

“I fought at Grand Prix Budapest five weeks ago and injured my shoulder in the bronze medal fight. Since Budapest I have not participated in any tournament but because the championships in Malaga will be held in less than two months from now I have decided to compete in Prague.” Pupp said.

“The injury of Reka was not that serious but it limited her during judo trainings”, said Braun Akos, 2005 World Champion, Pupp’s coach. Braun has been working with Reka since 2011. “She restarted the regular judo training about 2 weeks ago, therefore, Prague was very important for her to test her form”.

“Because of the training pause I felt a bit unsettled during my first fight. My opponent threw me for waza-ari and I really had to work very hard to win that fight”, said Pupp whilst referring to Melisa Cakmakli (TUR). Reka eventually managed to get into the final where she faced Gulkader SENTURK (TUR).

“I did not fight well at the beginning and I was penalized twice. But then I recovered and started to attack more often. I equaled the score in the last minute and nearly threw Senturk in the closing seconds. I felt confident when we began to start the golden score and eventually threw Senturk with an uchi-mata. I am very happy to win this tournament. I am also happy to feel that I have recovered from my injury. I am now confident to defend my Junior European title in Malaga”.

The -48kg final was perhaps the most dramatic fight of the day. “It is good to see a fight like the -48kg final to be decided by a throw”, mentioned Franc Ocko, EJU referee commissioner. “That particular fight was not easy for the referee on the mat but it was thrilling for the spectators. I enjoy seeing good judo here in Prague”, Mr. Ocko concluded.