GRAF GOLD IN ULAANBAATAR IS PERFECT PREPARATION FOR ASTANA 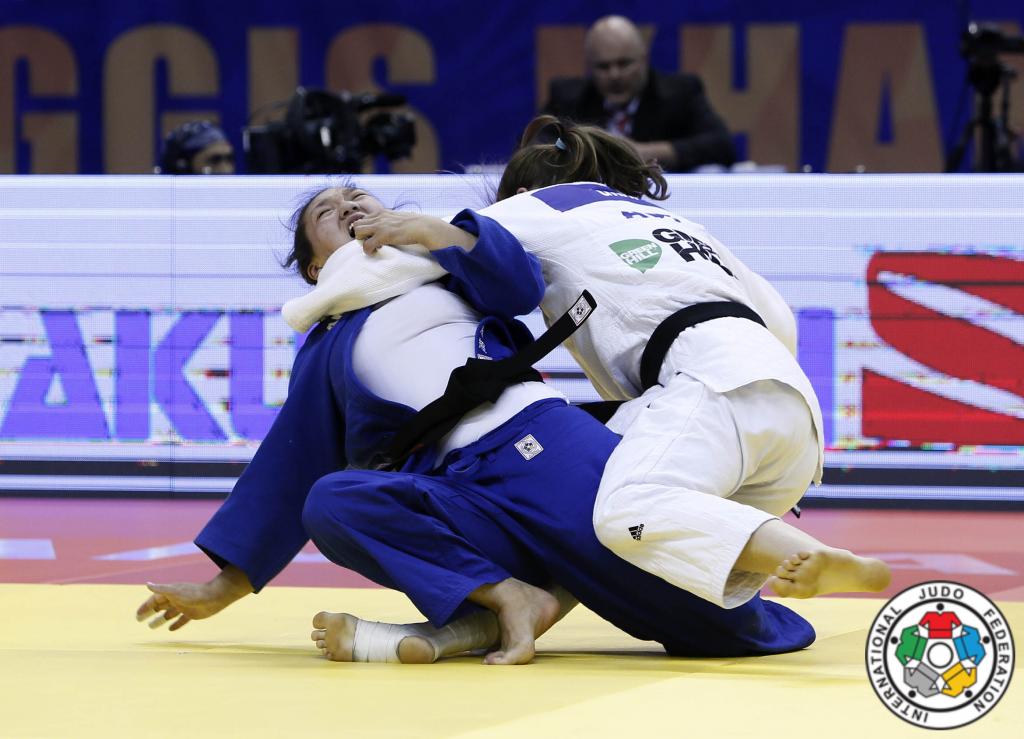 Timing is everything; being off by a split second or an inch can at times be the difference between a win and a loss. Austria’s Bernadette GRAF looks to have her timing just right at the moment and her gold medal win today in the -70kg category on the second day of the Chinggis Khan Grand Prix is yet further evidence that with only a matter of weeks before the world championships in Astana, things are falling nicely into place for the 23 year-old Austrian. Coming into the competition as number one seed Graf began the day with a first round bye. She then defeated Uzbekistan’s Dilbar UMIRALIYEVA the contest going the distance and Graf winning by a single yuko. Thereafter, Graf seemed to step up a gear defeating both IKE Irina (JPN) and Iljana MARZOK (GER) by ippon to take her place in the final. ZHOU Chao (CHN) had made her way to the final in the other half of the draw by defeating first MUNKHBAT Davaasuren (MGL), then both Assmaa NIANG (MAR) and Fanny Estelle POSVITE (FRA) by ippon.

In the final Graf faced ZHOU Chao (CHN) who had shown some nice throwing skills earlier in the day. But despite a plucky effort from Zhou the Chinese was unable to make any real impression on Graf who countered Zhou for waza ari then held her with kesagatame to take the gold. “I have to say that Zhou gave me my toughest fight of the day. She was always trying something and when I tried something she also appeared ready to counter me,” said Graf. When asked who of her opponents was likely to prove hard to beat on the road to Rio Graf answered, “It is a very strong category and it is difficult to name just one or two, but definitely Kim POLLING (NED), ARAI Chizuru (JPN) and any of the German girls.” Graf has her sights firmly set on the world championships in Astana and, injury free and on form it looks as though her time is coming