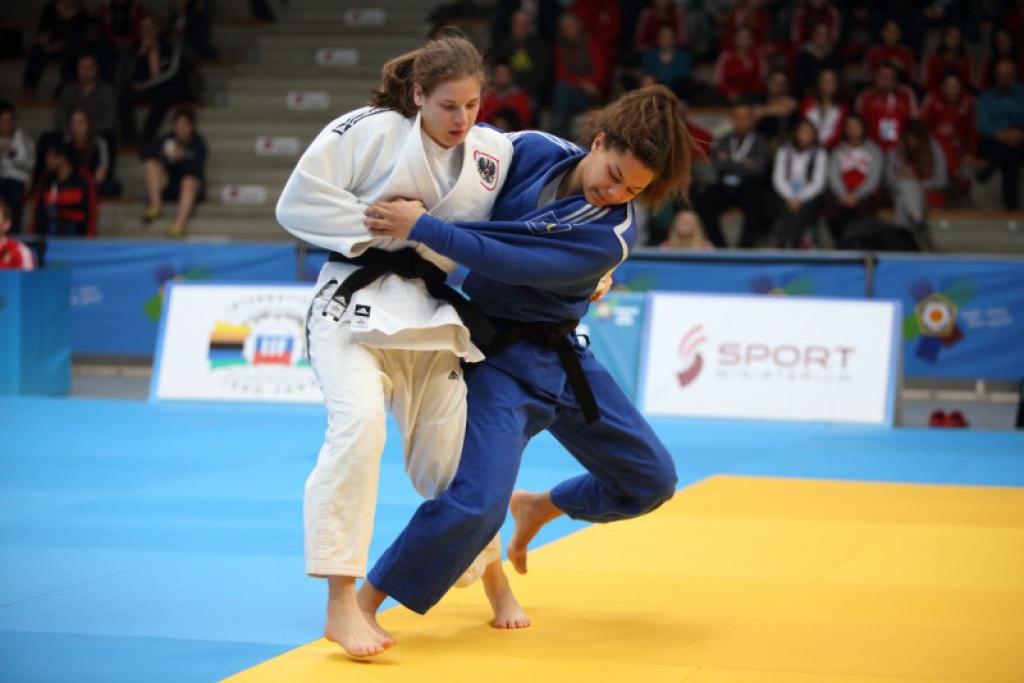 Bernadette Graf AUT battled her way through a strong field to take top spot on the podium in the -70kg category on day two of the European Open in Oberwart. In exactly the same way that team mate Katrin Unterwurzacher had on the opening day overcame illness, and meeting the expectations of the home fans, Graf showed a depth of character worthy of a champion in coping with a knee injury that almost forced her to withdraw from the tournament. Graf began her day with a win against Melissa Heleine FRA, whom she later admitted was her toughest contest of the day. However, after scoring a yuko with sumi-gaeshi Graf was on her way to the quarter-finals. Four shidos collected by her next opponent, Lola Mansour BEL, helped Graf to progress to the semis, where another yuko from her favourite sumi-gaeshi secured her place in the final. Number one seeded, Kelita Zupancic CAN stood between Graf and her goal of gold. The final began with both fighters being given shido. Shortly after the Canadian managed to put Graf under pressure and the Austrian was given a second shido. With less than 30 seconds before time expired the Austrian judoka pulled out a counter attack and followed her opponent into newaza where she secured osei-komi waza to take the final victory. “I am really happy to win the gold at home especially with the fact that I have been struggling with a knee injury and wasn’t sure if I will be able to compete,” – she said. “My toughest fight was the first contest because I lost my power half-way into the match… having the target of taking the medal and going home with the gold medal is really amazing. I am very happy” – she added.