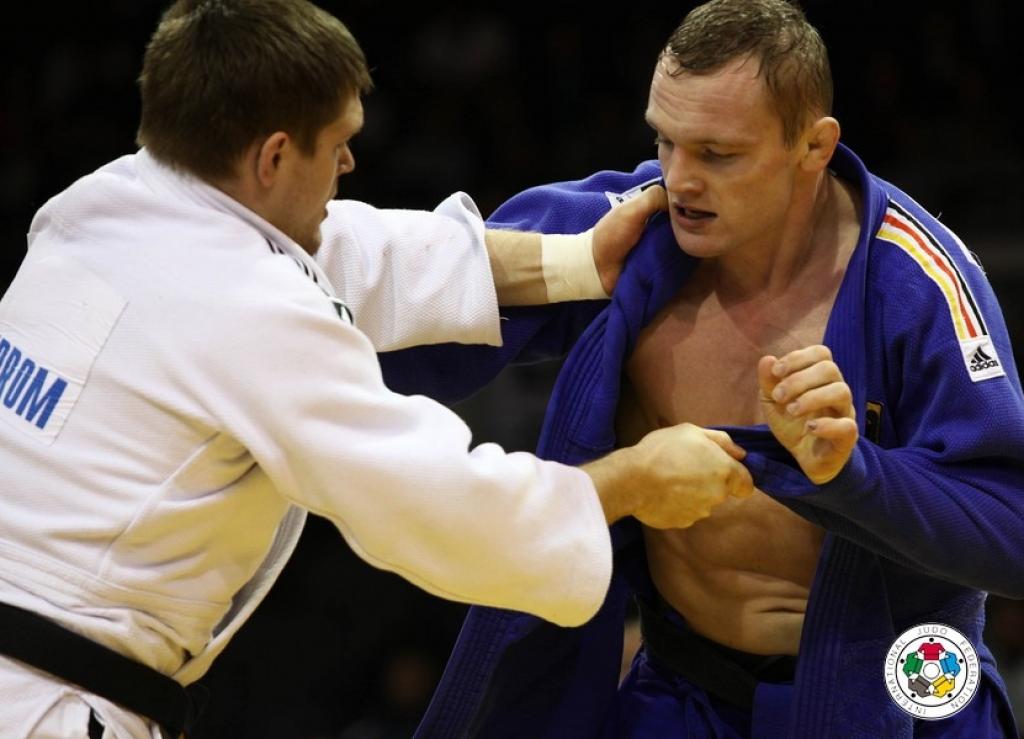 Düsseldorf is taking the Grand Prix to the limit. 677 athletes of 97 countries will take part. Among them 11 Olympic Champions, 21 World Champions and 40 European Champions. Last year 500 participants were welcomed, so a tremendous raise.

Among the international top stars in the women’s event are – among others – Romania’s Alina Dumitru (-48 kg), 2008 Olympic champion, three-time World bronze medallist and seven-time European champion; and Spain’s Isabel Fernandez (-57 kg), 2000 Olympic and six-time European champion. The now 40-year-old was World champion as far back as 1997 and is striving for her fifth Olympics.

In the heavyweight category, the two last mentioned athletes will meet Germany’s two-time World runner-up Andreas Toelzer, who achieved the only German triumph in Dusseldorf last year when he defeated Suzuki in the final. Toelzer’s team-mate Ole Bischof (-81 kg) underlined his Olympic ambitions with his win at the Judo Grand Slam in Paris last week. “I am currently in a very good shape”, the 2008 Olympic champion disclosed. The German Judo Federation, DJB, have entered 51 athletes – 28 women and 23 men – for their home Grand Prix. France will be represented by the second-largest team (28) followed by the Netherlands (26) and Russia (24).
“Our athletes’ main goal in Dusseldorf are the Olympics. On the one hand they will try to improve their own points in the qualification and keep the competitors at a distance, on the other hand to get among the best eight in the qualifying rankings, for the top eight will be seeded in London,” said DJB Sports Director Manfred Birod. “We are currently reckoning with five categories in the men’s as well as the women’s event for London. However, there is still potential for more.”

A great success for the German Judo Federation and the state NordRhein Westfalen. To organise a Grand Prix the Judo Federations have to get the limit from their resources as new cities are keen on replacing them. This year the European Cup in Hamburg was cancelled, but Düsseldorf will be the highlight for the Federation to shine in the Philips Hall where in 2003 the European Senior Championships were held.

Nice for the fans are the signature sessions by athletes. In the Carnaval weekend it will be a great atmosphere with musical surprises.

Last year Germany finished second behind Japan taking five medals, gold for Andy Toelzer, the flagship judoka from Germany. Dmitri Peters who’s in a good shape finished with silver, perhaps he has a good chance for the gold. He won the previous two World Cup in Tbilisi and Oberwart.