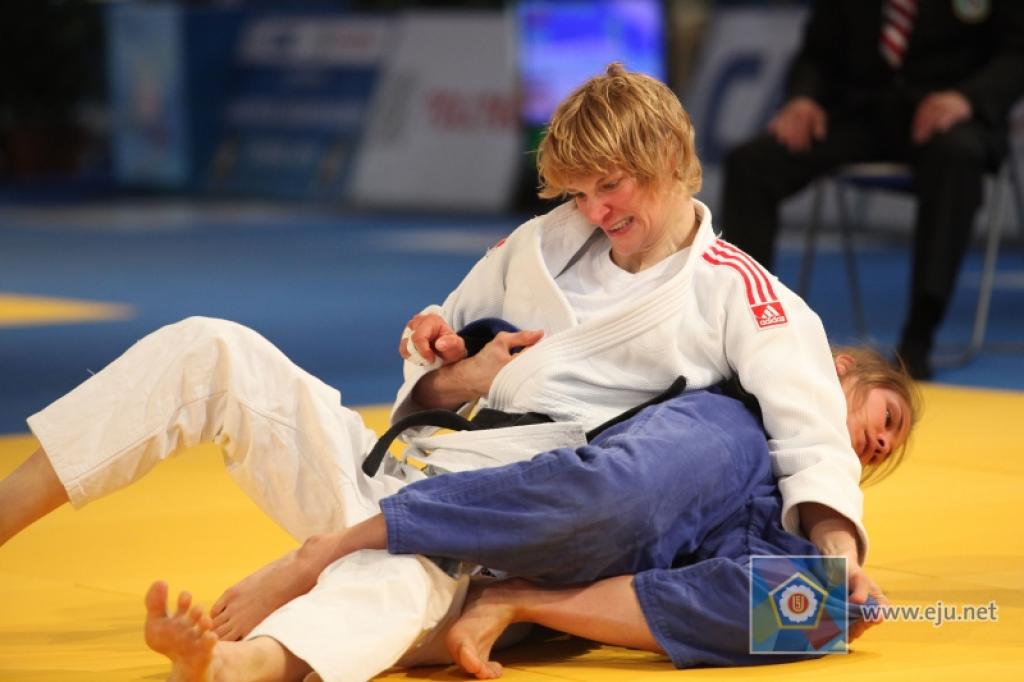 In the morning session some serious surprises could be seen in Rio.

U52kg
The only big upset U52kg was the loss of double European Champion Natalia Kuzyutina (RUS) to Marie Muller of Luxembourg. Or was there another surprise that Ana Carrascosa (ESP) lost to Kim Kyung-Ok (KOR)? Not anymore as Carrascosa is not in a good form, nor her Spanish country women who all lost in the morning session.

U57kg
Kaori Matsumoto (JPN), the winner of the GS in Paris and the GP of Düsseldorf beat the Olympic Champion Giulia Quintavalle (ITA) in the quarterfinal U57kg.
Sabrina Filzmoser (AUT) is in a really good form and won another medal today in Rio reaching the quarter final, now taking revenge on Automne Pavia (FRA) who beat her two weeks ago in Tunis, while Pavia had beaten Hedvig Karakas (HUN) in a strong block.
Morgane Ribout (FRA) was defeated by Irina Zabludina (RUS).

U63kg
Europe’s vice-champion U63kg Edwige Gwend (ITA) lost her first bout to Yarden Gerbi (ISR) who lost her second match against semi finalist favorite Claudia Malzahn (GER). Emane Gevrise (FRA) again lost in her first match, just like the European Championships while she has such good memories in Rio when she took the world title in 2007 in Brazil’s top coast city.