GREAT BRITAIN AND THE NETHERLANDS DOMINATE IN COIMBRA 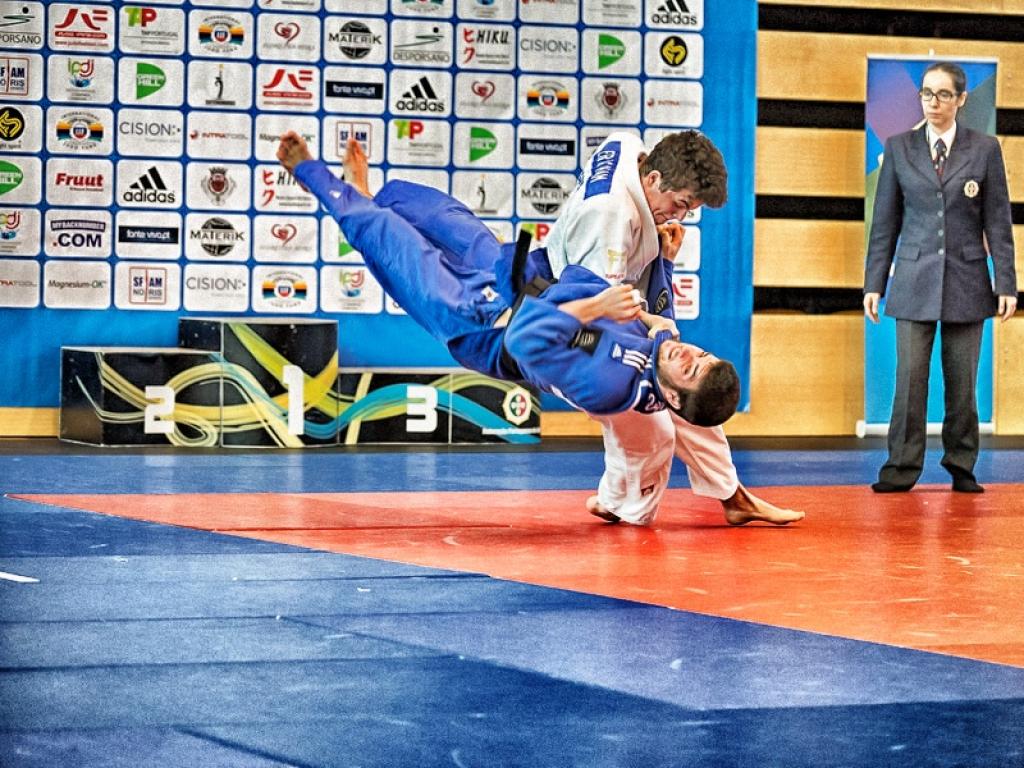 The Portuguese city of Coimbra is hosting the first Junior European Judo Cup of this year. The opening day of the competition brought a lot of joy to the local crowd, who witnessed Portuguese athletes stepping onto the podium three times.

The under 48kg was won by the local Joana Diogo, the highest seeded athlete of that category, who faced in the final another Portuguese and the last year’s winner in the under 44kg category, Catarina Costa.

Another gold for the Portuguese team was assured by Mariana Esteves in the under 52kg category. However, it was the Dutch team that claimed the most golds today. The under 44kg category was taken by Amber Gersjes, last year’s bronze medalist. The under 55 kg category was won by Roy Koffijberg with a beautiful uchi-mata ippon and in the under 73kg category the gold was claimed by Thierno Balde, last year’s winner, who defeated in the final his teammate, Kenneth Henneveld. The British team also left the Coimbra Multisports Hall satisfied, with two gold, three silver and three bronze medals.

Asked about the meaning of hosting this event Costa e Oliveira explained: “The importance of this competition has two aspects. The first one is national, with the hundreds of young judokas having an opportunity to compete with some of the strongest teams like Germany, Great Britain, the Netherlands or Spain. The second aspect is our event organization capacity, being this competition a great opportunity to demonstrate our organizational skills.”