Great clashes between Germany and Russia in Tver 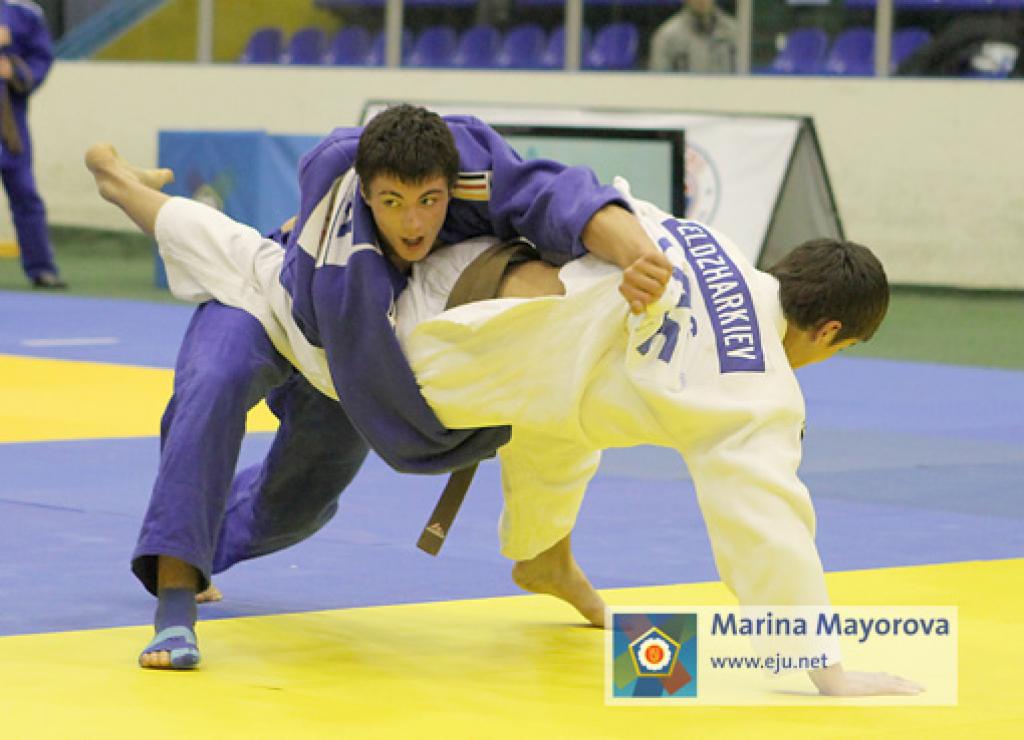 The finals of the second day began with the women’s U57kg division. Yana Polyakova (RUS) was the strongest among the national champions and medalists from Germany, Turkey and the Ukraine.

U63kg and +90kg Russian champions-2011 Diana Dzhigoros and Oleg Abaev proved their dominance on the international level and brought gold medals for Russia.

In the categories U66kg, U73kg and +70kg gold medals stayed in Russia too. The winner U66kg is Uruskhanbek Balaev, Rustam Gerekov U73kg and Kristina Usova won the heavyweight category.
Like on Saturday the Turkish women’s team showed great results. In U70kg Mihriban Öner celebrated her victory.

The main intrigue of day were the Russian-German clashes in the U81kg divisions and U90kg.
2011 National German Champion David Tekic met the Russian champion in the preliminary round. In the final he met the silver Russian medalilst and winner of the EJU Cup in Croatia, Abdul-Malik Eldzharkiev. Eldzharkiev defeated Tekic in Zagreb’s semi-final. Though local crowd furiously supported the Russian athlete Eldzharkiev, but he couldn’t win of the German champion this time. Tekic won the first gold medal for Germany in the tournament in Tver.

In the U90kg division it was now up to German champion Leon Strüber. He could continue the victory for Germany. In the final he defeated Russian champion Alexander Grachev by ippon.

Perhaps they will both meet in Berlin again. Next European Cadet Cup however will be held in Coimbra (POR) next week.