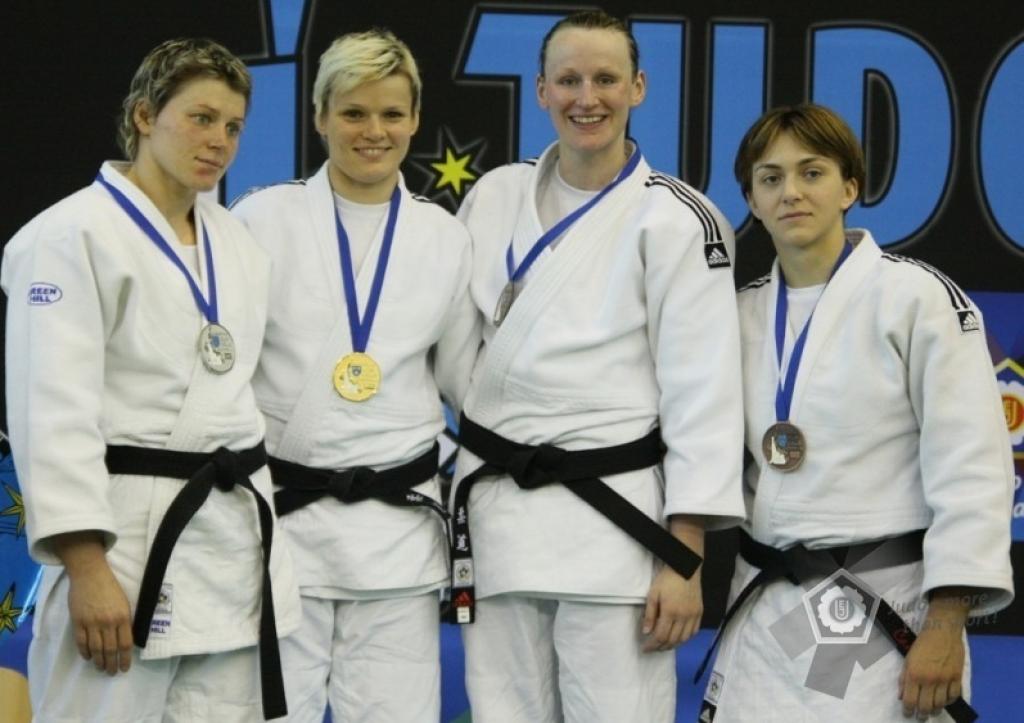 At the last and second day of the Green Hill European Cup Slovenia has won another two weight categories. However both finals a bit lucky. Urska Zolnir won the third consecutive edition of the European Cup in Celje, this time U70kg. The oldest female medallist of this weekend (30) didn’t have to fight the final due to an injury by Nataliya Small (UKR). U78kg Ana Velensek collected a second gold medal for Slovenia, but also Velensek didn’t have to fight the final, as her opponent Christelle Garry was on the way to catch the plane to France. 18-year young Karen Stevenson (NED) won bronze.

In total Slovenia won 4 gold medals and four silver medals. An interesting silver medal was gained by a mistake of Olympic medal candidate Rok Draksic. The Slovenian top athlete dominated the match completely, but didn’t watch for a second and Abdula Abdulzhalilov caught him on his wrong foot and captured the gold medal by an excellent o-soto gari. The Russian took two gold medals and seven in total.
Another Olympic medal candidate failed to impress: Georgii Zantaraia (UKR) lost two matches against Russian opponents and was not quite happy at the end of the competition. However he did fight five matches and sometimes it’s good to lose a match in advance of a major tournament such as the Olympic Games.

The Ukraine won gold by Artem Bloshenko. In the final U100kg he was victorious over Dutchman Remco van den Brink who celebrated a victory in the semi final over Dmitri Peters (GER). Bloshenko won five matches and two against a Dutch judoka.
Holland did win gold afterall. Miranda Wolfslag defeated home favourite Petra Nareks in the semi final U52kg and beat Smiljana Zivkovic by ippon in the final. Zivkovic defeated both twins Chernyak of the Ukraine on her way to the final. Maryna won bronze, Inna finished fifth. Another Ukrainian, Mariya Buyok won bronze as well.

A good practice for all judoka, the ones who qualified for the Olympics, and the ones who are qualified to compete in the next Olympic qualification cycle for 2016. Celje is always a useful experience with a big field of 408 participants from 30 nations.