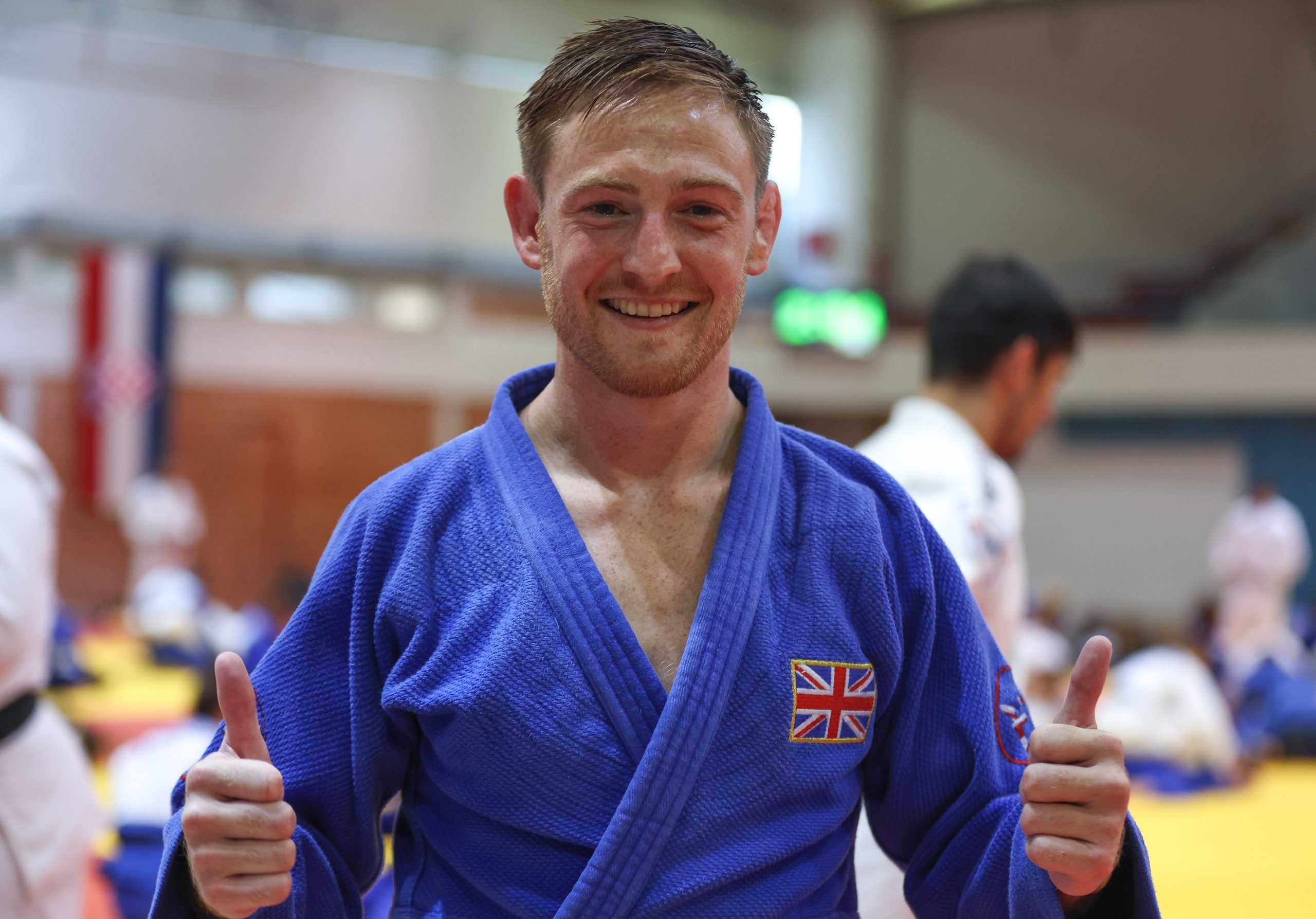 Typically the career of a judoka cannot be compared to another. For many the end goal is the Olympic Games, a world or continental championships and usually the path is paved by the federation to help them reach this goal.

However on some occasions, we see those still committed to their dreams when others have retired. During the OTC in Poreč, Croatia, there were many young and hungry judoka fighting for their opportunities but also another, some may recognise him from the tatami, others from the sidelines at IJF events, but right there and then, he was first and foremost an athlete in preparation.

Gregg VAREY (GBR) is 34 years old and has been in judo since he was six, and as a lightweight faced issues as a junior and senior to be heavy enough to be selected for events. For some this would be a deterrent but his love for the sport stuck and Varey has continued in his bid for medalling glory.

For those who find the division of the United Kingdom a bit confusing, it basically breaks down to the four home nations of Scotland, Northern Ireland, England and Wales. The latter being the nation that Varey will represent in the Commonwealth Games on the 1st of August, but outside of Wales, he represents Great Britain on the circuit.

In the past two years, the past year especially, I feel really good and like I have a fresh start. I have been training with Mark [Earl] and I’ve noticed a big difference. Even on the Poreč camp, we made little changes. At the beginning of the camp I felt a bit like I was too old to be there but after a few randori I felt good and that I was totally fine.

He attests his ability to continue competing without injury to his delayed admission to competition due to his low weight, but now he manages and is present, diving in to camps to take on some of the strongest that the countries have on offer and in Poreč, that included a huge team from Azerbaijan.

Following the camp in Poreč, he moved on to Alicante and then the Budapest Grand Slam. Though the work for Fighting Films has taken a back seat, he is now a coach for Bath University, a prestigious sporting university who have housed athletes such as Olympian Ben FLETCHER.

Aside from his gruelling training and coaching schedule, he is also expecting his second child this August. Varey is fortunate to have a great support system at home and his wife, Amanda, can absolutely appreciate his dedication to his sport as a sportsperson herself in Netball.