Grol and Bosch take gold for The Netherlands at GP Amsterdam 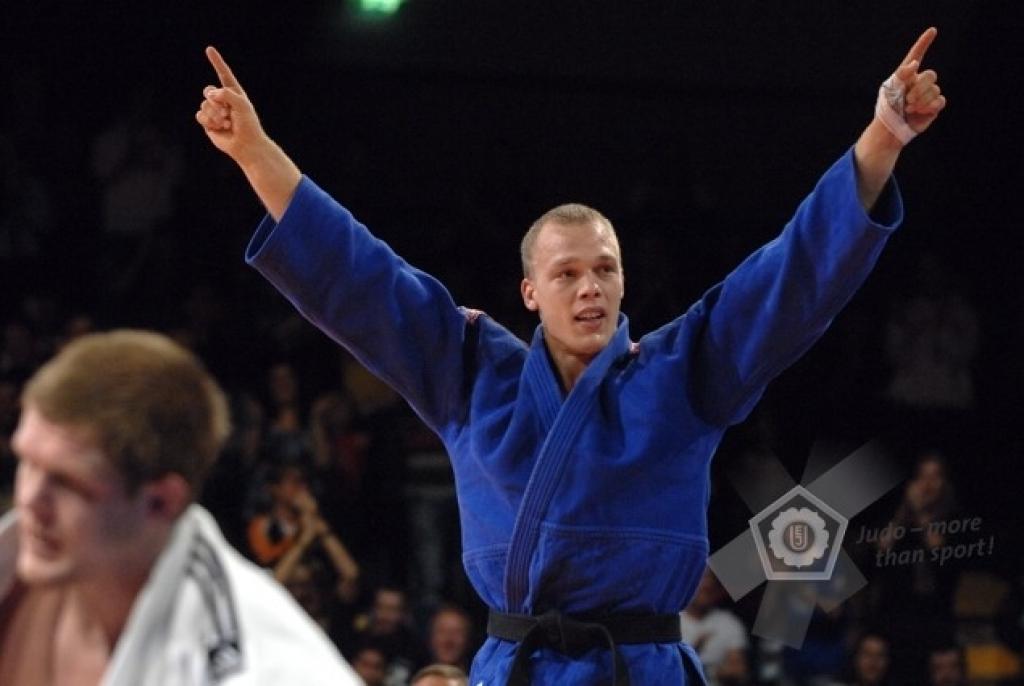 The Dutch judoka collected six medals in total this weekend at the Grand Prix of Amsterdam, four gold medals and two silver led to the victory in the medal tally. At the second day Edith Bosch and Henk Grol added another two titles. For Grol it meant prolongation of last year´s title. In the category U100kg he defeated Maxim Rakov in a rematch of the 2009 World Championships final. That year Rakov defeated Grol in Rotterdam, but today he was able to score by wazari against the Kazakh making 3-2 in individual head2heads. Grol had all troubles today getting in the final after a thrilling quarter final against Lukas Krpalek (CZE), but Grol was able to get back in the match one second before the end and made the difference in the golden score. In the semi final Or Sasson (ISR) gave good competition but couldn’t prevent Grol from winning.

In the women’s U70kg it was Edith Bosch who won her fourth Dutch Open in her career although the last time was in 2007. The current European Champion and runner up of the Word Championships was ill this week but did participate and reached the final after an impressive series of fights. Her semi final was tough against Yoko Ono (JPN) but controlled. The control was one of Bosch’ biggest win this event. Also her final she controlled Natalia Smal (UKR) all the time and scored a yuko and hold this lead.

U78kg Lkhamdegd Purevjargal (MGL) won gold by defeating Heide Wollert in the final who had no chance again. In February Purevjargal defeated the German as well in the final of the GP of Duesseldorf. Another German Luise Malzahn won the bronze after her loss against the Mongolian. Tomomi Okamura was defeated by an impressive and hunting Wollert.

+78kg Qin Qian was the favourite to win the gold. The highest seeded saw Maria Suelen Altheman as her opponent. The Brazilian defeated Lucija Polavder (SLO) in the semi final and surprisingly gave could competition against Qin who didn’t do much to win the gold. Apparently she loves the silver, she won three silver medals at the World Championships losing to her compatriot Tong Wen. Today Altheman was stronger in the final and won the second Brazilian gold.

The first gold though was won by Tiago Camilo U90kg. He surprised Kirill Voprosov (RUS) with a devastating throw in the final. Voprosov who had a great tournament and won his first GP medaille. Camilo however was strong and waited for his moment to strike in the match and showed why he has such a reputation as a killer. He won the 2007 World title (U81kg) and silver at the 2000 Olympics (U73). In this Olympic qualification tournament he is dominant for Brazil and showed some awesome throws.

U81kg French Alain Schmitt had a great shoulder throw that he used three times in the match against Aljaz Sedej. The Slovenian led the match by yuko but Schmitt came back by some great throws resulting in two yuko and wazari. The final throw was too much for Sedej, Schmitt won his first big international title and books progress in his qualification road vs. Axel Clerget, his opponent in France.

Andreas Toelzer was the expected winner of gold +100kg. In the final he defeated Marius Paskevicius by ippon controlling hem on the ground. Toelzer who’s the worlds number two behind Teddy Riner did what was expected and won his second GP this year after winning in Duesseldorf.
Barna Bor (HUN) and Kazuhiko Takahashi (JPN) won bronze.