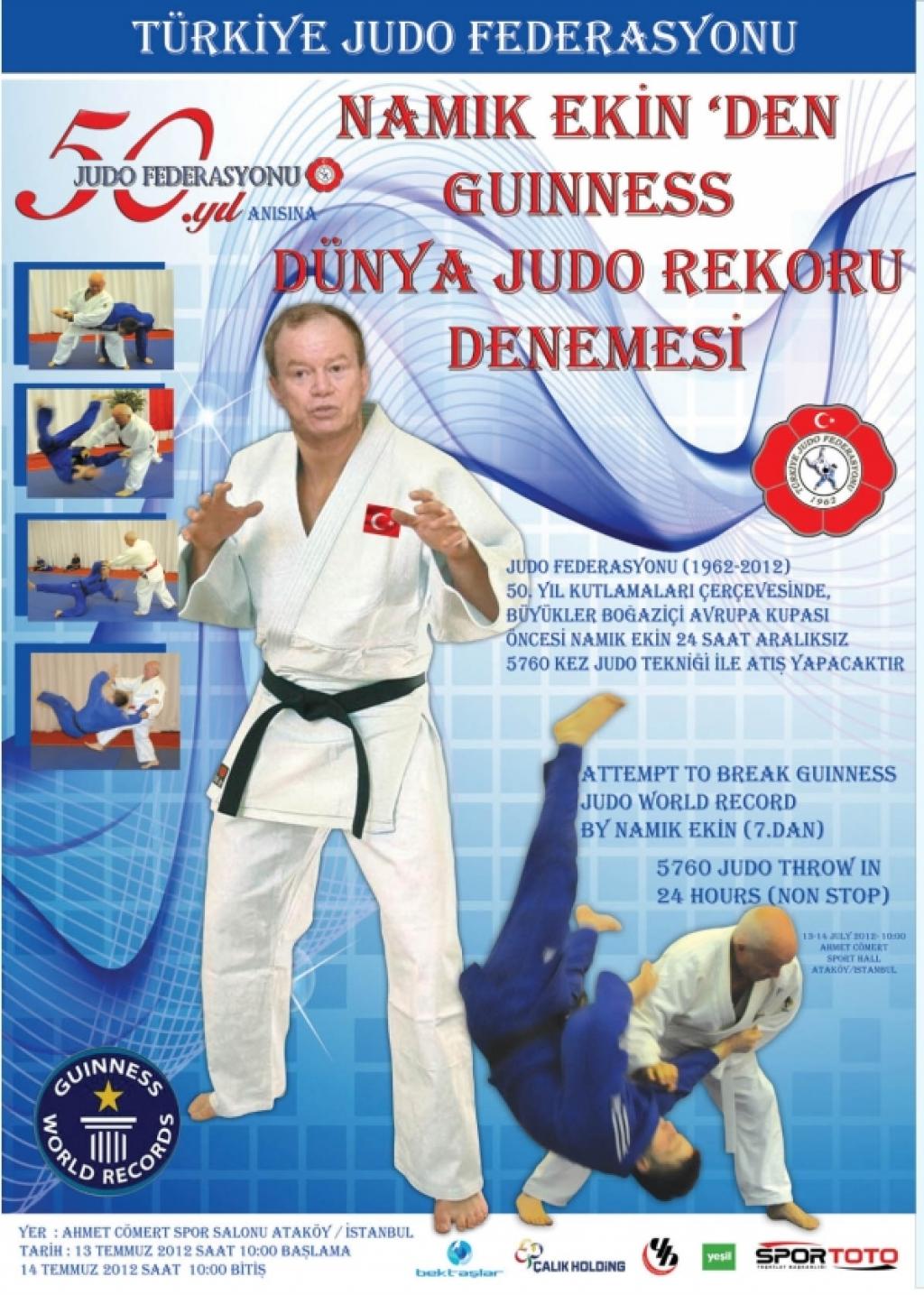 Namik Ekin is preparing for a very special record and he is trying to get into the Guinness Book of Records. Seventh Dan Ekinis going to throw 24 hours, non-stop, more than 5760 throws.

In the Ataköy Sports Hall in Istanbul Ekin is determined to get this record. However his age is 70. He is a champion in Swimming, Weightlifting, judo and Karate and was Gymnastics teacher in Turkey. He taught judo in five continents.

He became Mediterranean Champion three times in 1968, 1969 and 1970 and still heavily involved in judo. Last year he was in the staff of the Turkish team and also doing commentary for the Turkish TV during the European Senior Championships in Istanbul to promote judo in his country.

He already did some weird records such as parachute diving, staying underwater 5 days and 5 nights, where he ate, drunk and slept underwater. He is most proud on this record.
Ekin is an adventurous type. It was not his only experience in water. Also he swam 48 kilometers underwater in the Bosporus, for 37 hours. The longest ever distance under water. His background is the navy where he did the dangerous work to check in many seas such as the Black Sea and Mediterranean. After his career as a soldier at many international places he dedicated his life to sports and charity.

Ekin says to the EJU: “To attract more attention of the kids, parents and women they may be attracted to our sport. I’d like to show that a judoka may easily break a Guinness World Record. Judoka have fighting spirit, will, power, concentration, focus, talent and psychical condition or higher than any other athletes.”

“Also I want to explain two principles of judo: mutual friendship and the best use of energy. Foremost I would like to make judo more popular than ever.”

We will report from the spot of the record.
Also you can follow the European Cup for Seniors which will be held and combined with this record attempt this weekend. All is part of the celebration of the 50thAnniversary of the Turkish Judo Federation this year. In October the first World Cup will be held in Istanbul.

Watch the pictures during the day: