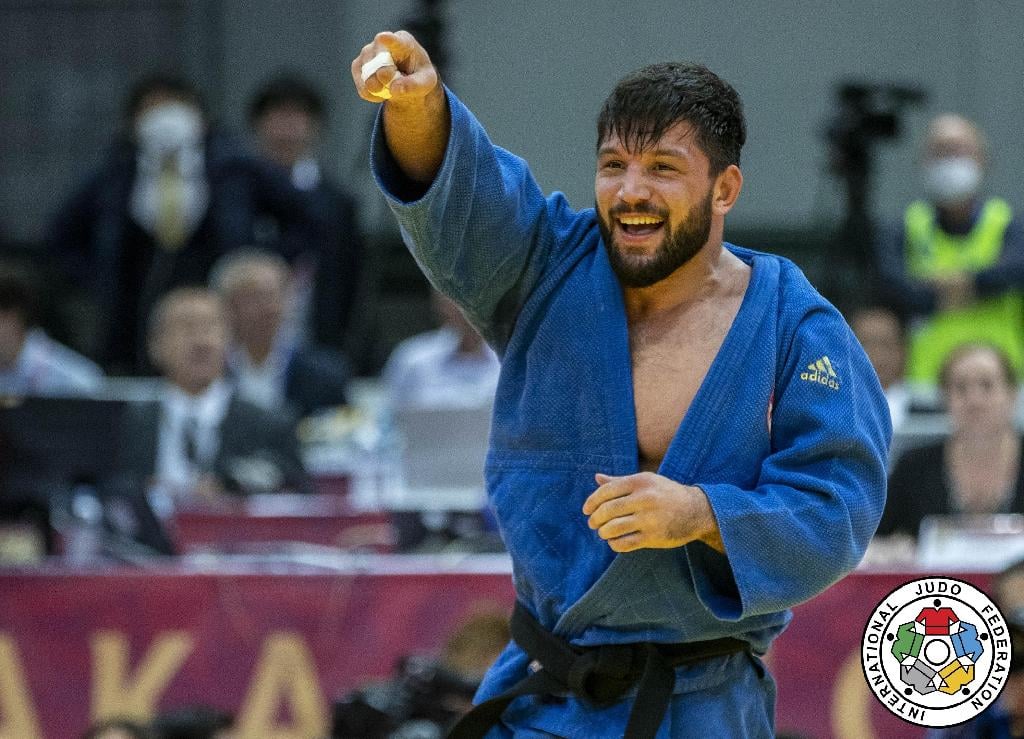 The third and final day of the Osaka Grand Slam saw Beka GVINIASHVILI (GEO) take the gold medal in the -90kg category when he defeated Davlat BOBONOV (UZB). Once again competing in Japan posed a myriad of problems for visiting nations and Gviniashvili’s gold was one of only three to escape the clutches of the host nation (Amandine BUCHARD -52kg and Inal TASOEV +100kg being the other two).

Gviniashvili began his day with a first-round bye after which he defeated in round two BU Hebilige (CHN) by waza ari awasete ippon. In round three Gviniashvili overcame current Olympic champion, BAKER Mashu (JPN) to take his place in round three. In the quarter final Gviniashvili faced Mammadali MEHDIYEV (AZE) whom he had last faced and defeated at the 2017 European championships in Warsaw. A single score of waza ari with right sided ko soto gake scored with only 15 seconds left on the clock was enough to take Gviniashvili through to the semi-final. Despite falling behind by waza ari to a NAGASAWA Kenta (JPN) left uchi mata, Gviniashvili bounced back with two scores to see the Georgian take his place in the final.

When asked to describe his day Gviniashvili said,

“I had never won a medal in competition in Japan and I still feel disappointed at having lost in Tokyo at the world championships. I knew that it was going to be a difficult contest and I had a feeling that it would be decided by golden score. But I felt that if I stayed focused I would throw him and in the end I did.”

Gviniashvili’s win is all the more impressive when one considers that on his way to the gold medal he defeated two of the top Japanese, something that very few others had been able to do over the three-day period.