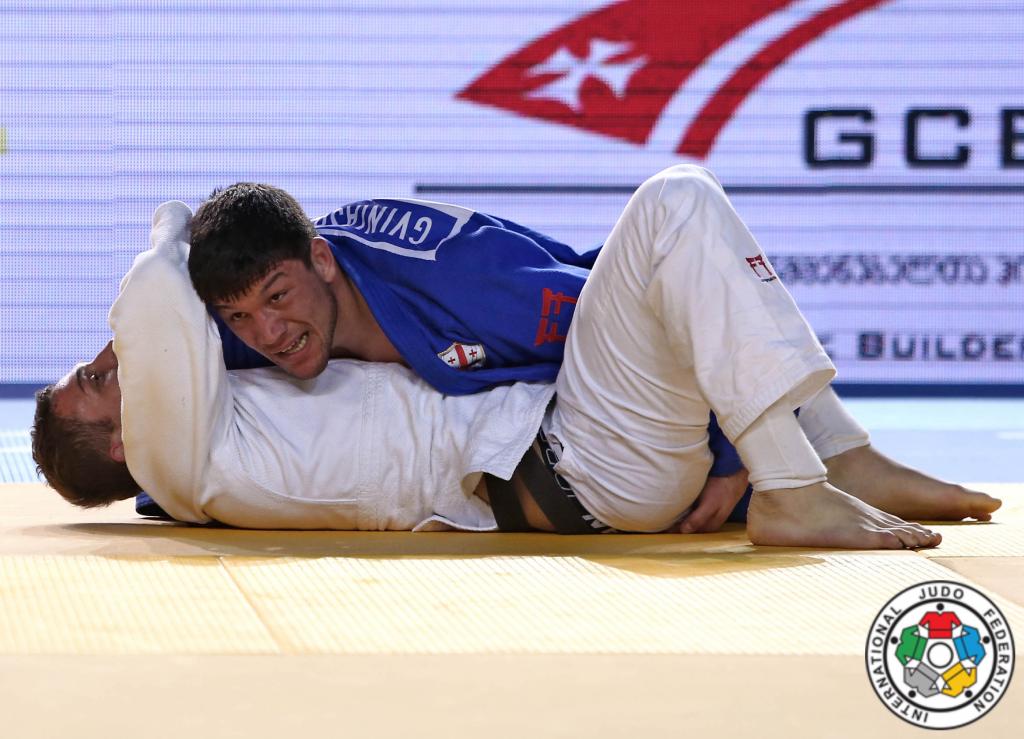 The Georgian fans may have had to wait two days before finally being able to celebrate a gold medal win, but it was a win well worth waiting for. It came, as anticipated by many, in the -90kg category but not from favourite and world number one Varlam Liparteliani GEO, rather 19 year old Beka Gviniashvili who in an attractive display of controlled power delivered the “blue riband” category for the home crowd. Seeded number four, Gviniashvilli had a bye into the second round where he faced Joakim Dvarby SWE. An ippon set the pattern of his [Gviniashvilli’s] day as the young Georgian went on to defeat both Tarel Safguliyev AZE and world silver medallist Toth Krisztian HUN by ippon. In front of an expectant audience at the Tbilisi Sport Palace the final saw Gviniashvilli up against team mate Varlam Liparteliani. The contest remained in the balance with both fighters collecting a variety of penalties along the way (Liparteliani 3, Gviniashvili 2). But, with less than 20 seconds left on the clock, Liparteliani, having attempted sumi gaeshi that failed to score, found himself in difficulty in ne waza. Gviniashvili quickly took advantage of the situation to secure a strong yoko shio gatame for ippon and the gold medal. Asked whether he [Gviniashvilli] was confident coming into the fight of being able to achieve a win Gviniashvilli said “I knew what I was capable of and with this win I showed it.” Gviniashvilli was not the only one who knew what he could do. Sitting at home watching the transmission was Japan’s Baker Mashu tweeted his prediction prior to the contest getting underway. It must have been a late night for the watching Baker for he tweeted “Bingo” once the result was in. Gviniashvilli said that he was “looking forward,” to competing against Baker again. For the time being, Gviniashvilli can bask in the limelight of having beaten the best and, for good measure, done it convincingly on home soil.