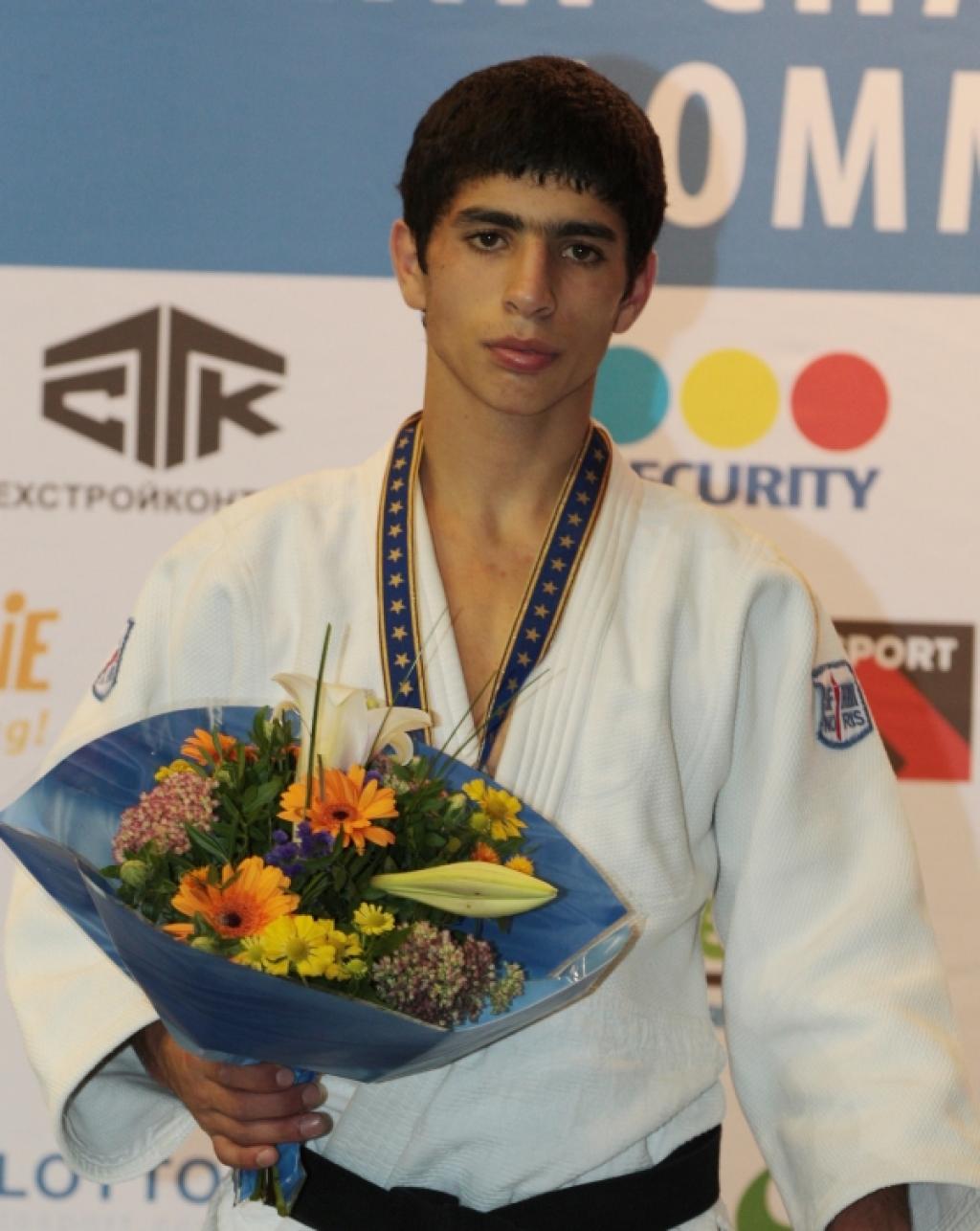 The final U55kg in Lommel was between Georgia and Armenia. Garik Harutyunyan (ARM) needed 5 seconds to jump his uchimata to a waza-ari lead after two minutes in the match. Leri Tchelidze couldn’t connect with that score and lost his fight. Tchelidze was the second at the Georgian Championships behind Giorgi Mesablishvili who lost in his second match. Harutyunyan won silver at the EYOD in 2009 but was very happy to win the second ever European title in this age category for his country. The first was Artyom Baghdasaryan in 2009 on his homeground in Yerevan.
It’s only the fourth ever European title, Armen Nazaryan won gold U23 in 2003 and gold in the senior Championships two years later. Only the U17 European title is missing but with a bright future for the Armenian judo youth that day will come as well.
Later on the day his brother Gor won the European title U60kg.

The Belgian crowd supported Adrien Quertinmont who outperformed today. More favoured was Gert Maes who was more successful in the European Cup tour, but today lost to the later finalist Garik Harutyunyan by ippon. Quertinmont reached the semi final and lost to Tchelidze and for bronze he met the creative 2009 World Cadet Champion Sakhavat Gadzhiev. The Russian showed many of his skills but not resulting in a score. In the golden score Gadzhiev scored ippon by Tsuri-Goshi.
Oruj Valizada of Azerbaijan defeated Ivan Zverev (RUS) for the second bronze medal.