HEAVYWEIGHT MEN SET ON ADDING TO THEIR U23 TITLE COLLECTIONS 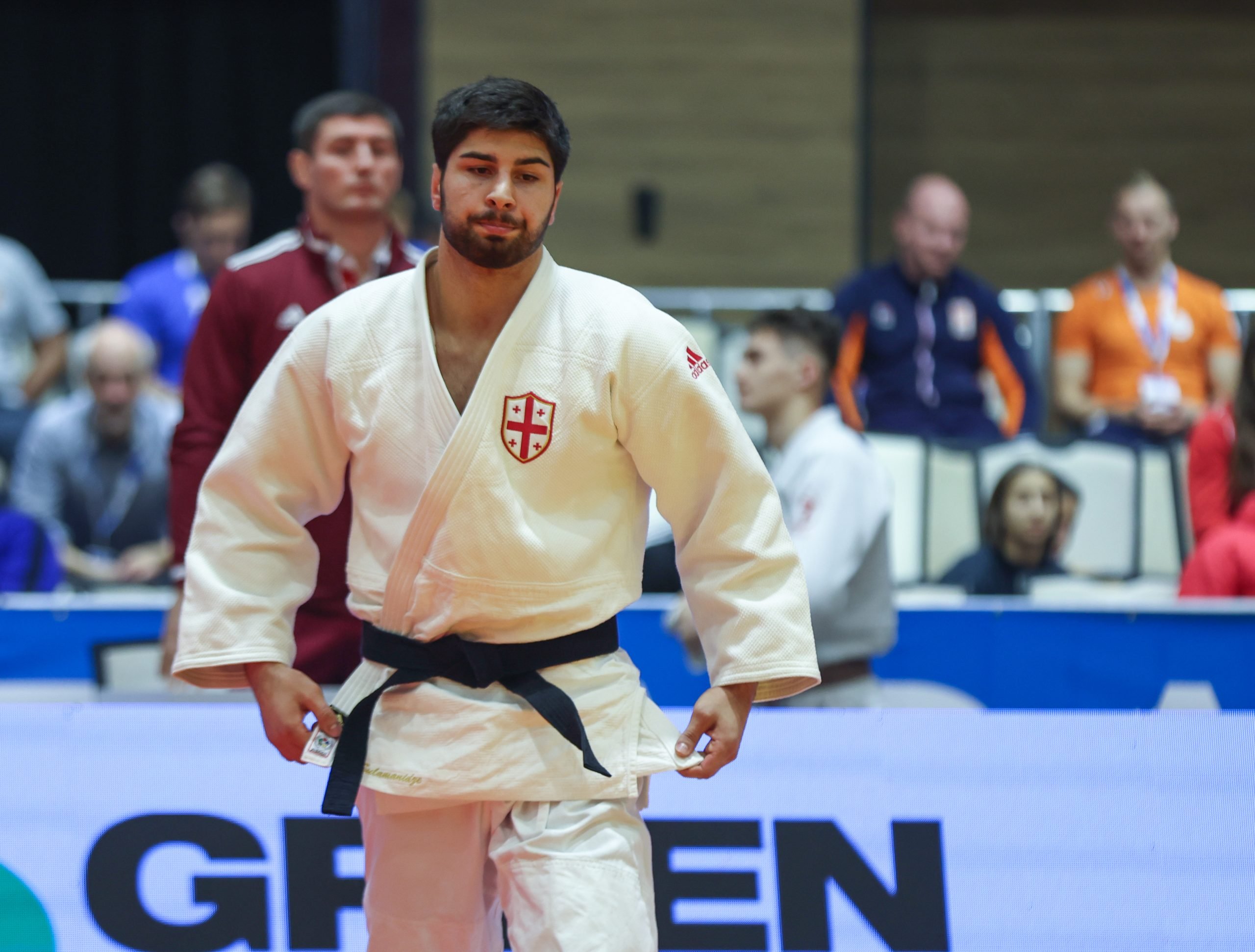 Number one seed Giorgi SHERAZADISHVILI (GEO) was unfortunate in his opening contest, losing out to the eventual finalist, Tizie GNAMIEN (FRA). The Frenchman will take on team mate, Arnuad AREGBA in the final, both having had a strong day and motivated by the performances of their team mates yesterday. There may be no results for the pair in head to heads but make no mistake, they know every move of the other and it could be a great contests for the -81kg final. Regardless, a gold and silver medal will be added to the French collection.

This years junior world bronze medallist, Samira BOCK (GER) went one step further today in order to reach the final, even defeating her team mate Friederike STOLZE in the quarter final and the 2021 junior European champion Nataliia CHYSTIAKOVA (UKR). In the final she will face yet another French athlete, Kaila ISSOUFI. Since being launched on the senior circuit in 2021 Issoufi has failed to find a medal so will be happy, not only to be back on the podium, but to be competing for the gold medal and rightly so after todays performance.

It was a surprise early exit for Francis DAMIER (FRA) in this category, then again, not one of the quarter leaders managed to make it to the quarter finals! Instead, we will see Marat KRYSHANSKYI (UKR), who before this year last medalled in 2017 as a cadet but picked up a bronze in the Celje-Podcetrtek Senior European cup at the beginning of the month. Competing against him for the gold is Georgia’s Nika KHARAZISHVILI who took the junior title in 2021 and will be looking to add to his title collection in Sarajevo.

Due to an issue in the weight in, we missed out on seeing the senior world bronze medallist, 18 year old Yelyzaveta LYTVYNENKO (UKR) compete, however what we did see is the continued rise of the Croatian women. Petrunjela PAVIC (CRO) took silver in this tournament last year and is proving that she is more than capable to take this level on again. It will be a different final this year though as Lea SCHMID (GER) will be her opponent. Schmid was also on the 2021 podium with a bronze.

Ilia SULAMANIDZE (GEO) is the only athlete who can continue to be the reigning U23 European champion following the loss of Seija BALLHAUS (GER) in the -57kg category yesterday. His experience and success on the senior circuit out him in good stead to stay on top here in Sarajevo and as predicted has won his contests with ease, ippon in each one. However he won’t be given such an easy final. VEG Zsombor (HUN) fought the Georgian in the final last year and will again here, the Hungary Grand Slam bronze medallist is also a regular on the IJF circuit and is getting stronger by the tournament, the prior wins may be in favour of Sulamanidze, but anything can happen.

Abu Dhabi Grand Slam bronze medallist, Sophia SOMKHISHVILI (GEO) looked to be a favourite for the final but fell at the hands of Ruslana BULAVINA (UKR) in the semi final due to an accumulation of shidos. Unfortunately for the Ukrainian team, it was almost an all-Ukraine final, but the current junior world silver medallist Hilal OZTURK (TUR) defeated Diana SEMCHENKO in order to take her place for gold.

Many were hoping for a rematch between Saba INANEISHVILI (GEO) and SIPOCZ Richard (HUN) in this category as we can be sure for many attempts at a huge technique and ballistic end to the competition, however only the latter will be fighting for gold this time. Already Sipocz has two U23 titles, incredibly two out of seven in his huge collection, and this will be a hat-trick if he can secure the win against Munir ERTUG (TUR).