HEYDAROV FIRST TO MAKE IT A TRIPLE FOR AZERBAIJAN 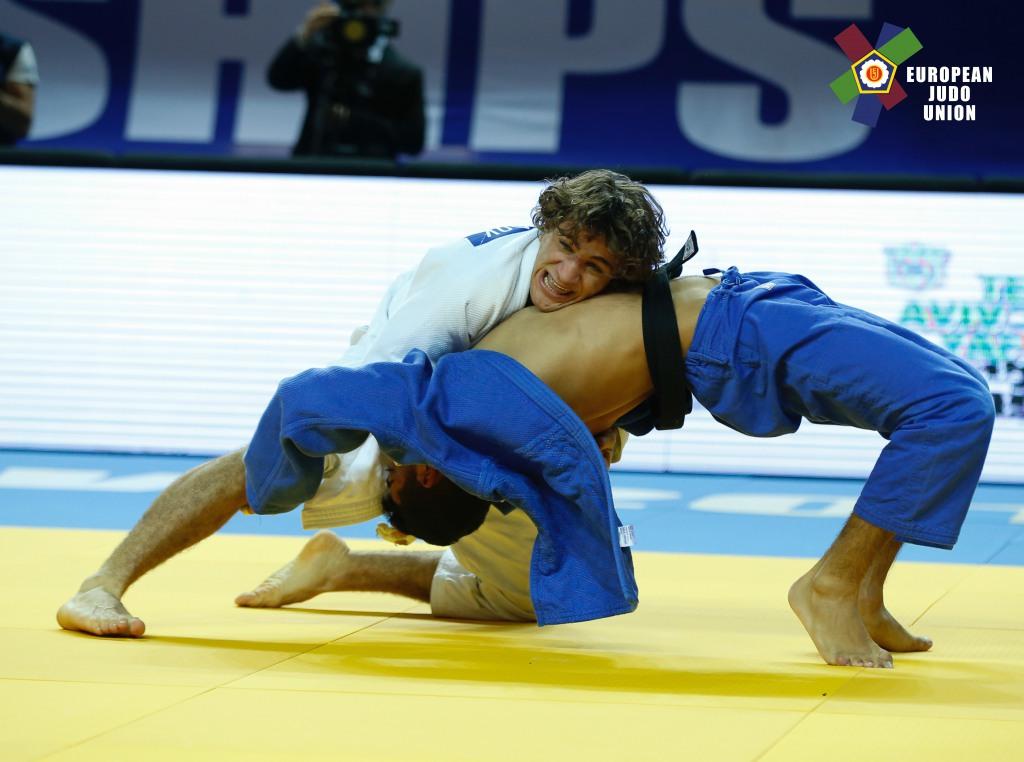 After 24 years of waiting, the Israel Judo Association put on a terrific show during the first day of the U23 European Judo Championships 2016. Thousands were chanting at Shlomo Group Arena for all who competed throughout the day.

Day one concluded with all seven lower weight categories which were won by seven different nations. Namely, Russia, Germany, Kosovo, Moldova, Azerbaijan, Great Britain and Serbia. Although the host nation, Israel, did not make it to the top of the rostrum, they achieved two silver medals and one bronze medal.

Today, the importance of this tournament was once again ratified by many and as previous results have showed, we again witnessed an incredible successful transition between junior and senior levels. Up to date, there were only 12 athletes who had managed to win all three, Cadet, Junior and U23 European titles before entering into the elites. The latest one happened to be Hidayat HEYDAROV of Azerbaijan, joining the select group of now 13 judokas to make it a treble. He is the newest member of the group and the first ever judoka from Azerbaijan to win all three titles.

The 19-year-old judoka has hot footed from the Junior European podium onto the U23 European podium in only 56 days. Heydarov started his quest against Charilaos HADJIADAMOU (CYP) where with just under two minutes to go, Heydarov stunned his opponent for Ippon. Loic DEMIERBE (BEL) was soon to face the Azerbaijani judo ace, where Heydarov took the lead by a yuko before finishing with a spectacular double sleeve kata guruma. To book his spot into the semi-final, Heydarov defeated Akil GJAKOVA (KOS). The semi-final saw the hardest contest with Saian ONDAR (RUS), who was the only one to stand the full contest time.

“My hardest fight was the semi-final against the Russian. He has very strong with his gripping and I was not able to throw him for Ippon. I was in a good shape today and I won all fight by Ippon except the semi-final.”

There it was Heydarov a step away from writing history. In the final, he met home favourite, Tomar BUTBUL (ISR), who proved to be the strongest from the lower half of the draw. The Israeli fighter captivated the crowd with a sharp left sided low morote seoinage, scoring yuko within the first minute. Although, Butbul looked to be physically stronger, it did not deter Heydarov, who a minute later finalised his mission by throwing Butbul for wazari and securing the oseikomi.

Heydarov expressed his thoughts after the final, “I came to Tel Aviv to win the gold medal and I am happy to reach my goal.”

“I am still a junior next year, but my goal is to win Junior and U23 Championships again and to defend my titles. My long term goal is to win the Senior World Championships. I know that I have a very strong opponent in my country, namely, Rustam Orujov, but I will give my best to beat him in a few years”, he concluded.

The tournament will begin tomorrow at 10.00am local time and we will see the remaining seven weight categories.