High expectations of European Championships after the draw 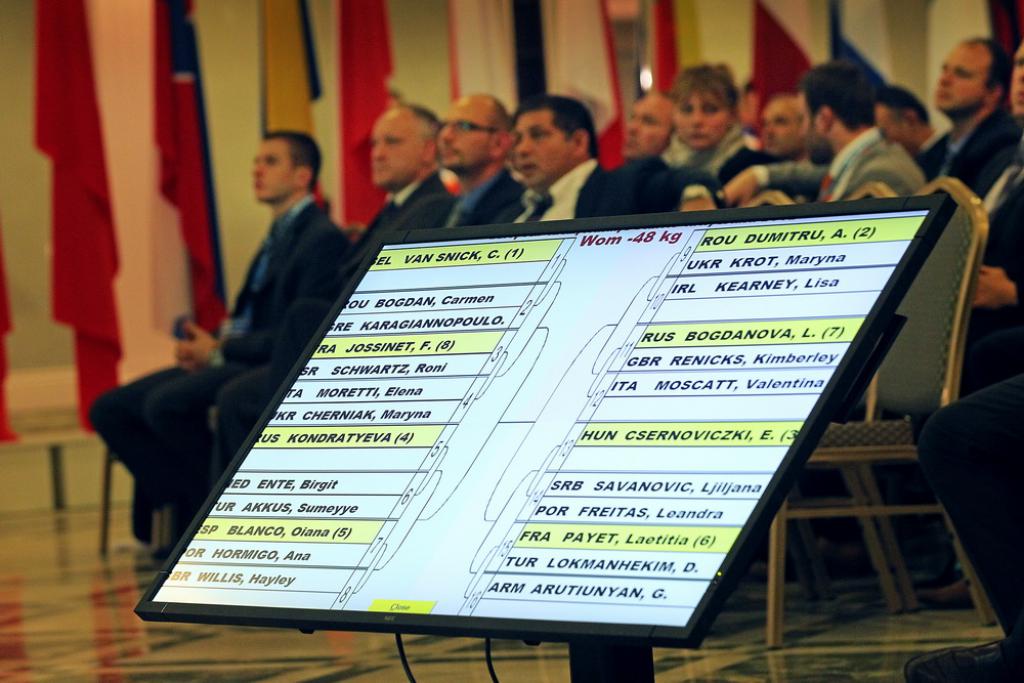 On Wednesday the draw ceremony was held in the Malakhit Hotel. The rivals for the first 14 fights in all weight divisions of individual competitions for men and women were defined.

The governor of the Chelyabinsk region Mikhail Yurevich opened the ceremony. The head of the region thanked foreign guests for coming to the South Urals, promising to make their visit warm and cozy.

His words were confirmed by the president of the European Judo Union, vice-president of the Russian Judo Federation Sergei Soloveichik. “It is evident that Chelyabinsk is prepared for the championships. It can be seen in the first day of coming. The international guests were pleasantly surprised by the warm welcome. I have a confidence that the European Championships in Chelyabinsk will be the best tournament in its history,” Soloveichik says.

The draw ceremony took 45 minutes in the Malakhit Hotel. It was opened by the famous TV newscaster Dmitry Guberniev. He closed the ceremony saying “Congratulations! The Championships have started since this moment.”

Athletes in each weight divisions were appointed according to their positions in the world ranking. Russians got not really strong rivals for the first fights. The senior coach of the Russian team Vitaly Makarov was content with draw results. “I’m glad that our guys can meet each other only in finals. We have a strong team. Our athletes are eager to fight. We pin hopes on them,” he says.

Watch all photos of the draw in our media gallery.