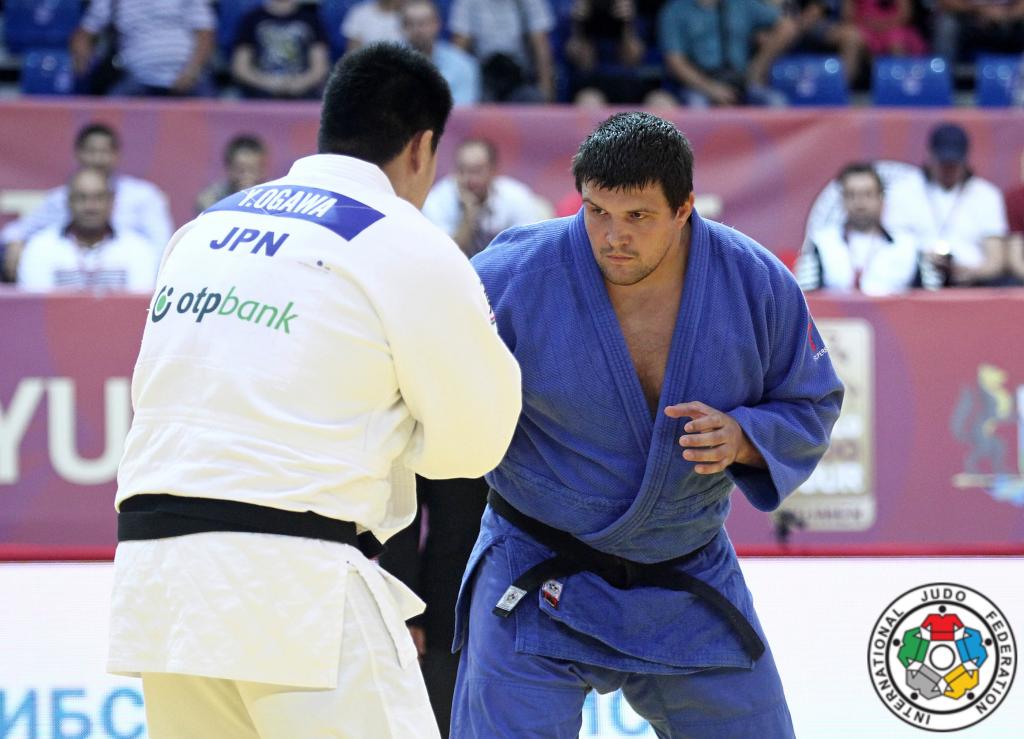 Andrey VOLKOV (RUS) provided the home crowd with a second and final closing highlight when he took the gold medal in the +100kg category to bring the Tyumen Grand Slam to a close. Having stood nine times for the Japanese national anthem the Russian fans can be forgiven if they cheered not simply for Volkov’s win but to hear their own anthem and to send them home happy.

Volkov began his day with the benefit of a first round bye. The small entry meant that this put him in a quarterfinal spot where he faced Sergii ZVIERIEV (UKR). The 21-year old Ukrainian was almost caught early on in the contest when after a failed seoi nage attempt he narrowly escaped being held by Volkov in tate shio gatame. But, somewhat surprisingly, Zvieriev managed to escape, giving up only a yuko. Volkov put a second yuko on the scoreboard when he threw Zvieriev with harai goshi. In the ensuing next ne waza exchange Volkov managed to secure mune gatame for ippon.

In the semifinal Volkov faced team mate Soslan BOSTANOV (RUS) to whom he had lost on their two previous international encounters despite being ranked a few places higher on the IJF world-ranking list. Volkov was watchful until, after three minutes, he seized his chance throwing Bostanov for waza ari with o goshi then pinning his taller team mate with kuzure yoko shio gatame to take the contest.

In the final Volkov faced OGAWA Yusei (JPN) against whom the Russian wasted no time in getting to grips with. After 30 seconds Volkov launched a successful yoko sutemi waza effort that scored waza ari from which Volkov then secured kuzure yoko shio gatame to win the contest. It was a pleasing end not only for Volkov but also for a supportive Tyumen crowd. Next year the Grand Slam moves to Yekaterinburg where it is hoped the same level of crowd support can be achieved.