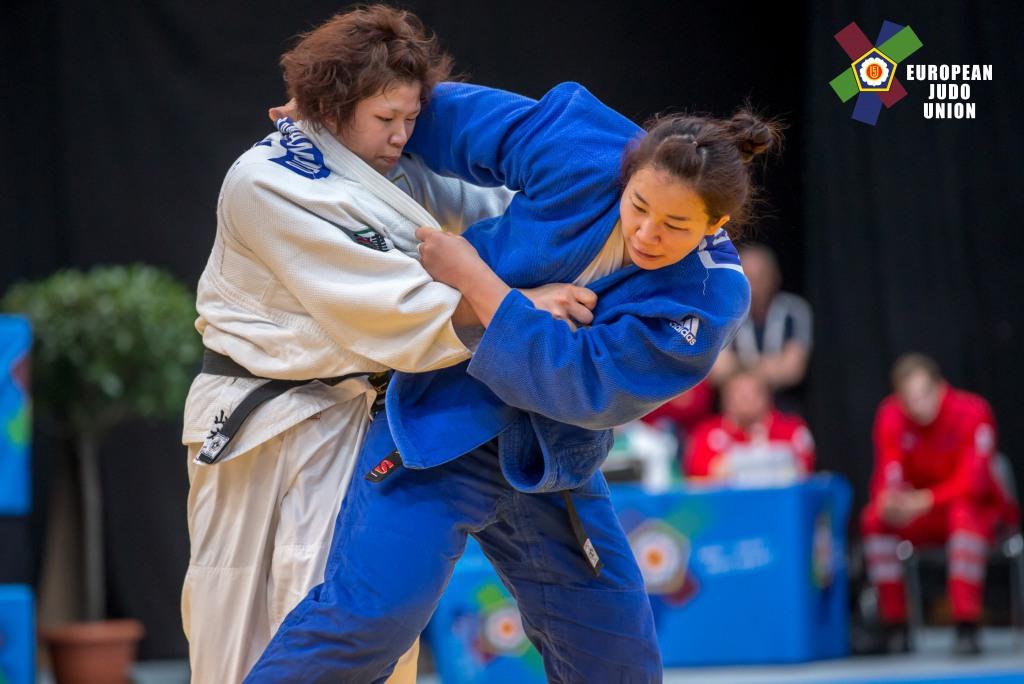 At first glance one could easily be mistaken into thinking that there was nothing remarkable about the three weight categories on offer on the second and final day of competition at the European Open in Oberwart. After all, none of the top Japanese currently in Europe had been entered, and only one competitor in each of the three weight categories could claim to come from the top ten from the world ranking list. That was more than compensated for however by the top Koreans taking part. So in some ways it was a case of you win some you lose some. And yet despite sending what in effect was at best a number five team, it was the Japanese who, with some style, managed to take almost complete command of the medal spots.

The Japanese were well placed to make it three for three but the South Koreans stepped in to spoil their party. It was 28-year old KIM Minjeong (KOR) the Korean number one and current Asian champion who defeated INAMORI Nami (JPN) in the final of +78kg category. Ivana MARANIC (CRO) took a bronze medal making it two in a row (after bronze in Sofia) and a successful start to her new weight category.