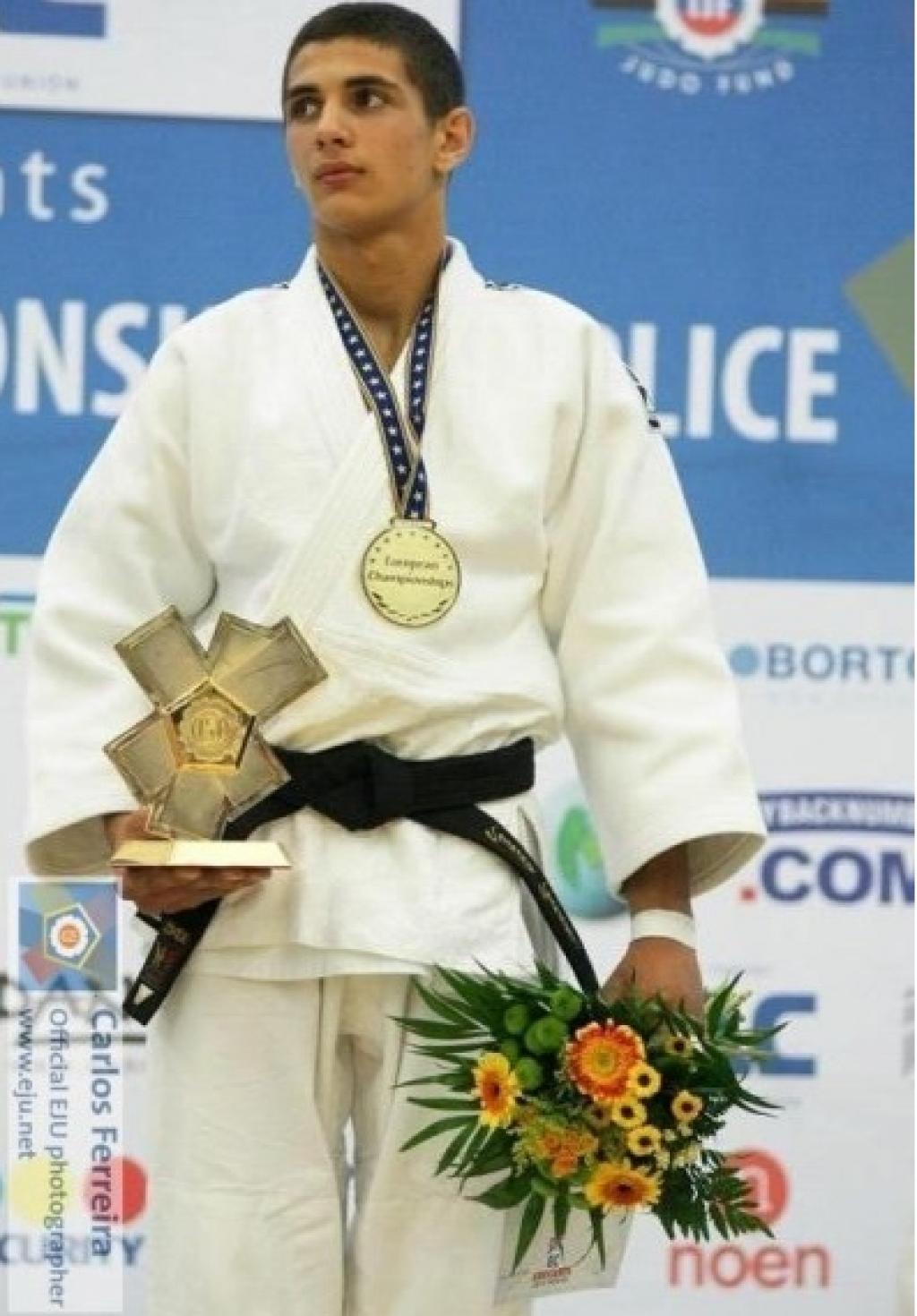 The U17 European Championships in Teplice are much more a variety of medals than last year when Russia won 9 out of 16 gold medals. Although Russia is leading the medal ranking, yesterday gave a broader picture of the strength in the cadet category.

One of the young stars U17 is Barbara Matic (CRO), who won the U63kg category in Teplice. The 15-year old Croatian judoka now won the gold after last year’s seventh place in Koper. But Matic is a top athlete U17 and wins almost every international event, even in the U20 category. This year she won the European Cup in Kaunas and European Cadet cups in Zagreb, Tver and Berlin. Not a big she won in Teplice, but she had the same status last year when it didn’t work out well.
On Saturday Matic defeated Margaux Pinot (FRA) in the final. Pinot was gold medalist in Koper in the U57kg category. Now one category higher Matic is her nemesis, but the competition at this level is very good for European judo.

Nataliia Ilkiv (UKR) was the only on Saturday to prolong last year’s title U52kg. Ukraine had lost two finals in the men’s category but Ilkiv now defeated Russian Zarina Babinyan in the final. Ilkiv can peak at the right moments given her title last year and her European Youth Olympic Days gold medal collected last year as well. Sad for Babinyan to become second again, she has quite a collection of silver medals, but progressing like this she will definitely pick some gold medals soon.

Turkey is booming for a long time, mainly in the women’s category. One of those talents is Dilara Incedayi who took the European title in Teplice. Last year she finished third and this year she was able to beat Ana Kokeza (CRO) in the final. A very good generation is coming up in Turkey and soon they will take the senior spots at the major tournaments, it already started.

In the men’s category Dmitry Zuev secured a medal for Russia. Zuev, who had a good warm up to this championship, previously won the European Cup in Tver, and beat Hungarian Martin Vegvari in the final.
Ivaylo Ivanov (BUL) celebrated the first ever European Cadet title for his country. Three Bulgarian youngsters were close previously, among them Borislava Damyanova yesterday losing the final on Friday. But also in 2002 and 2007 Bulgaria lost a final. Today Ivanov succeeded to bring the title to his country.
The final though was a real surprise as his opponent Suleyman Vyshegurov (RUS) has quite some fame and more over gold medals in this category U73kg. Vyshegurov was really dominant this season winning European Cups in Tver, Berlin and Szczyrk. But Ivanov was in a better shape today. Georghi Petrov won the European senior title in 1981 in Debrecen, Atanas Valchev won the European U21 title also in 1981, but since than there was no one else to win the European title in judo. Congratulations for Ivaylo Ivanov for such a performance.