HOLLAND TRIPLES WHILST GERMANY TAKES IT ALL 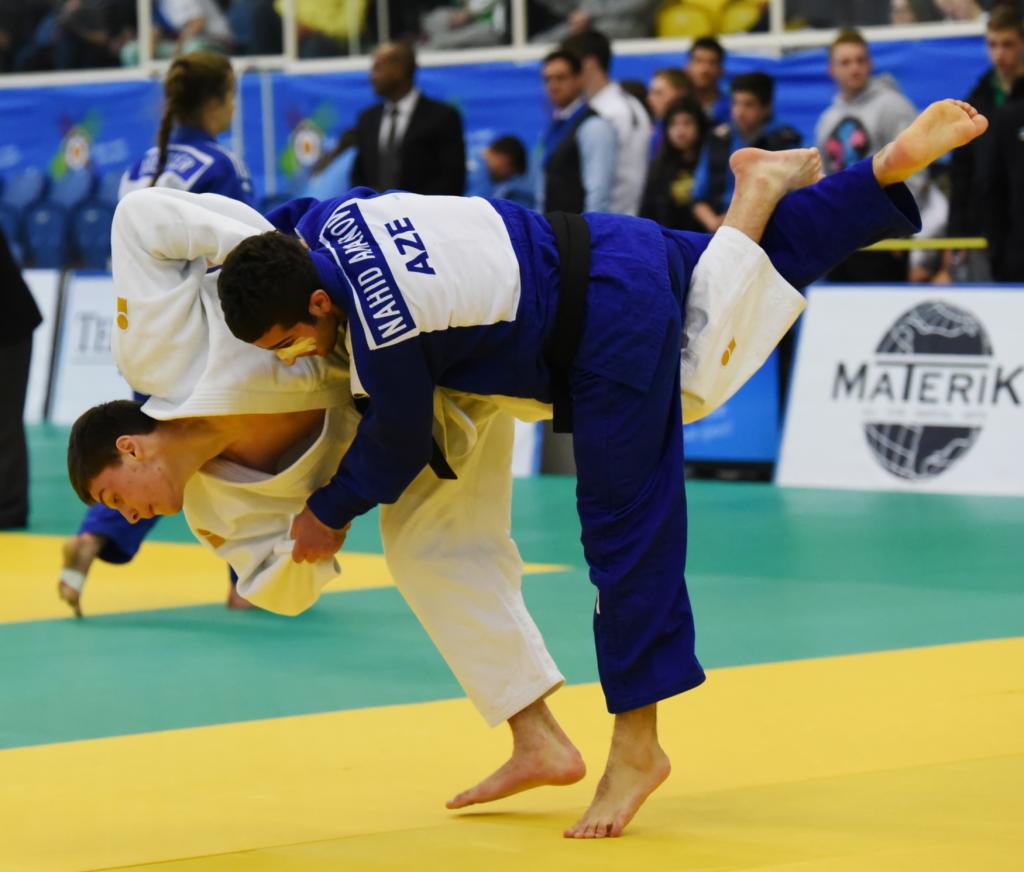 Five matches and five ippons. That was the score displayed for Boehm of Germany in the -70kg category. In the final she showed her great sets of ne-waza skills and won the fight with osae-komi-waza. The third gold for Germany was won by Bauernfeind in the +78kg who defeated her team-mate, Lucht with a tai-otoshi throw followed into osae-komi-waza.

The -63kg category also brought two members of the same team to the final. Loen of Holland defeated her compatriot Vermeer by penalties. “Last week I placed third in the Holland championships while Vermeer was second”, Leon said. The reigning champion fought in Teplice before but was out in the preliminaries round. “I am happy with my result here and hope to do well in the tournaments to come in order to be selected for the European Championships.” – she added

Leon wasn’t the only Dutch on the top of the podium today. Reijntjens won his second European Cup in Teplice in the -81kg. In the final he threw Kilian of Germany by o-soto-gari which was worth of a waza-ari score. To end the contest, he added one more waza-ari with a greatly executed ko-uchi-gari. “Although the final might looked easy it was not,” – said Reijntjens. “Kilian is very strong. But I am very happy to throw him twice. I produced some good throws during the day but the semi-final was very difficult. I will compete in Berlin in May and after that the selection for the European Championships will be made. I hope to be selected and will do my utmost to fight for the medal there”.

Holland tripled by Catherina in the -90kg category who won all of his matches by ippon on his way to the final. But the final was very tough. Although his German opponent, Zorn was penalised, he also managed to produce two good attacks in the final seconds however they wasn’t up to the scoring system which allowed Catherina to defend his lead and won the third gold for Holland.

The -73kg was dominated by Parlati of Italy. The young Italian did not give many chances to his opponents for any score but he immediately punished any mistakes by a counter technique. No difference in the final where he took a small chance given by his opponent Rechister of Israel and scored yuko withstood all attacks and won the gold.

The Finnish cadet teams did very well in Teplice with one gold and two bronze medals. The gold was won by Kanerva in the -57kg. In the final she produced a text-book style sode-tsuri-komi-goshi and decided the fight by ippon. The last final of the tournament was won by Hegyi of Austria who defeated Kukharenka from Belorussia in ne-waza.

To allow the youngsters to grow their talents, an official dtraining camp will be held in Teplice from tomorrow until Wednesday. #TCJudo