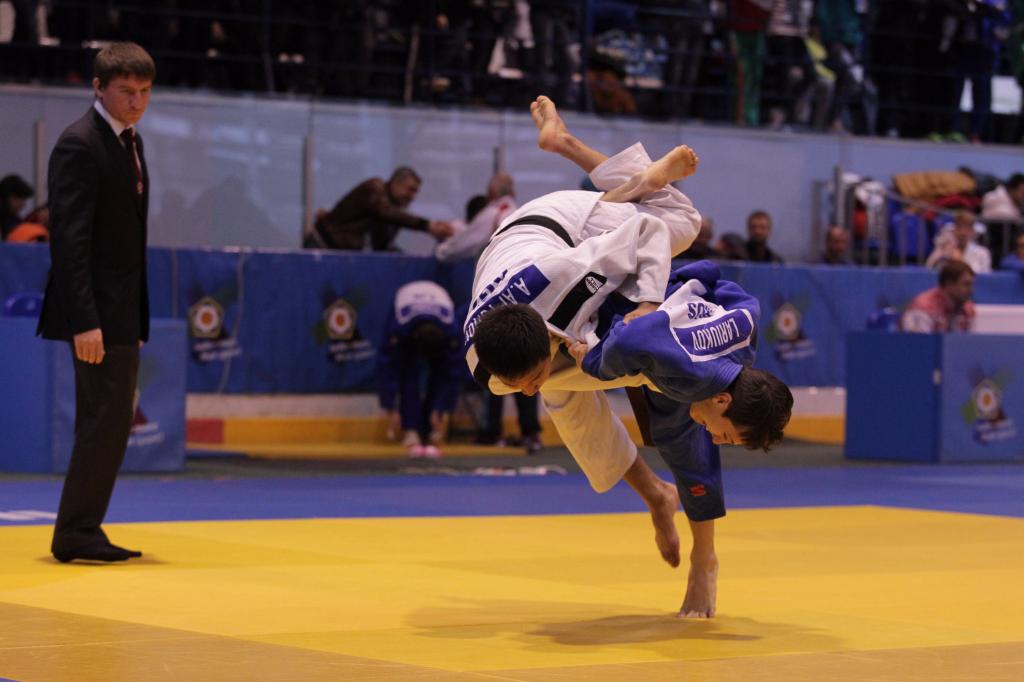 The eight sets of medals were raffled off today in medium and heavy weight categories. Russian athletes won six gold medals of eight. Judokas from Tajikistan and Kazakhstan took one gold.

Irina Zueva from Chelyabinsk, Russia has risen on the highest step of the podium in the weight category up to 57kg. In the final at the minute before the end of the fight she defeated Irena Dzhugutova by waza ari and changed the last year’s bronze to gold.

16-year-old debutant of the tournament Dmitry Kharitonov from Ryazan (Russia) won in the weight category up to 73kg. In the final he took over Zelim Tchkaev. “The fight for the first place was the most difficult, the previous fights I could win at the beginning and there was in the role of catch-up. But I could to concentrate and made a throw. I am very happy because this is my first victory at a European Cup”, admitted Dmitry after the final.

Therewere very exciting fights in the weight category up to 81kg of boys. Very varied fights were showed by the athlete from Tajikistan Nazirov Ekubzhon. He skillfully and powerfully “passed” all the fights. In the final he won ahead victory above Ivan Dubina from the Republic of Belarus. “I felt myself in Tver almost like at home and the support of comrades gave me extra strength and emotion. Maybe that’s why I won so easily”, explained the Tajik after the medal ceremony.

In the final of weight category up to 90kg Dzhafar Kostoev from Russia opposed “on an equal footing” to Darko Brasnovich from Serbia and in the end only Darko missed two scoring attacks from Dzhafar and took the second place. “I came to compete to Tver for the third time. I like to come to Tver, there are many good and friendly people here”, said Darko.

In a few minutes later Kamila Berlikash from Kazakhstan won the gold by a spectacular victory in heavyweight over 70 kg. “My dream and the dream of our team come true. Many years we could not win the gold medal at the European Cup. Two years ago I was only fifth here and won silver in the last year. And now, finally, I`m the first”, said Camila shining. “Many thanks to my coach and to the whole our team for their support. I always like to compete in Tver, there is the good atmosphere here, and now the Tver tatami becomes lucky for me also.”

“I really like the atmosphere in which this tournament is running. High passions are running on the stands and on the tatami, but the attitude towards to the guests and all athletes are always very friendly. I would like to thank the Russian Judo Federation and the Judo Federation of Tver Region for the good level of the organization of this ECup. And the young athletes are showing the high level of judo fighting”, mentioned EJU Sport Commissioner Wieslaw Blach.