HOME CROWD RAISE THE ROOF FOR HEYDAROV AND MOLLAEI IN BAKU 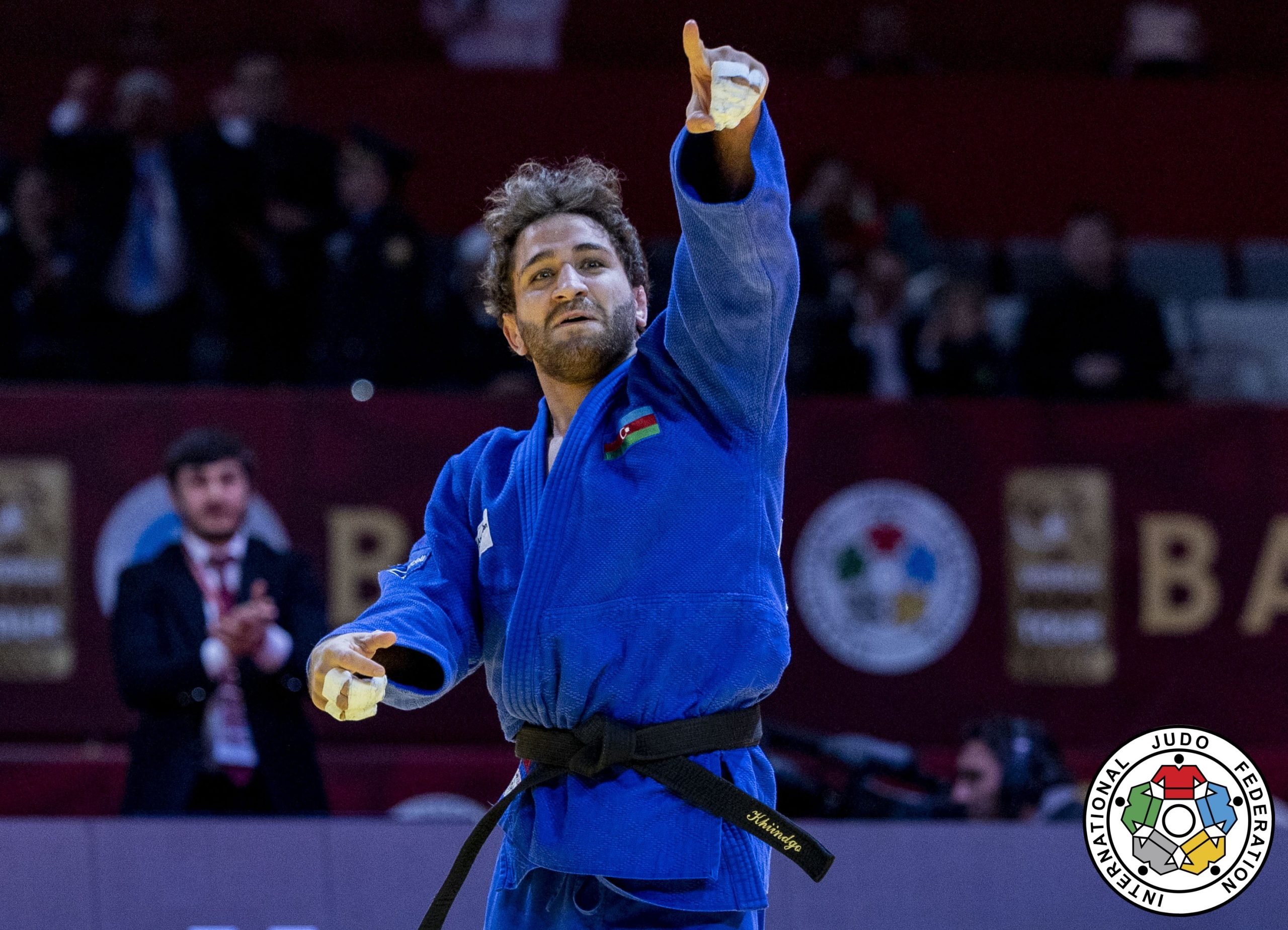 Azerbaijan were still buzzing from Balabay AGHAYEV’s gold medal yesterday in the -60kg category, and today they had two more reasons to celebrate in the final block. In both the -73kg and -81kg categories they looked for further gold medals from Hidayat HEYDAROV and Saeid MOLLAEI.

Current world bronze medallist, Heydarov was first up to battle it out against Arthur MARGELIDON (CAN) for the -73kg gold. It was a struggle initially for the Azeri, facing the Canadian who earlier defeated the most decorated Georgian athlete and eventual bronze medallist, Lasha SHAVDATUASHVILI. Then after exactly three minutes, Heydarov secured his grip and had complete control to execute an ippon-scoring kata guruma, delighting the crowd with his success and the continued collection of medals for the host team.

Next up for the men was Mollaei, up against one of the toughest in the -81kg category, Matthias CASSE (BEL), one of the two finalists for Team Belgium. Both athletes are high calibre, both with world titles to their names. This is a special place for Mollaei, not only wearing the Azeri flag and creating a explosive atmosphere for the -81kg final but it was in Azerbaijan where he took the world title in 2018.

Mollaei was first to put a score on the board with sumi gaeshi and he played a very smart contest following this. He needed to hold off the current world silver medallist, Casse for long enough to take the gold medal and as the seconds ticked away, the drums in the Heydar Aliyev Sport Arena were beating louder and louder until cheers were heard all around.

The -63kg final was an emotional one for Inbal SHEMESH (ISR). After a tough day, defeating last years gold medallist in the -70kg category TERADA Utana (JPN), she made it in the final against Geke VAN DEN BERG (NED). It was also a strong day for the Dutch athlete, storming her way to her first grand slam final and she demonstrated why against the Israeli. Van Den Berg led the contest, in gripping and in attacks, forcing her opponent to pick up multiple shidos and the pair went in to golden score despite some close calls for scores.

Judging by the flow of the contest, the favour was lying with Van Den Berg but Shemesh wasn’t willing to give up this opportunity and a slicing tani otoshi from the Israeli brought not only her second grand slam gold medal of 2022, but tears of joy.

Now although the Netherlands had a bitter sweet finish in the -63kg category, world bronze medallist, Sanne VAN DIJKE wanted to give them a reason to celebrate and she did just that in the -70kg final. Van Dijke is consistently in the leading party of this weight category and once she found her footing against Gabriella WILLEMS (BEL) who is making her way back to her pre-injury self, she found a deep belt grip and hooked in for ko soto gake, taking down Willems for ippon and the number one seed took her third grand slam title.