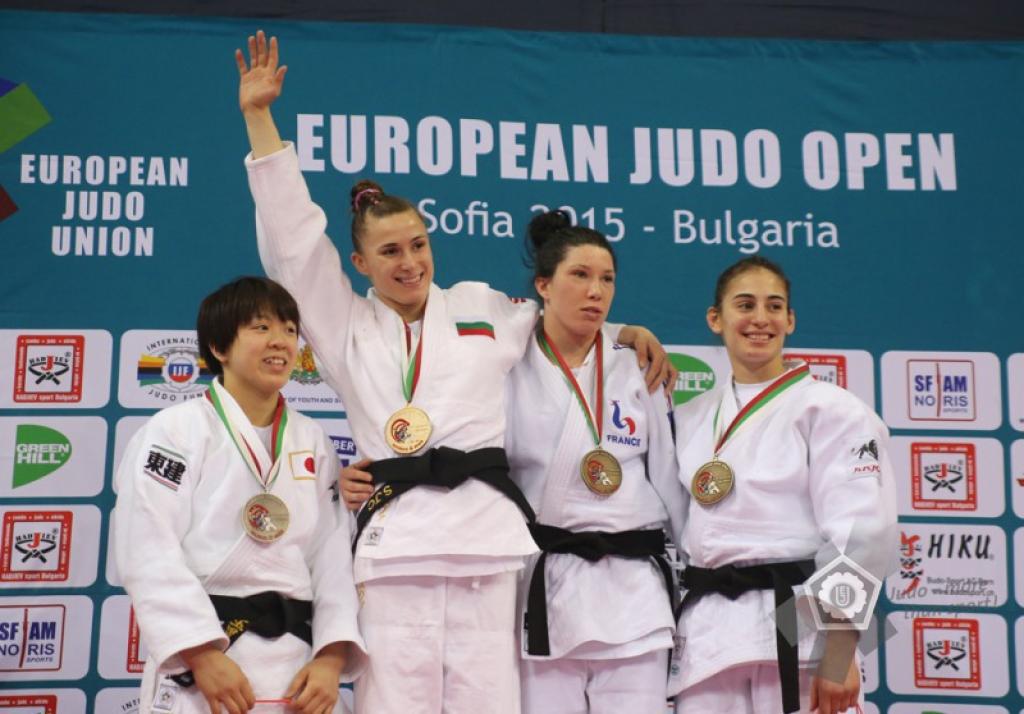 The opening day of the European Open in Sofia saw 250 judoka take to the tatami, with 202 more due to take part on day two. So today’s winning performance in the -57kg for Bulgarian Ivelina Ilieva should rank as a triumph not only for the 23 year old but also her fans and Bulgarian judo. In addition to Ilieva’s gold medal the Bulgarians are also celebrating a bronze medal win from -60kg lightweight Yanislav Gerchev. It must be the most satisfying of feelings to win (especially gold) in front of one’s home crowd and Ilieva should be proud of accomplishing a goal which has eluded her on five previous attempts. Unable to compete last year due to an elbow injury sustained at a training camp, Ilieva began her day with a reasonably comfortable win over Ukraine’s Natalia Ilkiv whom she edged out by two yukos. Next up was Valentina Giorgis ITA whom Ilieva defeated scoring waza ari and yuko. After that Ilieva was able to find top gear and dominate her category in some style scoring ippons against both Emilie Amaron SUI and Viola Waechter GER. Ilieva saved her best for the final where she had a fine win by ippon in newaza against current junior world champion Tamaoki Momo JPN. “It is without doubt my best performance, not only because I won at home, but also because it’s the first competition of the year for me and it puts me in such a good frame of mind for the upcoming Grand Prix in Düsseldorf later this month,” said Ilieva. There were gold medal performances in the -60kg category for Adrien Raymond FRA, and Sam van T Westende NED in the -73kg category whilst Noa Minsker ISR took the gold medal in the -48kg category for women.