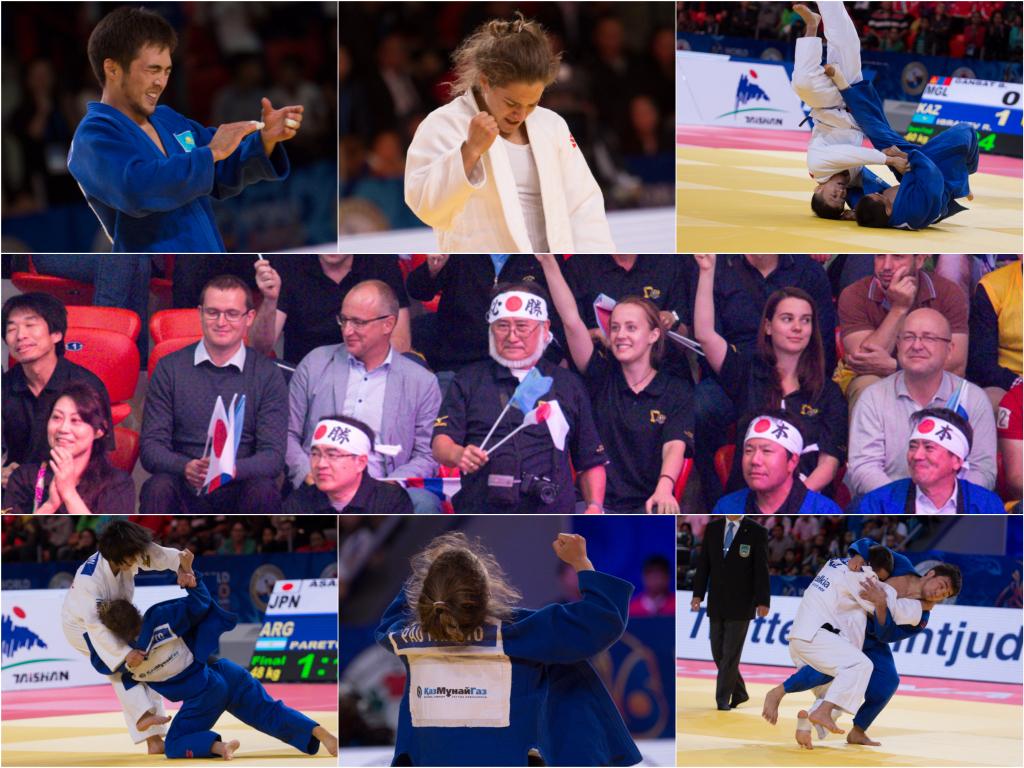 The opening day of the 2015 world championships being staged in Astana, Kazakhstan, saw some of Europe’s finest judoka fall short of the medal podium. Europe’s men found it tough going against strong opposition with the medals in the -60kg category going to Japan, Korea, and host nation Kazakhstan as Yeldos SMETOV (KAZ) and team mate Rustam IBRAYEV took gold and silver respectively.

It was a similar situation for the women where 40 women took part in the -48kg category with the entire top eight from the IJF world ranking list in attendance. There were high expectations for Maryna CHERNYAK (UKR), Monica UNGUREANU (ROU), CSERNOVICZKI Eva (HUN) and Julia FIGUEROA (ESP) all of whom were seeded in the top eight. However, in a category packed with closely matched fighters, only Chernyak was able to get to a medal match (bronze) losing eventually to JEONG Bo Kyeong (KOR).