Honoured guest at European Cup for Cadets in Teplice 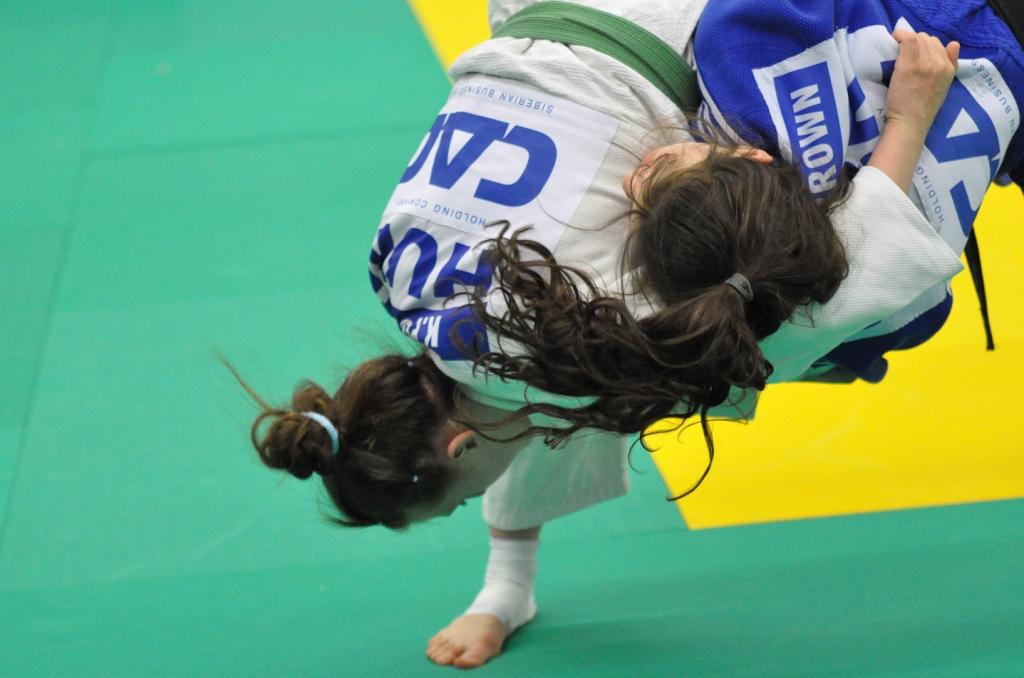 630 athletes from 28 countries entered for the Cadet European Cup held in Teplice, Czech Republic this week. The number of participants is the largest in Czech Cadet judo history.
The tournament was opened by EJU President Sergey Soloveychik and by Jiri Dolejs, president of the Czech Judo Federation on behalf of the hosting federation, who presented the honorary award to President Soloveychik in acknowledgment of his contribution to European judo.
The EJU President congratulated the Czech Federation on the successful tournament. “I am proud of your work” he said to the organisers “and I would like thank you for your effort. Please make your utmost also in the years to come to keep the highest level of the events you are organizing.”

The first final match Teplice saw was the U40kg final between Tsvetanova of Bulgaria and Ionita of Romania. The final went to the golden score match which was decided by a nice uchi-mata-sukashi performed by Tsvetanova.

The first boys’ final match in U55 kg went to golden score, too. Babazada of Azerbaijan was penalised there so the golden medal was taken by Zhauyntayev of Kazakhstan.

Seifert of Germany met Pupp of Hungary in girls’ U44 final. Also this final went to the golden score. Pupp coached by the former world champion Akos Braun won the golden match in style by throwing her opponent with a text book uchi mata. Pupp was awarded the ippon trophy for this throw.

The first final decided in regular time was the U48 final. Stangar of Slovenia pinned Baumans of Belgium and won the match in 90 seconds.
Two Bosnians met in U66 final. Majdov won silver in Teplice in 2011 in -66 but this year he claimed the gold. He threw his compatriot Zadro for wazari.

Two French girls fought in U52 final. Gneto was luckier of those two
and won the final on penalties.
Minkou of Belorussia and Heydarov of Azerbaijan met in -60 final. Also this final was decided in the golden score match but in the opening seconds Heydarov threw his opponent for ippon.
Abbasov of Azerbaijan and Koffijberg of Holland fought in the last final of the day. Abbasov threw his opponent for two waza-ari and claimed the list title of the day.

The tournament continues tomorrow at 9:00.