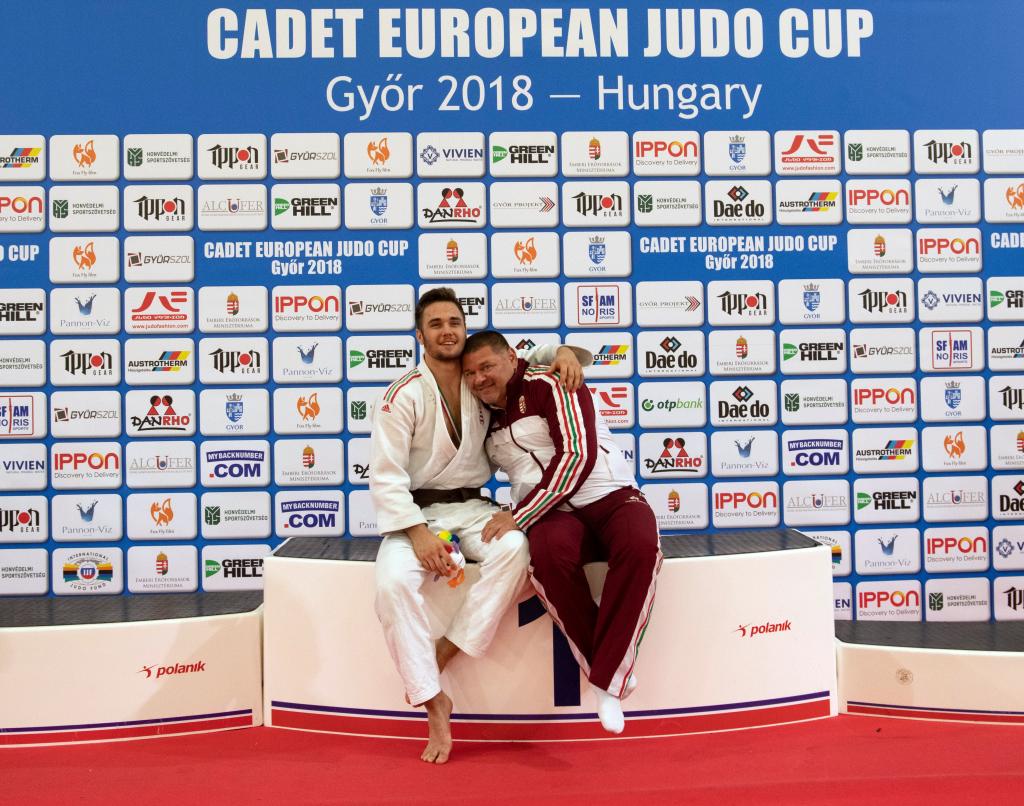 The Cadet European Judo Cup in Győr ended up with a great success for the host nation. With 4 gold, 2 silver and 8 bronze medals, Hungary finished the Cadet Cup at the top of the medal table. They were followed by the Netherlands and France. In total 419 athletes from 27 countries have competed in Győr. One of the gold medal winners was young and talented Hungarian judoka, Nerpel Gergely.

“Nerpel Gergely is practising judo since he was five years old. Judo is his life. I was a bit surprised that he mananged to come to final block because the -81kg weight category is new for him.

Next year, he will start with the first junior competition and hopefully he achieve the same success as before. After getting the bronze medal at Cadet European Judo Championships 2018, and EYOF 2017, it was very gratifying for him to be on the top of the podium now. Hopefully, this success in the new weight-class will give him self-confidence and help to improve himself for the future.”

The Cadet European Cup in Györ was the last of 4 events this year (Grand Prix, U23 European Championships, Junior Cup) organised by the Hungarian Judo Association. A three-day training camp will follow the event.